How Does a Gen III Nuclear Plant Differ From a Gen II?

13 Jun 2022  by azocleantech.com
Nuclear power plants are generally classified by the generation (I, II, III, III+ and IV) of their reactors. Every next generation is more advanced in terms of safety, development and deployment. 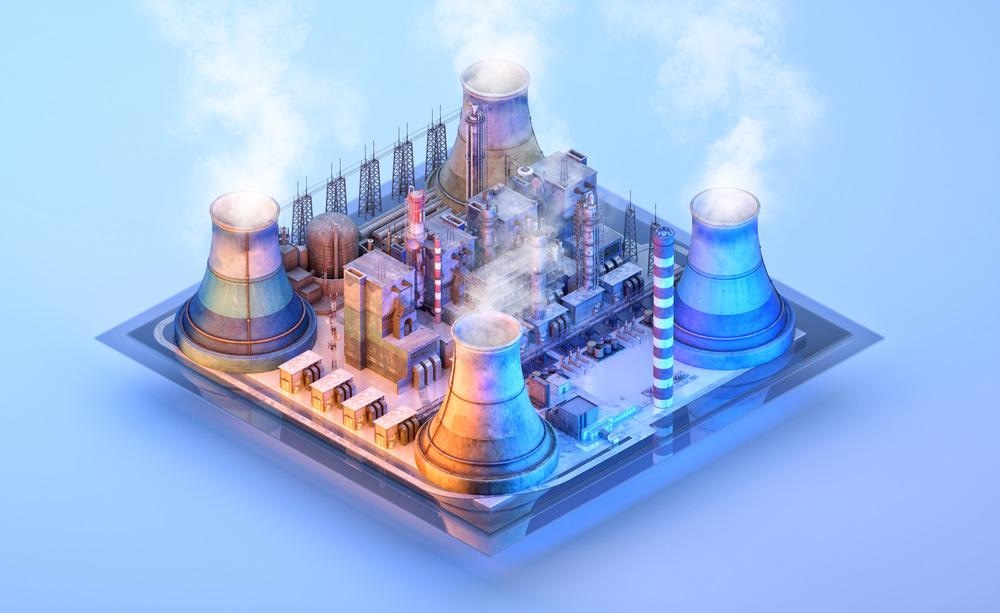 What is a Nuclear Reactor?

A nuclear reactor is the heart of a nuclear power plant which is used to initiate and control nuclear fission or fusion reactions.

With over 440 commercial nuclear power facilities worldwide, nuclear power remains one of the most reliable carbon-free energy sources.

Generation II refers to a category of commercial nuclear power reactors designed to be more cost-effective and reliable than the first generation of nuclear plants. They have a lifespan of approximately 40 years.

These nuclear reactors, also known as light water reactors, employ classic active safety elements, such as electrical or mechanical processes that can be launched automatically or by the operators themselves.

Some engineered systems, such as pressure relief valves, continue to operate and function even without operator control or auxiliary power.

This type of nuclear facility needs relatively large electrical grids and has a set of safety standards based on nuclear safety regulations. It generates enormous amounts of used fuel that must be disposed of in a high-level waste repository or reprocessed as part of a partially or fully closed fuel cycle.

Passive safety is a common element employed in Generation III nuclear facility designs. They do not require active controls or operational involvement in case of an accident. In the absence of electric power, they rely on natural convection, gravity, or resistance to high temperatures to keep things running smoothly.

In the Fukushima Daiichi disaster, the nuclear plant (Gen II) lost AC power and could not start the diesel generators necessary to cool the nuclear reactors. In a similar scenario, an advanced Generation III nuclear power plant would utilize natural circulation, gravity, and compressed gases to prevent overheating the containment and reactor core. Battery-powered systems would be utilized to maintain a secure shutdown until AC power is restored.

A core catcher is included in the design of several Generation III and III+ (evolutionary advancement of Gen III nuclear reactors) nuclear power plants. If the fuel cladding, reactor vessel systems, and associated piping melt, corium (fuel-containing material) will fall into a reactor core catcher, which can hold and cool the molten material. As a result, the nuclear plant is protected.

The control room must be equipped with a dependable control system to operate the nuclear facility safely. The 1979 Three Mile Island nuclear power plant catastrophe showed that the safety of employees has to be prioritized while designing a control room.

In the event of a radioactive release, control rooms are provided with separate air tanks that connect to clean air delivery lines.

Advantages of Using Generation III Nuclear ReactorsThe standardized design of Generation III nuclear plants reduces construction time, maintenance, and capital expenditures. They are easier to run and less susceptible to operational disruptions due to their simplified and robust architecture.

They have greater availability and a lifespan of approximately 60 years. They have a substantial grace period in case of incidents so that the plant requires no active intervention for around 72 hours following closure. They utilize fuel more effectively and generate less waste.

In the last 60 years or more, nuclear technology has advanced significantly. However, obstacles in safety, nonproliferation, the fuel cycle, and economics persist and may become increasingly difficult to overcome, particularly if breakthroughs in nuclear power reactor technology are not brought to market in the next two decades.

The demand for cheap and clean energy is growing with each passing year. As nuclear energy can generate low-carbon electric energy, it is the perfect replacement for fossil fuels. Hence, safe nuclear power production will establish the groundwork for unlimited clean energy.