Russian Forces Just Captured Chernobyl. What Are the Radioactive Risks?

25 Feb 2022  by popsci.com
The facility suffered a catastrophic meltdown in 1986, but actual nuclear weapons represent a more concerning atomic threat. 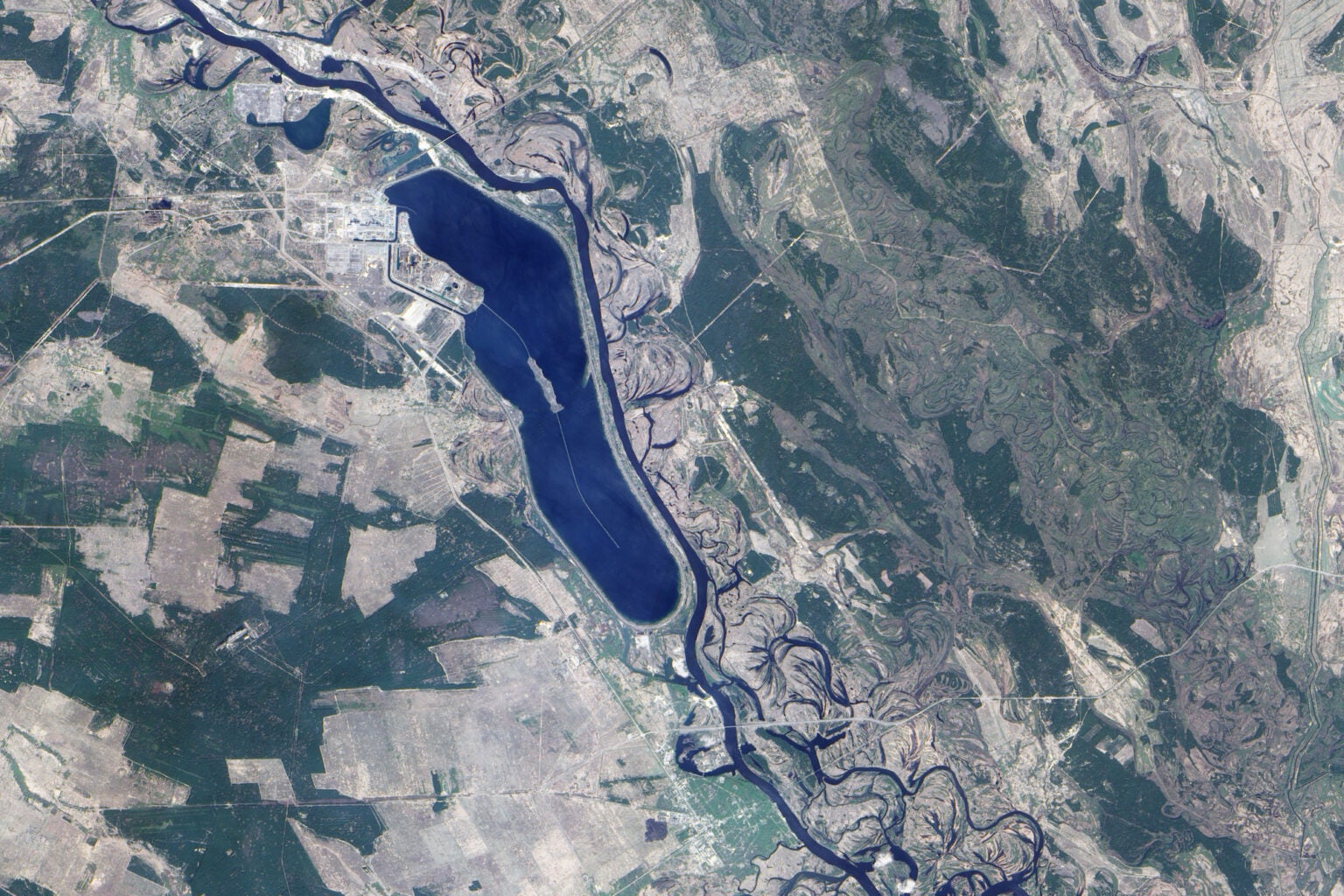 On February 24, following the launch of its unprovoked yet long-prepared invasion of Ukraine, Russian forces captured the disused Chernobyl nuclear power plant. Chernobyl’s Reactor 4 melted down in 1986, a disaster of design and mismanagement that killed 31 people in the immediate aftermath and sent plumes of radioactive fallout across Europe, causing potentially thousands more premature deaths. Chernobyl stopped being an active site of power generation in 2000. But its occupation, even as a disused and contained facility, offers some insight into nuclear power in Ukraine, the war, and the potential risks from fighting around the old infrastructure.

The occupation of Chernobyl took place during Russia’s dramatic and violent invasion of Ukraine. On Thursday afternoon, President Joe Biden addressed the country about the events. “At the very moment the United Nations Security Council was meeting to stand up for Ukraine sovereignty, to stave off invasion, Putin declared his war,” Biden said. “Within moments, missile strikes began to fall on historic cities across Ukraine; then came the air raids, followed by tanks and troops rolling in.”

That Russian troops captured Chernobyl is just one element of a broader war. Here’s what to know.

Why did Russia capture the Chernobyl site?

Russia’s capture of Chernobyl has less to do with any specific radioactive ambitions than it does with simple geography. Pripyat, the evacuated ghost city that houses Chernobyl, sits along a direct highway to Ukraine’s capital of Kyiv. It is also surrounded by marshes. Holding a clear, reliable road on the western side of the river allows Russia to drive its tanks, armored vehicles, and artillery into position, without getting swallowed or stuck in the much of the marshes.

As Russian helicopters and other aircraft race ahead to secure airports or at least deny their use to the Ukrainian military, the slower-moving ground forces are taking and holding secure routes between difficult terrain. Chernobyl, despite its infamy, just so happens to be a safer staging area, and one along an important route.

At the same time, Russian forces there have reportedly taken hostages.

What is contained at the Chernobyl site?

The Soviet Union completed construction of the Chernobyl nuclear power plant in Ukraine in 1977. The 1986 disaster stemmed from a poorly managed safety test, which went so badly that it triggered a catastrophical meltdown and explosions. In December 1986, a steel and concrete “sarcophagus” was built on top of the ruins of Reactor 4, containing the material inside but porous enough to let rainwater in.

The other three reactors at the site continued to operate for years, with the last one shut down in December 2000. The three non-exploded reactors are in a process of gradual decommissioning, a process that will take decades.

Today, Reactor 4 sits under a massive structure of steel and concrete called the New Safe Confinement, which was completed in 2016. As of 2018, an estimated 200 tons of radioactive fuel remained inside the wreckage of Reactor 4 beneath that structure.

That is because the actual radioactive material has been decaying for a long time. Much of that material melted and flowed together in the initial disaster, a human-created lava of uranium, sand, graphite, and zirconium, which then solidified. What could be made airborne with enough targeted explosive force is the congealed detritus of two isotopes, Cesium-137 and Strontium-90.

“The dispersed material has had more than thirty years to decay, so the only hazardous radionuclides left are Cs-137 and Sr-90,” tweeted Cheryl Rofer, a retired nuclear scientist who used to work at Los Alamos National Laboratory. “Explosions would further disperse them, making them less dangerous.”

What Cesium-137 and Strontium-90 remains on the site exists as grime attached to other debris. Exposure to large amounts of Cesium-137 can cause burns, radiation sickness, and death. Strontium-90 is most harmful when ingested, where it can contribute to bone cancers in individuals. Ingestion should be avoided, but cancers operate on a time scale far removed from that of military occupations, likewise making the targeted release of Strontium-90 a poor choice of weapon. Dispersing either by an explosive would eject some into the air, but it would also spread out the grime, lowering the concentrations encountered by any individual person.

In a war where both sides have finite weapons and an abundance of targets, spending any effort of ammunition on destroying a contained disaster from decades ago likely confers no advantage.

“I can’t imagine how it would be in Russia’s interest to allow any facilities at Chernobyl to be damaged,” Edwin Lyman, of the Union of Concerned Scientists, told the Associated Press.

Lyman added that he is most worried about the disruption of electrical power to the site, where cooling pumps are used to keep conditions calm inside spent fuel storage tanks, according to the AP.

What other nuclear risks are there with Russia’s invasion of Ukraine?

Ukraine does have 15 other nuclear reactors, dispersed across four locations. Such sites have modern safety protocols in place. Six of these reactors are located at two sites deep in western Ukraine, near Rivne and Khmelnitsky. The south Ukraine site, near Mykolayiv, houses three reactors, and is on the western side of Dnieper river. The Zaporizhzhya site houses six reactors and sits between Russian-annexed Crimea and the declared separatist republics in eastern Ukraine.

Director General Rafael Mariano Grossi of the International Atomic Energy Agency statement this morning, saying the IAEA “is following the situation in Ukraine with grave concern and is appealing for maximum restraint to avoid any action that may put the country’s nuclear facilities at risk.”

In the United States, nuclear reactors are built to withstand the impact of a jet aircraft slamming into the building. The IAEA notes that “Penetrating (even relatively weak) reinforced concrete requires multiple hits by high speed artillery shells or specially-designed ‘bunker busting’ ordnance,” which would make the specific destruction of a nuclear power plant a planned and deliberate act.