IAEA Continues Efforts for a Safety Framework for Ukraine 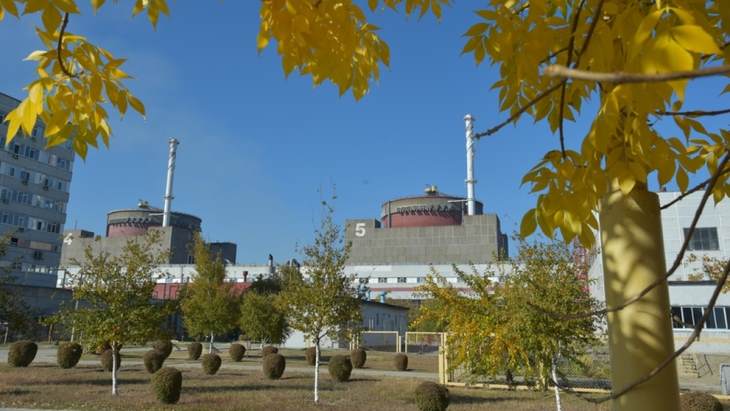 Since then the IAEA has been drawing up detailed proposals for ways to ensure that nuclear facilities in Ukraine are not put at risk during the military conflict.

Measures being considered include the deployment of IAEA staff at nuclear sites.

Grossi said: "With this agreement in place, the agency would be able to provide effective technical assistance for the safe and secure operation of these facilities."

The Ukrainian nuclear operator Energoatom reported on 18 March that all four of its nuclear power plants were operating safely.

The largest of these, Zaporozhe, continues to operate although the IAEA reports that the State Nuclear Regulatory Inspectorate of Ukraine (SNRIU) had said three out of the four power lines to the plant are offline. There is also a standby power line. As with other nuclear power plants, there are also emergency generators on the site.

In its update on 17 March, the IAEA said SNRIU had assured it that, with two power lines still available, there were no safety concerns, although in its 18 March update SNRIU warned that with continuing conflict there remained the "potential threat" of a blackout.

According to SNRIU's update "representatives of the State Atomic Energy Corporation of the Russian Federation 'Rosatom' are still present at the ZNPP site". On 17 March, SNRIU said there was no "reliable information on the purpose and plans" of their presence.

The IAEA says it is getting automated monitoring reports from the country’s nuclear power plants, although it is not getting any from Chernobyl, which Russian forces took control of on 24 February.

Ukrainian staff continue to manage day-to-day operations at Chernobyl but have not been able to leave for three weeks, with the IAEA and SNRIU both concerned about the welfare of staff, and the increased safety risks of staff not being well-rested.