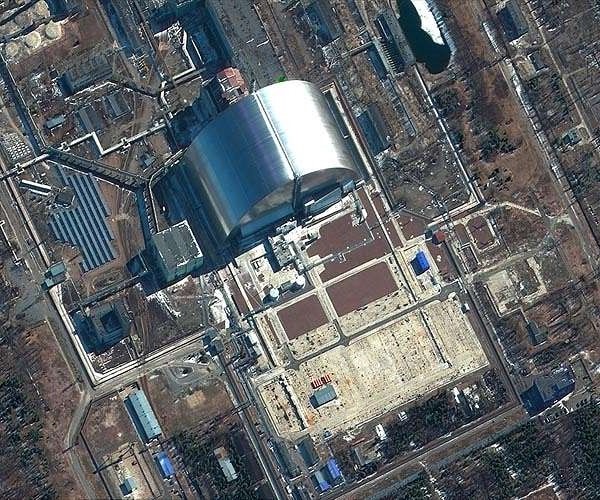 Power at the facility was knocked out on Monday according to Ukrainian authorities after Russian forces damaged a power line, but the International Atomic Energy Agency said later that day it had been informed external power had been restored. It said work was underway to reconnect the facility to the power grid.

"The electrical supply to the Chernobyl nuclear power station is completely restored," the Belarusian energy ministry said in a statement published on the Telegram page of the Gomel region.

"At the current time the electricity supply is being provided from the Belarusian power grid," it added.

The website of the Belarusian energy ministry was unavailable.

Radiation around the power plant, which exploded in 1986 killing hundreds and spreading a radioactive cloud across Europe, remain at normal levels, the statement said citing local monitors.

The station is located close to the Belarusian border.

The retired Chernobyl nuclear reactors are enclosed in a giant steel and concrete sarcophagus but electricity is needed to power security systems including the cooling systems for the spent nuclear fuel storage facility.

But the IAEA said earlier this month that given the time that has passed since the accident in 1986, the heat load and the volume of the cooling pools are together "sufficient for effective heat removal without need for electrical supply".