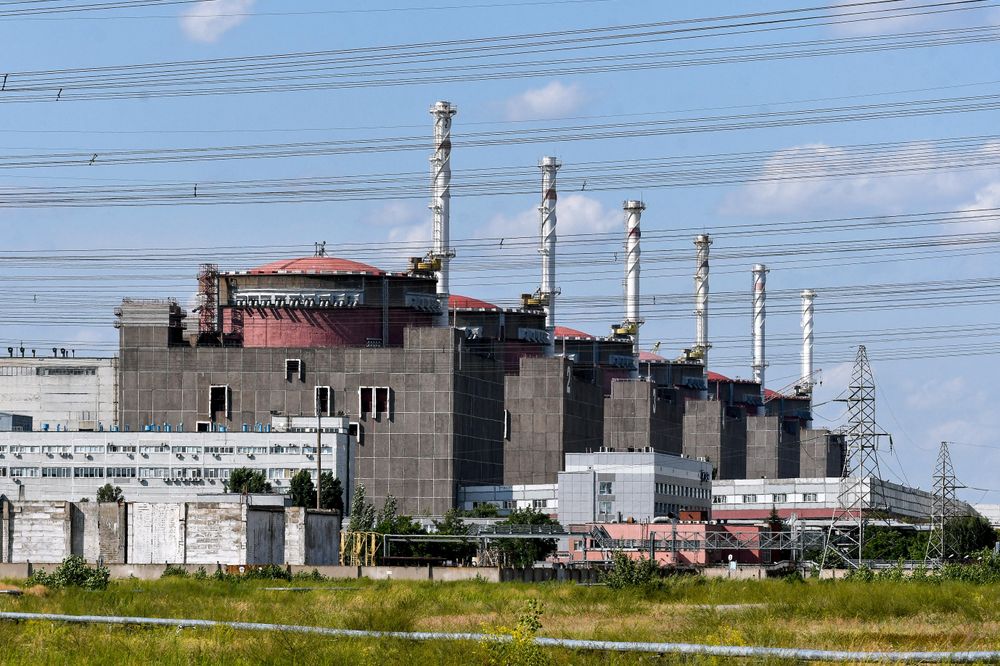 The Zaporizhzhia Nuclear Power Plant (NPP) in Ukraine—after Russia's recent military takeover of the facility—still poses a possible danger that could spiral into a nuclear accident if not managed properly, according to a nuclear expert who has some familiarity with Russian and Ukranian reactors.

Tadashi Narabayashi, professor emeritus at Hokkaido University and now a specially appointed professor of nuclear engineering Laboratory for Zero-Carbon Energy, Tokyo Institute of Technology, recognizes eerie similarities between Zaporizhzhia NPP today and the lead-up to another cascade of nuclear worst-case scenarios from 2011.

“The situation at the Zaporizhzhia nuclear power plant is very serious,” says Narabayashi. “And could easily turn into another Fukushima Daiichi nuclear disaster if all six reactors are shut down and have to depend on the emergency generation systems for any length of time.” 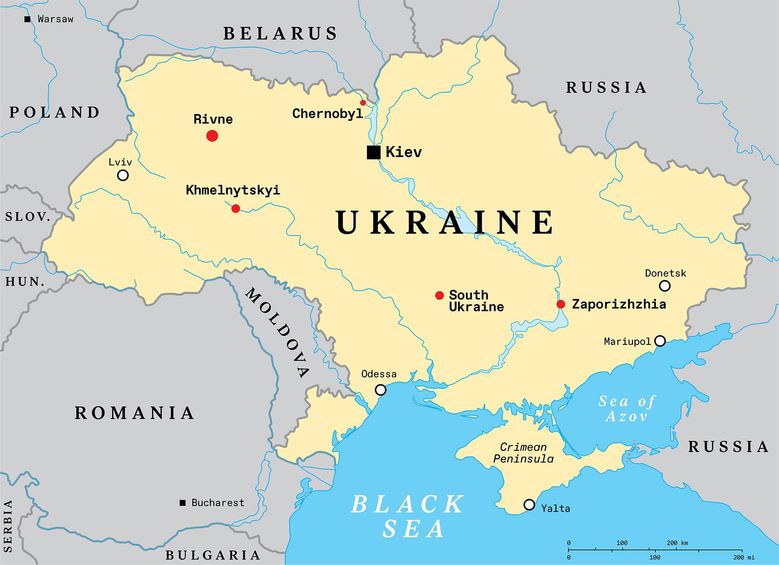 Following Russia's attack on the Zaporizhzhia NPP, which began on 3 March, the International Atomic Energy Agency's (IAEA) director general, Rafael Grossi, told the media that three reactors had been shut down, two were operating in standby mode, and only one, Unit 4, was operating at just 60 percent. However, communication with the plant has been limited since the Russian army seized control. 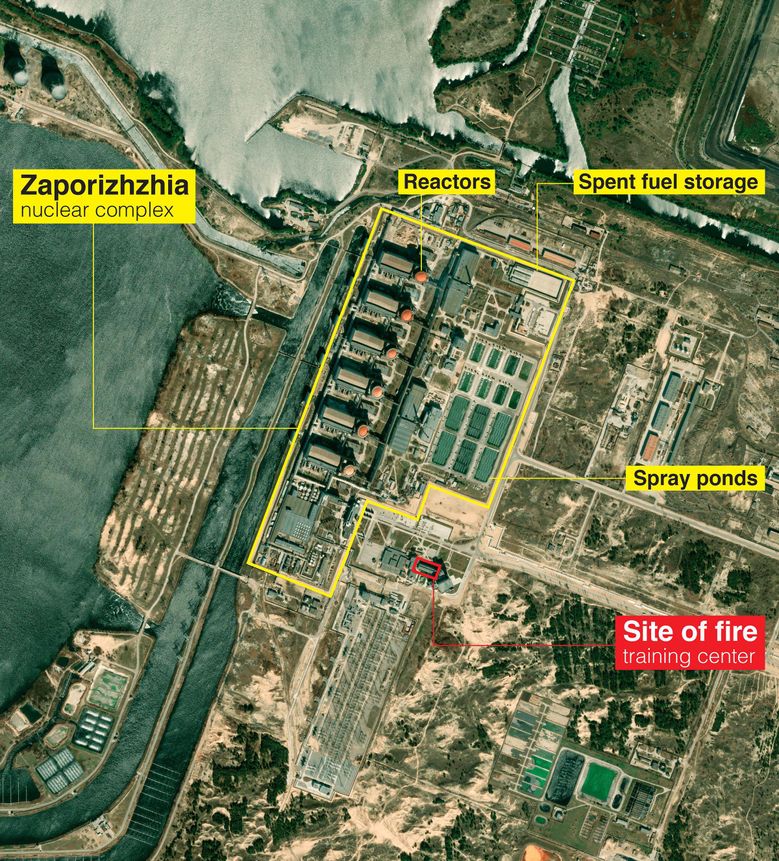 “To have only one unit partly operating is dangerous because the other five units depend on it for electricity to cool down their reactors,” says Narabayashi. He agrees, however, this concern is mitigated by the fact that the two reactors in standby mode could be brought back online—provided they have not also been shut down, of course—though that would take a few days to carry out. But bringing a reactor on standby back online would require the Russian military’s blessing, and he wonders if they appreciate how serious the situation is.

In a worst-case scenario, should all six reactors be shut down for whatever reason, they would become dependent on the emergency diesel generator systems to keep them cool. A report in the Ukrainian media noted the plant is fed by four power lines, but two were damaged in the Russian attack. Provided the remaining two power lines continue to work, they might also be used to provide power to the reactors in an emergency.

In that scenario under war conditions, “it would be very difficult to transport enough fuel to keep all six emergency generators continuously supplied,” says Narabayashi. “And should the transport of fuel be halted, then there would be no electricity, and therefore no capability to remove the heat from the reactors.”

This, he notes, is what happened at the Fukushima Daiichi nuclear plant when the tsunami resulting from the Great East Japan Earthquake in March 2011 swamped the backup emergency generators and most of the cooling systems, resulting in reactor meltdowns and hydrogen explosions.

Media attention to Ukraine's nuclear power plants and former nuclear power plants, though, has lately centered around the Chernobyl reactors, in northern Ukraine—also under control of the Russian military. Yet, Narabayashi cautions, people shouldn't let Zaporizhzhia's physical proximity to Chernobyl cloud the cautionary lessons learned from other nuclear incidents and accidents.

The Zaporizhzhia NPP, Narabayshi says, is a more modern, safer design than Chernobyl. The Chernobyl reactors were an older Soviet design known as RBMK (an acronym that in Russian stands for "high-power channel-type reactor"). Unlike Zaporizhzhia's water-water energetic reactor (VVER) design, the RBMK design sacrificed safety in order to double as a way to produce weapons-grade plutonium. Those safety shortcuts are in part what lead to Chernobyl's catastrophic failure.

When Ukraine’s State Nuclear Regulatory Inspectorate reported on Facebook on the morning of Wednesday, 8 March, that the Chernobyl nuclear site had lost power, it sparked fear in some quarters for the safety of the spent fuel-assemblies stored in spent-fuel cooling pools.

Dmytro Kuleba, Ukraine’s Minister of Foreign Affairs said on Twitter that the only electric grid supplying the plant had been damaged by the Russian army and all power was lost. Emergency diesel generators have kicked in but have fuel for only 48 hours. “After that, cooling systems of the storage facility for spent nuclear fuel will stop, making radiation leaks imminent.”

“The Chernobyl meltdown happened in April 1986. So the spent nuclear fuel bundles (of fuel assemblies) from the damaged Unit 4 reactor have been cooling down in the spent fuel pool for 36 years,” says Narabayashi, who has visited the damaged plant on two occasions. He notes that the three remaining reactors continued running until 2000 before they were shut down for decommissioning. “So the spent fuel bundles from Units 1, 2, and 3 have been cooling down for 22 years.”

Such extended lengths of time, he says, should be sufficient for all the fuel assemblies to cool—and not to pose a substantial threat, at least when compared to Zaporizhzhia's unstable situation today. “While [nuclear materials at Chernobyl] continue to emit decay heat produced by the decay of radioactive fission products, it is very small,” says Narabayashi. “So even if the emergency diesel generators stop, the spent fuel temperature will not reach a high temperature. Maybe 40 degrees Celsius or 60 degrees Celsius. That’s why I believe the spent fuel is safe.”

The IAEA has also put out a statement saying the situation at Chernobyl is not critical. The agency says that because of the time elapsed since the Chernobyl disaster, the existing water pool used to cool the fuel assemblies is sufficient, even if new water cannot be pumped in due to a lack of power.