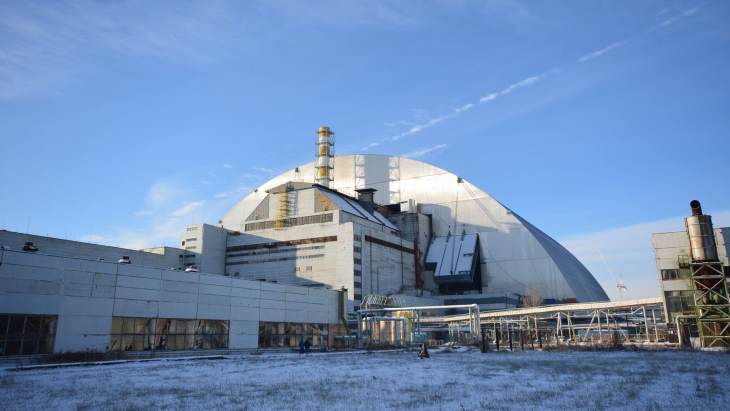 The State Nuclear Regulatory Inspectorate of Ukraine (SNRIU) has expressed growing concerns about the situation at Chernobyl and at Zaporozhe, where Ukrainian nuclear power plant staff are working on sites under the control of Russian forces.

In its update at 08:00 (06:00 GMT) on 8 March, SNRIU said that 8 out of 15 of the country’s reactors were working safely, but it said that after a fourth day under the control of Russian forces, staff at Zaporozhe were facing "psychological pressure” and “interference in their work" which could have “a negative impact” on safety.

It said that the site’s website remained down, but mobile communication was being improved in the area. There remain issues with the "supply of foodstuff to shops". Two of the site’s six power units continue to operate and are connected to the grid.

SNRIU also gave an update on the situation at Chernobyl, which has been under the control of Russian forces for 13 days. It said that it was not able to carry out its regulatory control of the site and said operation of the automated radiation monitoring system had yet to be restored.

But "according to the information received from the Chernobyl personnel … safety parameters of the facilities are still within the standard limits".

It said there was no landline or mobile phone communication with staff at the site, and road and rail travel to the site are also yet to be restored.

It added that "scheduled activities, maintenance and repair of systems and equipment" and any work involving off-site contractors had not been carried out since 24 February. This meant certain sensors had not been restored which complicates the safe operation of the site, it added.

In a statement posted at 16:00 on Tuesday 8 March, SNRIU's acting chairman Oleh Korikov said that despite Ukraine's efforts "no diplomatic efforts of the IAEA and other international partners have led to real results in reducing or eliminating military risks at Ukraine's nuclear facilities".

He said the risks were not just at Chernobyl and Zaporozhe, but also said that in the city of Kharkov its oncology centre was destroyed, and a nuclear research facility was damaged.

He said: "Military seizure of nuclear installations, as well as military actions against other nuclear facilities and facilities using radiation sources ... create risks unprecedented in their scale."

Meanwhile CERN - the European Council for Nuclear Research - said it had suspended Russia’s status as an observer and "will not engage in new collaborations with the Russian Federation and its institutions until further notice".

It added: "CERN was established in the aftermath of World War II to bring nations and people together for the peaceful pursuit of science: this aggression runs against everything for which the organisation stands."

In its latest update on the situation, on the evening of 7 March, the International Atomic Energy Agency restated its readiness to hold talks with both sides to reach agreement on measures covering the safety and protection of nuclear sites in Ukraine.

Director General Rafael Mariano Grossi said: "We have already had several episodes compromising safety at Ukraine’s nuclear sites. We must take action to help avert a nuclear accident in Ukraine that could have severe consequences for public health and the environment. We can’t afford to wait. I have said I am willing to travel to Chernobyl, but it can be anywhere, as long as it facilitates this necessary and urgent action."