16 Nov 2021  by World Nuclear News
Rosenergoatom has agreed to partner with Russia's biggest steelmaker, NLMK, on clean power supply, including potentially the supply of nuclear energy to new facilities at the huge Stoilensky mining and processing site. "Increasing the share of low-carbon energy sources is one of NLMK Group’s priority initiatives," the company said. "Nuclear energy is one of the main decarbonisation tools, currently accounting for a third of global low-carbon electricity production," it added. 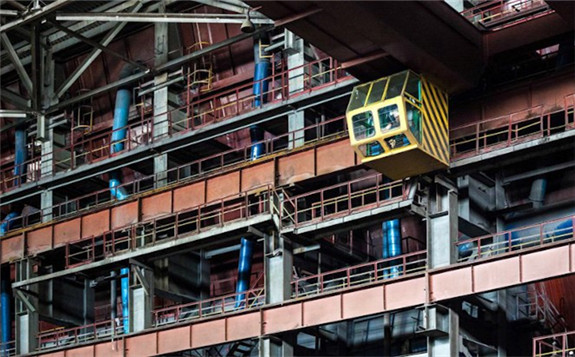 NLMK lists "Minimisation of environmental footprint, including a reduction of specific emissions per tonne of steel ... to the level of the best available EU technologies" among its goals.

Rosenergoatom already has agreements to supply over 3 TWh of clean electricity to NLMK this year, which is equivalent to about 380 MW of nuclear generation at a 90% capacity factor. The partnership agreement the companies announced on 12 November could see this increase when new facilities at Stoilensky start production in 2027 or 2028, the companies said.

Rosenergoatom's deal with NLMK also includes an aspect of demand management in which large electricity consumers are paid a premium to reduce their demand during times of peak demand. "The absolute values across the country are very modest," said Rosenergoatom's Deputy General Director and Sales Director, Alexander Khvalko. "However, the demand for this service is growing at a good pace. During this year we have increased the total unloading capacity from 5 to 100 MW."

“Rosenergoatom intends to continue to cooperate with industrial consumers within the framework of free contracts, supplying them with low-carbon electricity produced at nuclear power plants." said Khvalko. "This service is becoming more and more popular," he added. "This year alone, Rosenergoatom has signed free contracts for the amount of about RUB5 billion (USD69 million)."

Stoilensky is a large iron ore extraction and processing site in the Belgorod region, which borders Ukraine. It produces about 18% of Russia's iron ore in the form of concentrates, sinter ore and iron ore pellets to the value of around RUB52.7 billion per year. It employs 5900 people.

The World Steel Association (WSA) recently named NLMK a 'Sustainability Champion', which means the association considers NLMK has proven its commitment to the principles of sustainable development. In 2020, NLMK Group also joined Step Up, the WSA's decarbonisation programme, which aims to reduce the industry’s environmental impact, and prepared data on the life cycle of the resources it uses in the production process.