06 Nov 2021  by World Nuclear News
Switzerland is committed to maintaining and strengthening its regulatory framework for nuclear and radiation safety, an International Atomic Energy Agency (IAEA) team of experts has concluded. The Integrated Regulatory Review Service (IRRS) mission team said a key challenge for the country is to keep and to build new safety competence for the future by evaluating anticipated gaps in expertise and in identifying actions required to fill them. 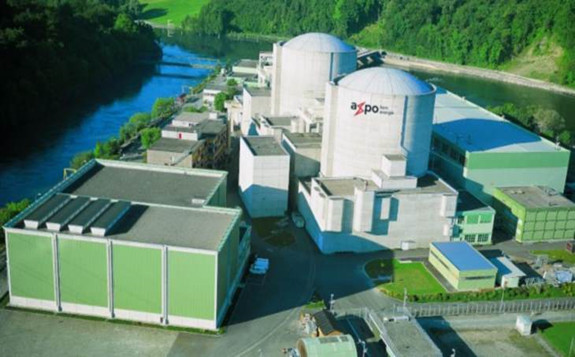 The IRRS mission to Switzerland was conducted at the request of the Swiss government and hosted by the Swiss Federal Nuclear Safety Inspectorate (ENSI), the national regulatory body for safety and security of nuclear facilities.

During the 18-29 October mission, the 20-member team - comprised of 17 senior regulatory experts from 15 countries, as well as 3 IAEA staff members - reviewed facilities and activities regulated by ENSI. This included four operational power reactors, one operational research reactor and a national interim storage facility for radioactive waste.

The team identified good practices in the area of safety culture. ENSI continuously improves its internal safety culture and promotes the proactive safety culture of licensees through periodic focus groups. The team also noted: the role of ENSI in implementing the regulatory policy and associated requirements for continued safety improvements at nuclear power plants; the collaborative dialogue among all federal cantonal authorities involved in the licensing process of nuclear facilities; and the periodic security background tests for ENSI's staff, including evaluation of a potential lack of impartiality.

The team also identified several recommendations and suggestions to further enhance the Swiss regulatory system and the effectiveness of the regulatory functions in line with IAEA safety standards. These include: the government should set up legal provisions to allow for the prosecution of a licensee in addition to an individual; and ENSI should update its procedures for clarifying the role of inspectors in the enforcement process, including in relation to the immediate corrective actions inspectors are authorised to take.

ENSI noted the recommendations and instructions of the mission are not legally binding on Switzerland. However, it said it will work through them within the framework of an action plan. A follow-up mission on the part of the IAEA will assess how the improvement suggestions have been implemented in the coming years.

"Switzerland has a mature regulatory infrastructure for nuclear safety and radiation protection," said IRRS team leader Petteri Tiippana, director general of the Finnish Radiation and Nuclear Safety Authority. "As the country phases out its national nuclear power programme, its main challenge at the national level is to maintain and build the competence of parties with safety responsibilities, that is, ENSI and the nuclear industry including NPP licensees."

The final mission report will be provided to the Swiss government in about three months. Switzerland plans to make the report public.

ENSI Director General Marc Kenzelmann said: "ENSI welcomes an IAEA review of our oversight work to better understand the degree of implementation of IAEA safety standards in Switzerland. The outcomes of the mission will strengthen our regulatory framework by setting out the precise areas to focus on within ENSI's continuous improvement programme."

Switzerland currently has four nuclear reactors generating about 35% of its electricity. A new Swiss energy policy was sought in response to the March 2011 accident at the Fukushima Daiichi plant in Japan. Two months later, both the Swiss parliament and government decided to exit nuclear power production. The Energy Strategy 2050 initiative drawn up by the Federal Council calls for a gradual withdrawal from nuclear energy. It also foresees expanded use of renewables and hydro power but anticipates increased reliance on fossil fuels and electricity imports as an interim measure.