Ukrainian nuclear utility Energoatom said on 21 July that an incoming inspection of nuclear fuel manufactured by the Swedish division of US-based Westinghouse was underway at unit 3 of the Rovno NPP. The nuclear fuel is planned to be loaded into the reactor core in 2022 during the next scheduled outage. 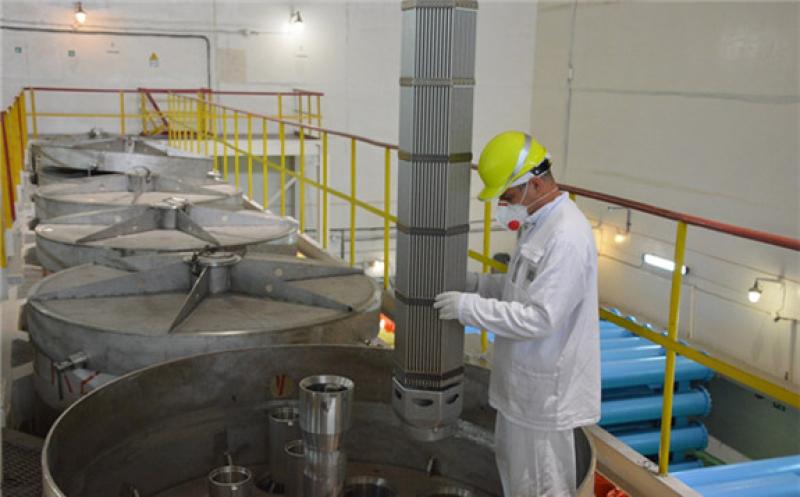 Currently, within Ukraine’s framework for the Nuclear Fuel Diversification Programme for VVER-1000 reactors, six out of 15 domestic reactors are operating on Westinghouse fuel: South-Ukraine NPP units 2 and 3 and four power units of Zaporozhye NPP. Energoatom is the operator of four nuclear plants in Ukraine (Zaporozhye, Rovno, South-Ukraine and Khmelnitsky), which comprise 15 nuclear reactors. Thirteen are VVER-1000s and two (Rovno units 1&2) are VVER-440s. They have a total installed capacity of 13.8MWe.

In June Rovno NPP specialists visited the Westinghouse Electric Sweden AB plant in Vasteras, Sweden, to become familiar with the process for manufacturing the fuel assemblies, a set of technical documentation, including lists of manufacturing deviations, as well as repaired assemblies and acceptance reports following an outage.

So far, 42 Westinghouse fuel assemblies in 7 standardised ISO containers have been delivered to the Rovno site, where specialists are inspecting them. Vitaliy Shumyk, the head of the Rovno Nuclear Fuel Laboratory, explained that the process involves unpacking ISO containers, checking the geometric dimensions and multiple-elevation placement of fuel assemblies, inspecting of bottom and top nozzles and inspecting for mechanical damage and foreign objects, as well as displacement of new fuel assemblies to storage canisters. The process is supervised by representatives of Westinghouse and the National Science Centre the Kharkiv Institute of Physics and Technology.

The first fuel assemblies from this batch will be loaded into Rovno 3 next year, said Dmytro Halkin, Deputy Chief Engineer of for Nuclear and Radiation Safety at the plant. “They will be operated throughout the fuel campaign. That is, every year fresh Westinghouse assemblies fuel will be loaded into the core. Thus, in four years, the entire reactor core will be filled with Westinghouse fuel,” he noted. “ So from 2025, Rovno 3 will operate completely on the US nuclear fuel.”

In September 2020, Energoatom signed a contract with Westinghouse for the supply and licensing of nuclear fuel for two Ukrainian VVER-440 reactors – Rovno NPP units 1 and 2. Thus, according to Energoatom’s head Petro Kotin, the Company has taken another step in the implementation of the Nuclear Fuel Diversification Programme and is the first in Europe to start using Westinghouse fuel for VVER-440 nuclear units. It is planned that in 2024 the first batch of 12 Westinghouse fuel assemblies will be loaded into Rovno 2, an will undergo trial operation for 4-6 years.