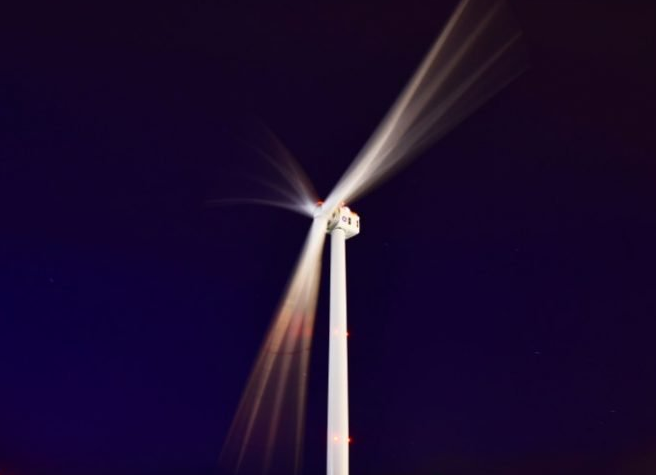 The blade will undergo a series of fatigue tests that will involve moving it millions of times over the next few months to validate that it can withstand more than 25 years of operation out at sea. This US-based testing is part of the process of commercialising the Halide-X turbine by 2021.

“This has really been a collaborative effort on the part of the company to be part of solving the challenges associated with the energy transition,” said GE Chairman and CEO H. Lawrence Culp, Jr.

“We think the Haliade-X is the right turbine at the right time as the offshore industry globally and particularly here in the U.S. is poised to take off.

Back in Europe, GE announced only two days later that its Halide-X 12 MW prototype installed at Rotterdam-Maasvlakte successfully produced its first power, an important step towards obtaining the necessary regulatory approvals in 2020.

“This first kWh is a critical achievement for our whole team, bringing to fruition our vision and all the hard work put in place,” explained John Lavelle, CEO of Offshore Wind at GE Renewable Energy.

The 12 MW Haliade-X is already scheduled to be deployed at the 120MW Skip Jack and the 1,100MW Ocean Wind projects in the United States, as well as the 3,600MW Dogger Bank offshore wind farm in the United Kingdom.

A second prototype nacelle unit is being assembled in Saint-Nazaire, destined to soon be shipped to ORE Catapult’s testing site in the UK where it will undergo further real-world operational testing in an effort to reduce the time required to validate performance and reliability.

While a sizeable step up from its world-leading 8 MW direct drive turbine, Siemens Gamesa (and Danish competitor Vestas) are still behind GE’s position, highlighting the frenetic competition to deliver ever larger wind turbines.

Siemens Gamesa CEO Markus Tacke said that its 10 MW turbine will “bridge market demand” until the company makes what it is describing a “true step change” – referring to the as-yet-unnamed and un-nameplated ‘1X’ platform which is expected to be unveiled and in showrooms in the middle of the next decade.