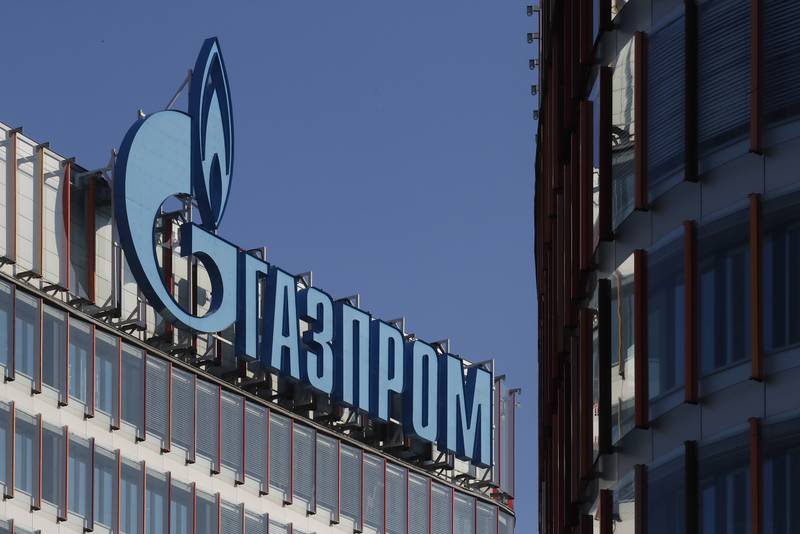 A Gazprom office in St Petersburg. The Russian state-owned energy company said it will slash gas flows through Nord Stream 1 to 20 per cent of the pipeline's capacity. EPA

Russian state-owned energy company Gazprom said it will further cut gas flows through Nord Stream 1, Russia's biggest gas pipeline to Europe, as it waits for the delivery of a vital turbine after repairs.

The company said it needs to halt the operation of a Siemens gas turbine at a compressor station, which is expected to reduce the gas flows through Nord Stream 1 pipeline to 33 million cubic metres from July 27.

"Due to expiration of time before prescribed time for overhaul, Gazprom is shutting down one more gas turbine produced by Siemens at the Portovaya CS," it said in a tweet.

Gazprom said it was concerned about the delivery of the turbine from Canada due to the potential impact of western sanctions imposed on Russia following its conflict with Ukraine.

“Gazprom received from Siemens documents issued by the Canadian authorities. However, after studying the documents, Gazprom had to conclude that they do not eliminate the previously identified risks and give rise to additional questions,” the Russian energy company said.

Russia resumed supplies through Nord Stream 1 on Thursday after a 10-day shutdown for maintenance. This partially ended speculation that Moscow could cut off gas supplies to the continent for good, as early as July.

However, Russian President Vladimir Putin had warned last week that flows could drop to 20 per cent if the turbine issues are not resolved.

“Issues regarding the sanctions imposed by the EU and the UK remain unsolved for Gazprom, although the resolution of such issues is important for delivering the engine to Russia and performing urgent major repair of other turbine engines,” Gazprom said.

Flows through the 1,224-kilometre Nord Stream 1 pipeline were already reduced to 40 per cent of capacity since last month. This is because a separate turbine is delayed following repairs in Canada after uncertainty over the impact of sanctions on Russia.

For months, European leaders have been dealing with the prospect of losing Russia’s natural gas supply, which accounts for about 40 per cent of European imports and has been a crucial lifeline for the continent.

EU countries are considering revisions to a plan for reducing demand for gas through the winter, after some governments demanded more flexibility. 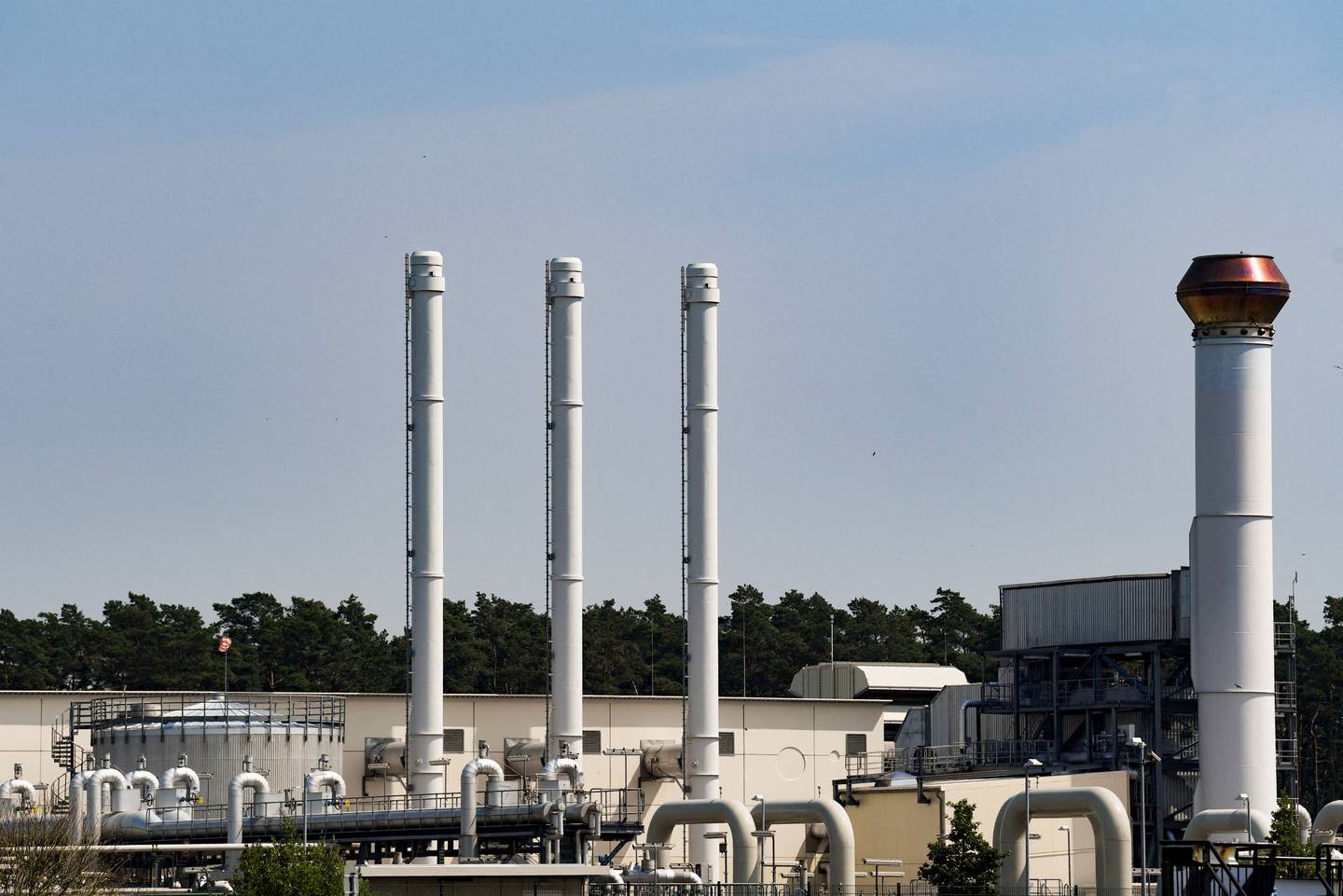 Pipes at the landfall facilities of the 'Nord Stream 1' gas pipeline in Lubmin, Germany. Reuters

The International Energy Agency has been warning Europe of the impending crisis, urging the EU to put in place appropriate contingency plans.

“The gas crisis in Europe has been building for a while and Russia’s role in it has been clear from the beginning,” the agency's executive director, Fatih Birol, said last week.

The EU will now need to take immediate steps to ensure it has enough stocks to last throughout winter.

If Nord Stream 1 flows remain at a minimum of 40 per cent of capacity and imports through other routes remain at the levels reported since June 17, before the maintenance began, Europe will be able to refill storage to more than 80 per cent by November 1. This is according to a recent report from energy consultancy Wood Mackenzie, which also said Europe will manage gas demand during the winter if the same criteria are met.

Wood Mackenzie expects that Europe will be able to pull through the winter season with a comfortable level of storage under normal weather.

Alternatively, if Russia decides to reduce Nord Stream flows to zero by August this year, Europe will be able to refill its storage to between only 70 per cent and 75 per cent by the start of winter. Russia could then finish the heating season with about only 10 billion cubic metres of gas in storage, risking some demand curtailments.

According to Wood Mackenzie’s analysis, if winter is unusually cold in Europe and Asia, there is a risk that gas in storage could run out by the end of February 2023.

The impact of drastic reduction in Russian gas supplies will differ by countries. The ones most dependent on Russian gas, such as Germany, Austria and Central and Eastern Europe, will be most exposed.