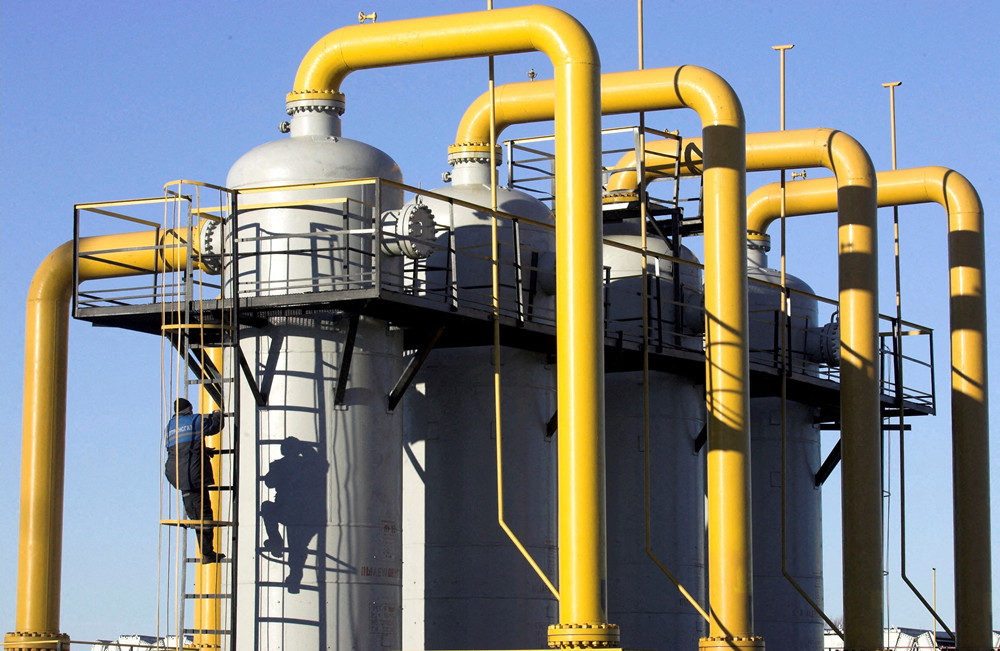 Russia warned late on Monday that it could reduce supplies to Germany via the Nord Stream 1 pipeline in response to Berlin’s decision last month to halt the opening of the new Nord Stream 2 pipeline, but said it has not made a decision yet.

Westward flows at the Mallnow border point on the Yamal-Europe pipeline stood at around 7.9 million kilowatt hours (kWh/h) per hour at 0700 GMT, after flowing at 12.9 kWh/h overnight, data from operator Gascade showed.

Flows on the pipeline via the Nord Stream 1 pipeline remained at steady levels on Wednesday morning, according to Refinitiv Eikon data.

Despite Russia’s invasion of Ukraine, gas also continued to flow via Ukraine into Slovakia with nominations at the Velke Kapusany border points standing at 882,167 megawatt hours (MWh) per day, almost unchanged from previous days, data from the Slovakian gas TSO showed.

Russian energy giant Gazprom said in a statement that it supplies 109.5 million cubic metres (mcm) of gas via Ukraine as of Wednesday for European consumers.