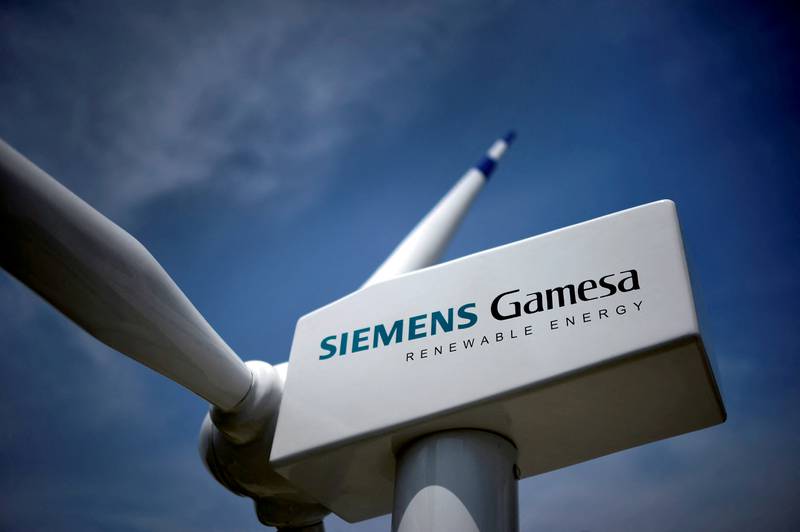 Siemens Energy on Saturday launched a €4.05 billion ($4.28bn) bid for the remaining shares in struggling wind turbine unit Siemens Gamesa, hoping to remove a complex ownership structure that has weighed on its shares.

Siemens Energy said the €18.05 a share bid constitutes a premium of 27.7 per cent over the last unaffected closing share price of Spanish-listed Siemens Gamesa of €14.13 on May 17. It is a 7.8 per cent premium to Friday's closing price.

Siemens Energy has faced mounting shareholder pressure to seek control of Siemens Gamesa, in which it owns 67 per cent, a stake it inherited as part of a spin-off from former parent Siemens.

That stake has given Siemens Energy little influence to deal with product delays and operational problems at Siemens Gamesa. The group has issued three profit warnings in less than a year.

“It is critical that the deteriorating situation at Siemens Gamesa is being stopped as soon as possible, and the value-creating repositioning starts quickly,” said Joe Kaeser, Siemens Energy's supervisory board chairman.

This year, sources told Reuters that Siemens Energy was exploring options to acquire the remaining stake in Siemens Gamesa and a deal could materialise by summer.

Siemens Energy said it plans to finance up to €2.5bn of the transaction with equity or equity-like instruments, adding a first step could be a capital increase without subscription rights.

The remainder would be financed with debt as well as cash on hand, Siemens Energy said, adding it aimed to delist Siemens Gamesa. Spanish stock market regulations allow that once ownership of 75 per cent is reached.

“This transaction comes at a time of major changes affecting global energy,” Siemens Energy chief executive Christian Bruch said. “Our conviction is that the current geopolitical developments will not lead to a setback to the energy transition.”

Siemens Energy said the deal would lead to cost synergies of up to €300 million annually within three years of the full integration, mainly as a result of more favourable supply chain management, combined administration and joint R&D.

The deal should close in the second half and is expected to achieve revenue synergies of a mid triple-digit million amount by 2030, the group said.