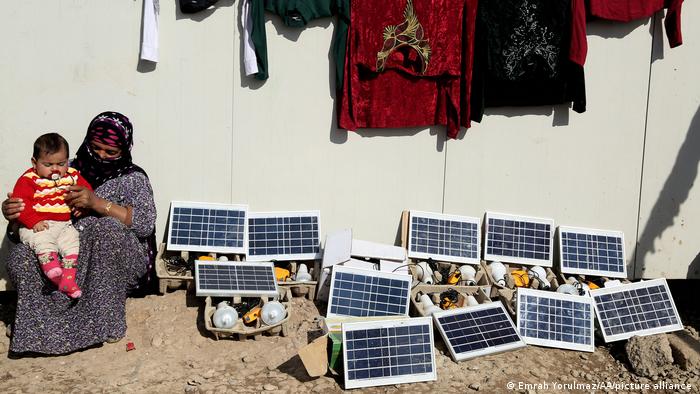 For many in Europe, the war in Ukraine and passionate discussions about how to ban Russian energy exports are yet another sign that renewable energies are the future.

Wind, solar and hydropower are seen as tools to building energy security, as well as being more environmentally sustainable.

The Middle East has plenty of potential for solar power. Some countries there also have pressing national concerns about electricity, especially in those where the government-run electricity grid doesn't function or fuel must be imported.

Yet, despite being among the sunniest places on earth, most Middle Eastern countries don't yet come close to Europe's solar power generation abilities per capita.

For example in 2020, there were 810 kilowatt hours of solar power produced per person in the European Union. Morocco and Saudi Arabia, two of the regional leaders in solar energy, respectively produced 106 and 74 kilowatt hours per person the same year. 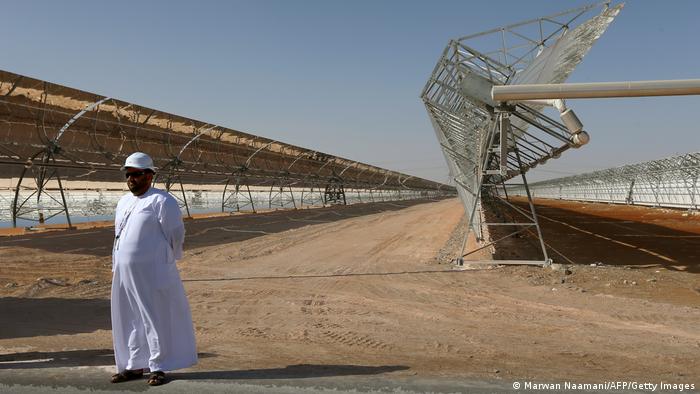 Why is solar power taking so long?

For some countries, like Saudi Arabia, there was no need push solar, they simply produced electricity with their own oil. In others, where everyday life is already difficult for citizens and businesses; disorganization, corruption and a lack of cash have hampered the establishment of solar power production.

For example, Iraq is known for financial corruption and political instability. It is still trying to form a government right now, despite the fact that elections took place last October.

Since 2019, successive Iraqi leaders have become more serious about solar energy, said Harry Istepanian, a Washington-based energy consultant specialized in Iraqi energy, in a 2020 paper on the topic.

But, as Istepanian explained, potential investors have been prevented from going further due to, "economic, political, transparency and security uncertainties."

Similar problems plague Lebanon, which is going through its worst financial and political crisis in decades. As energy specialists from the American University of Beirut pointed out in a September 2021 report, the country's main utility company is part of the problem.

"Lebanon's electricity sector and specifically [the public power company] EDL have long been highlighted as key contributors to the economic and financial crisis the country is witnessing," they wrote.

Lebanon often functions despite its government, not because of it, and locals regularly take matters into their own hands. The current lack of electricity and rising costs of fuel for private generators has caused more demand for private solar power set-ups at businesses and in the homes of wealthier Lebanese. Each solar set-up costs at least US$4,000 (€3,675).

The use of private solar power is popular in Yemen for similar reasons. War and instability saw the public electricity grid there collapse. Today, well over half of the population uses decentralized solar power, according to the Berlin-based non-profit NGO Energy Access and Development Program (EADP). 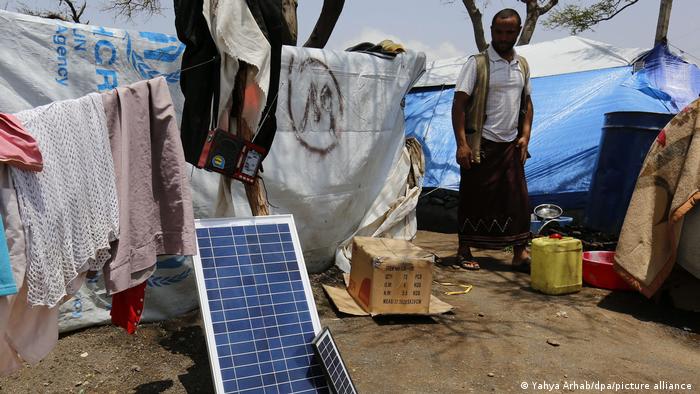 Other countries in the Middle East have been much more successful at installing solar power at the national level.

Since 2015, some Middle Eastern countries have been moving toward what is often described as a solar power boom. The Gulf states, Morocco, Jordan and Egypt are leading the way.

Often the countries succeeding with solar power are those with a stronger central government.

The United Arab Emirates (UAE) — a group of wealthy, oil-and-gas-exporting monarchies characterized by authoritarian leadership — are the front runners. In 2020, the UAE was one of the world's biggest producers of solar energy, cranking out 1,385 kilowatt hours of power per capita.

The Saudis, another country where renewables are part of their autocratic ruler's vision, are also forging ahead with solar power, as is Oman.

Morocco, another of the region's leaders in renewable energies, plans to produce over half of all of the country's energy with renewables by 2050. Those plans are also supported by the country's royal family.

"Renewable energy has become a reign-long project," explained Henri Louis Vedie, a senior fellow at the Moroccan think tank Policy Center for the New South (PCNS), in a 2020 briefing.

Friendly neighbors in the region are also investing in one another. For example, Oman's first major solar energy plant, which was completed in January and can power 50,000 homes, was funded by investments from Saudi Arabia and Kuwait.

Renewable energies are also seen as a way of diversifying Gulf countries' business opportunities, which up until recently were mostly about oil exports.

Could the Ukraine war kill the solar power boom?

The war in Ukraine could cause problems in logistics and supplies for renewable energy projects in the Gulf, however, said Li-Chen Sim, a non-resident scholar at the Middle East Institute (MEI), a Washington-based think tank.

Russian and Ukrainian companies play a significant role in the complex web of commodities and components needed for renewable energy systems the expert on the political economy of the Gulf states and Russian energy concluded, pointing to raw materials like steel, aluminum, cobalt, nickel, neon and palladium.

But in other ways, war in Europe might encourage more investment in solar power.

One of the reasons the Saudis decided to push for more solar power over the past decade was because they were using too much of their own oil at home. Saudi Arabia wanted to export oil instead of generating electricity with it. 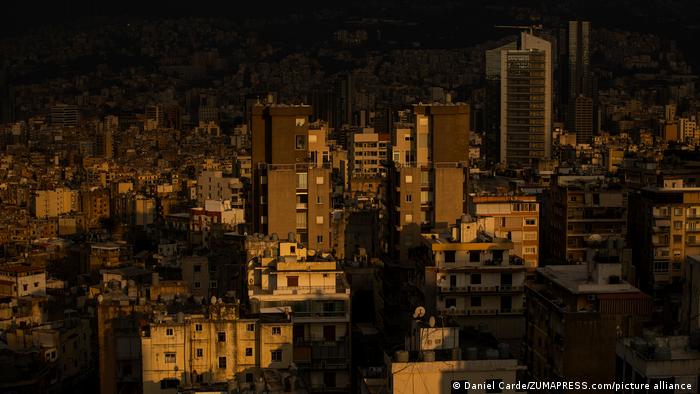 Given that Europeans are now trying to reduce — and perhaps phase out — imports of Russian oil and gas, demand for Middle Eastern replacements is likely to rise, Sim said. So the Gulf states will want to produce more hydrocarbons for export as well as, "scale up renewable energy projects to free up domestic consumption of hydrocarbons," she told DW.

Global oil prices are rising and the more expensive oil gets, the less countries like Saudi Arabia will be willing to use it to make their own heavily subsidized electricity.

There is already much interest in tapping into Morocco's ability to produce solar power, Baumann explained, even if the technology to transport this kind of electricity to Europe is not yet fully developed.

"There's no shortage of projects and I assume interest is growing," he told DW.

But it will take some time, Baumann cautioned: "Morocco will probably only be able to make substantial contributions to securing the energy supply with renewable energies in Europe in 10 years' time."