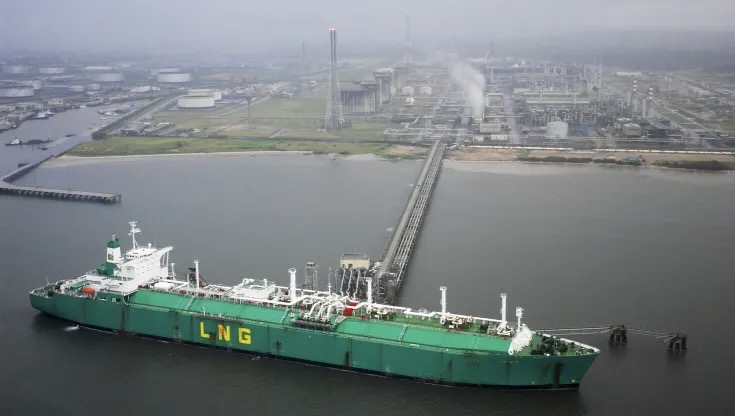 Russia and the West remain at odds over payment for natural gas exports, on which Europe, in particular, is heavily dependent, with Moscow insisting “unfriendly” countries pay for gas deliveries in Russian rubles, a demand G-7 nations have rebuffed.

The divergence comes in the wake of an unprecedented and coordinated barrage of international sanctions leveled against Russia for its invasion of Ukraine.

The U.S. has declared a complete ban on Russian oil, gas and coal imports, while the U.K. intends to phase out Russian oil by the end of the year and the EU aims to cut its reliance on Russian imports by two-thirds.

Russia accounts for around 40% of the EU’s natural gas exports, with Germany and Italy particularly exposed. Germany issued an “early warning” on Wednesday that natural gas rationing could be required if a full supply shortage ensues.

The EU has struck a deal with the U.S. for an additional 15 billion cubic meters of LNG, though former U.S. Energy Secretary Dan Brouillette said Monday that this would not be enough to fill the Russian shortfall.

Italian Foreign Minister Luigi di Maio told CNBC on Tuesday that over the past month, he had traveled to countries such as Mozambique, the Republic of Congo and Angola in a bid to forge new LNG supply partnerships.

“Energy security is fundamental for countries that are global manufacturing powers like Italy and many others, and we must be able to diversify our energy sourcing,” Di Maio said.

“We are diversifying away from our dependence on Russia to avoid any eventual threats from Russia on our gas supply and to continue our green transition with new and different energy sources.”

In a research note last week, Africa analysts at political risk consultancy Verisk Maplecroft said that while the continent cannot fill the void left by Russian natural gas imports, it could help to shore up supply.

Oil majors BP, TotalEnergies and Eni have all established a presence on the African subcontinent from which to build, along with U.S. oil majors such as Exxon Mobil.

Verisk Maplecroft noted that BP is furthest along in efforts to bring online a major LNG project in sub-Saharan Africa and could double down on these, particularly at the Tortue gas fields straddling the border between Senegal and Mauritania.

Eni CEO Claudio Descalzi announced earlier this month the Italian giant is able to provide Europe with an additional 14 trillion cubic feet of gas between now and 2025 from assets situated around the world, including in Angola, Congo, Nigeria and Mozambique. Angola and Congo have already agreed to boost gas exports to Italy, with Eni serving as an intermediary.

Analysts Alexandre Raymakers, Maja Bovcon and Eric Humphery-Smith highlighted that Senegal, Mauritania, Nigeria and Angola are best placed to increase production, though the bulk of new supply will not arrive until the second half of the decade.

“The political and fiscal stability in Senegal and Mauritania mean that projects are well placed for LNG development, while the likely re-election of the MPLA in Angola in August 2022 will also enable an uptick in investment,” Verisk Maplecroft said.

Mozambique is also host to colossal natural gas reserves, with several European energy giants establishing facilities in the country, but it is beset by a violent Islamist insurgency that has forced shutdowns at some of these facilities in recent years. 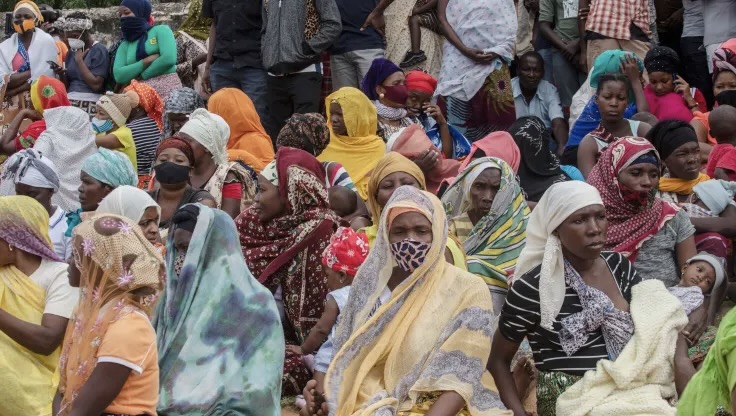 Pemba, Mozambique - Families wait outside the port of Pemba on April 1, 2021, for the boat of evacuees from the coasts of Palma. More than a thousand people evacuated from the shores of the town of Palma arrived at the sea port of Pemba after insurgents attacked Palma on March 24, 2021.
Alfredo Zuniga/AFP via Getty Images
There is also room for expansion among other major LNG players in the Gulf of Guinea, Verisk Maplecroft suggested, such as Nigeria, Cameroon and Equatorial Guinea.

“An improved gas price environment could swing the balance of profitability for a number of projects in Nigeria, allowing for additional supply for existing and planned LNG projects,” the report said.

“For instance, the Ukraine crisis will likely increase the attractiveness of the long-planned Nigeria LNG Train 7 that is expected to come online in 2026 and will require an additional 1,200mmcfd of gas supply from Nigerian gas projects.”

The analysts also noted the beginnings of a revival of interest in the dormant Fortuna FLNG project in Equatorial Guinea.

However, a rise in piracy in the region, including opportunistic attacks on LNG tankers in recent years, may prove a deterrent.

Ultimately, Verisk Maplecroft estimates that even if all known greenfield LNG projects in sub-Saharan Africa were active and operating at maximum capacity, they would still only account for approximately half of Russia’s gas supply to Europe.

“The improved gas demand and price environment means sub-Saharan Africa region can help fill some of the gap left by embargoed Russian gas supplies, but it can’t solve the problem alone,” the report concluded.