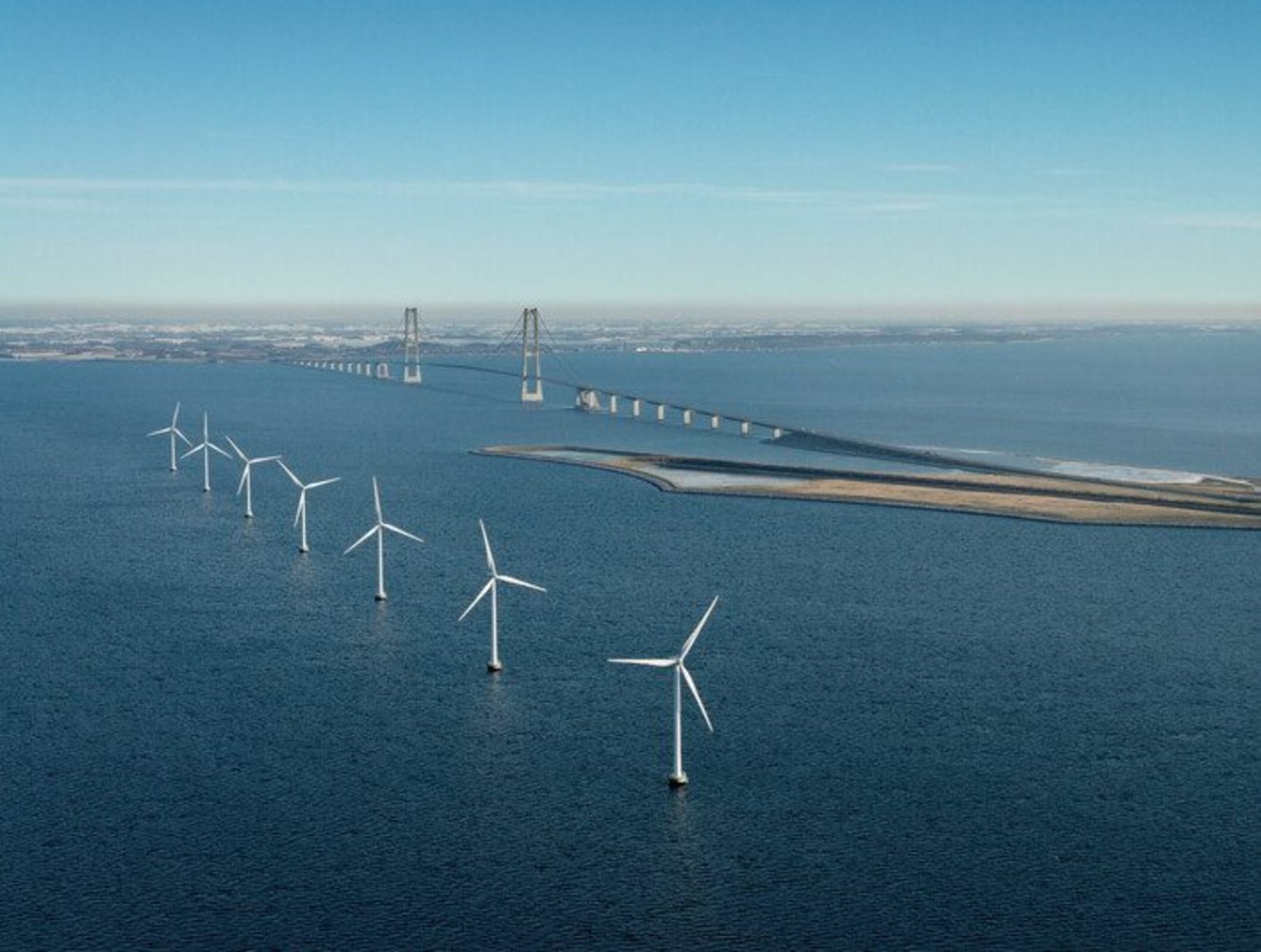 Danish manufacturer Vestas Wind Systems A/S has emerged as the leading supplier for wind turbines with 16.6GW of installations, or 19% share, of global installations in 2021, according to GlobalData.

Vestas has a high level of projects that are being commissioned in the Americas and Europe, and its steady installation activity in Asia-Pacific has enabled it to cross the 16.6 GW mark.

Amit Sharma, Practice Head of Power at GlobalData, said: "Vestas is diversifying its geographic footprint in offshore wind with new installations across the world, as well as significant growth in Europe and new markets in onshore wind.”

GE Renewable Energy was ranked second place with over 11.7GW of installations, representing around 13.4% share of the annual installations globally, owing to tremendous development in its home market, the United States.

Siemens Gamesa Renewable Energy SA (SGRE), remained in third, with over 10.99GW of turbine installations with its 12.6% share, in 2021.

"The merger of Gamesa and Siemens created a strong position in the power industry across the onshore and offshore space," added Sharma. "The competitive advantage of larger size and scale, along with strong geographic diversification, provided the necessary push for SGRE to maintain its position in the rankings. 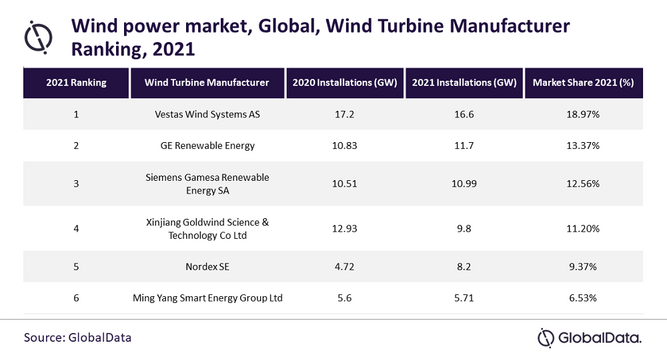 Xinjiang Goldwind Science & Technology Co occupied fourth place, with around 7.7GW of installations, representing 8.8% of the share, followed by Nordex SE in fifth place. It installed 8.2GW in 2021 doubling its 2020 figure of 4.72GW, resulting in a 9.4% share of the global wind turbine installations.

Last week international renewables developer wpd placed a 30MW order with Vestas for the Licata wind park to be located in Sicily. The contract includes the supply and installation of seven V150-4.2 MW wind turbines, six of them delivered in 4.3 MW optimised power mode, as well as a 15-year Active Output Management 5000 (AOM 5000) service agreement.

Vestas has also secured an 86MW order with Petroquímica Comodoro Rivadavia S.A. (PCR), for two projects in Argentina: Mataco III and Vivoratá, near Bahia Blanca and Mar del Plata, in the Province of Buenos Aires, and received a 32MW order from Marhult Vind AB for the Marhult wind project in the Uppvidinge municipality outside Växjö, Sweden.

The top five turbine manufacturers together accounted for nearly 65% of the total installed capacity in 2021.

"Consistent growth will come from mature markets in the US and Europe, whilst additional growth is estimated to be driven by global offshore market and developing markets in South East Asia and MENA region," said Sharma.