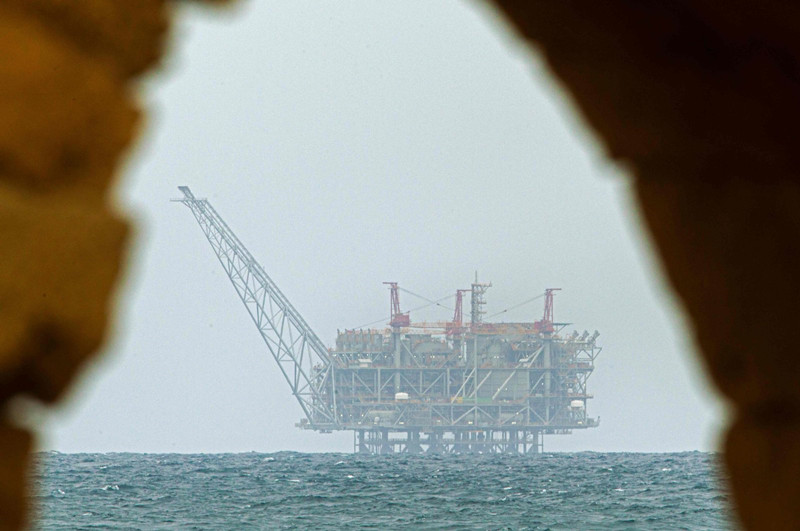 “We already have a national transmission system on our territory. Some of the (Israeli gas) can be easily transferred from there,” Fatih Dönmez told private broadcaster CNN Türk.

Dönmez’s remarks come as Turkey and Israel proclaimed a new era in relations last week after a yearslong rift as Israeli President Isaac Herzog made a landmark visit to Ankara.

President Recep Tayyip Erdoğan expressed his belief that Herzog’s visit was “an opportunity to revive the cooperation on the topic of energy that began before,” stressing Turkey’s readiness to cooperate with Israel in the energy sector.

Dönmez, as well as Foreign Minister Mevlut Çavuşoğlu, are due to visit Israel in April for more talks on increased cooperation.

Herzog’s visit marked the first such trip by an Israeli leader in more than a decade, as the two countries have agreed to rebuild their relationship despite their differences.

Erdoğan last month expressed Turkey’s interest in resuming talks with Israel on using its natural gas and said that the two countries could work together to carry Israeli natural gas to Europe, reviving an idea discussed more than 20 years ago.

Officials and experts have dubbed Turkey’s pipeline network the most feasible option for natural gas transmission from the East Mediterranean to Europe.

Plans for a subsea pipeline that would carry Israeli gas from the Eastern Mediterranean to Europe via Greek Cyprus and Greece to Europe, excluding Turkey, have stalled after the United States expressed misgivings in January, citing concerns over its economic viability and environmental costs.

Turkey has long opposed the project and has stressed that any scheme, which aims to sideline Turkey and the Turkish Republic of Northern Cyprus (TRNC) in the Eastern Mediterranean, would be unsuccessful.

The EastMed pipeline had enjoyed the support of the former Trump administration in the U.S. However, in an apparent U-turn, the Biden administration in January expressed misgivings about the project, citing concerns over its economic viability and environmental costs.

Dönmez said a potential pipeline project between the two countries was related to the harmony of the mutual interests of the parties.

“Looking at the general outline of the project, a line of about 500 kilometers to 600 kilometers (310 miles to 372 miles) is required. On the other side, it was necessary to install at least two to three times more pipelines to Europe than this. We already have a national transmission system on our territory. Some of it can be easily transferred from there,” the minister said.

Dönmez said additional pipelines may be required in case higher volumes need to be transmitted in the future.

“But in the first stage, we can easily transport gas that can come from there, both inside the country and abroad.”