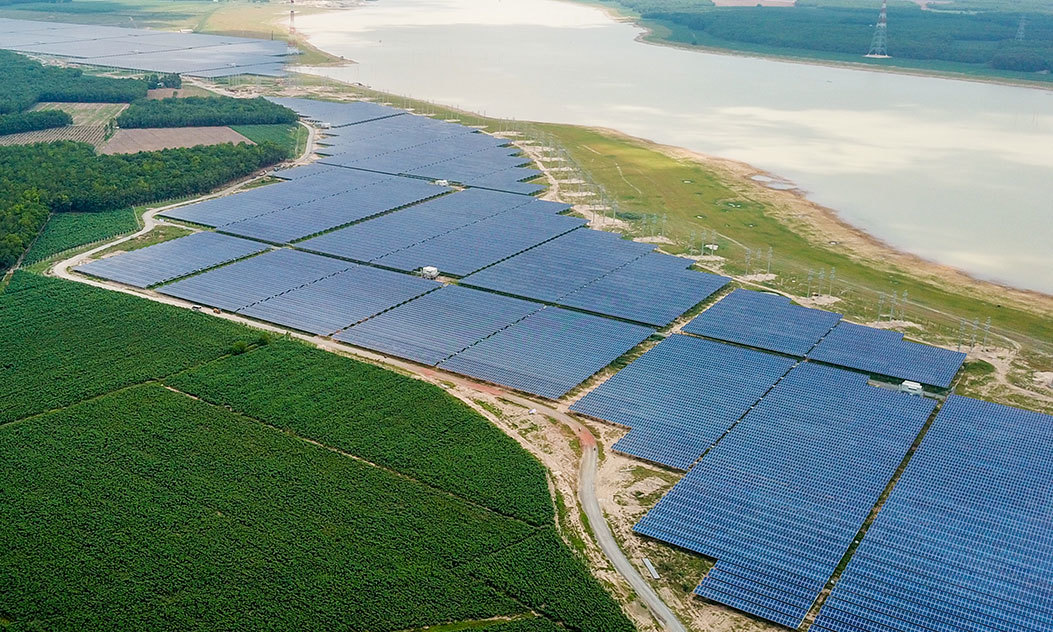 According to the Government Office Notice No 55/TB-VPCP on Thanh’s finalisation of part of the 2021-2030 National Power Development Plan VIII, the Deputy PM agreed with the proposal of the Vietnam Electricity on switching energy for the Quang Trach 2 Thermal Power Plant to using imported LNG gas because it had invested in the infrastructure of Quang Trach Power Center for both Quang Trach 1 and Quang Trach 2 projects.

Thanh told the ministry to create a plan with stronger measures to implement the commitments of the country at the COP26 Conference.

Thanh said if the MoIT plan included the converting coal-fired power projects of Nam Dinh 1, Quang Ti 1, Vinh Tan 3, Song Hau 2 to gas or renewable energy, there should be the feasibility of negotiating terminating commitments with foreign investors.

The eputy PM also asked the ministry if it considered the development of nuclear power suitable for reducing thermal power and gas power, what were the procedures for reporting to authorities, and whether it had an environmental impact report for that type of energy compared to thermoelectricity and electrification.

Thanh said the MoIT needed to clarify issues to consult the Government leaders, in which more attention should be paid to ensuring the efficiency of the economy.

At the same time, the deputy PM said the Power Plan VIII should include the total rooftop solar power capacity of about 7,765 MW installed by people and businesses, according to the general guidance of the Ministry of Industry and Trade and signed power purchase contracts by the power companies under EVN.

Thanh told the MoiT to urgently complete and submit the draft to the Prime Minister before February 28, 2022, to report to the Government leaders before holding a conference with localities.

Earlier on January 9, the deputy PM told the conference to review the work in 2021 and deploy the tasks in 2022, which needed a high concentration of electricity planning for the national Energy Master Plan 2021-2030 because the task was of great importance, requiring both quality and progress.

He said that there were 20 meetings with the ministry on the matter, but there were many shortcomings, such as the unreasonable allocation of power sources, leading to huge investment capital for the power transmission system. The line investment was cut by $13 billion based on the review.

Another problem was that the power source structure was not suitable, and it was necessary to continue to review to encourage the development of renewable energy and reduce coal power.

Solar power will be developed at a more appropriate rate in renewable energy because it has limitations. If too much solar power is put into the system, it could reduce electricity from other sources, leading to capacity loss.

Regarding the wind power, last year, the World Bank released the ‘Offshore Wind Roadmap for Vietnam’ report as the outcome of a study that followed an invitation from the Vietnamese Government to the WB. It was carried out from February to October 2020.

According to the report, Viet Nam has an energetic and abundant offshore wind resource that is located close to demand centers and in relatively shallow water — although this roadmap focuses on areas further offshore which have higher wind speeds and energy yields.

Offshore wind could play a significant role in sustainably meeting Viet Nam’s rapidly growing electricity demand and has the potential to supply 12 per cent of Viet Nam’s electricity by 2035.

According to the WB, by 2035, there will be about 450 large offshore wind turbines operating in Viet Nam, installed at about 10 large conventional fixed offshore wind farms and one or two at floating ones.