17 Feb 2022  by GECF
With the world deeply mired in an uncertain environment, lack of investment in gas will add to the range of uncertainty surrounding the energy transition, said HE Eng. Mohamed Hamel, the Secretary General of the Gas Exporting Countries Forum (GECF). 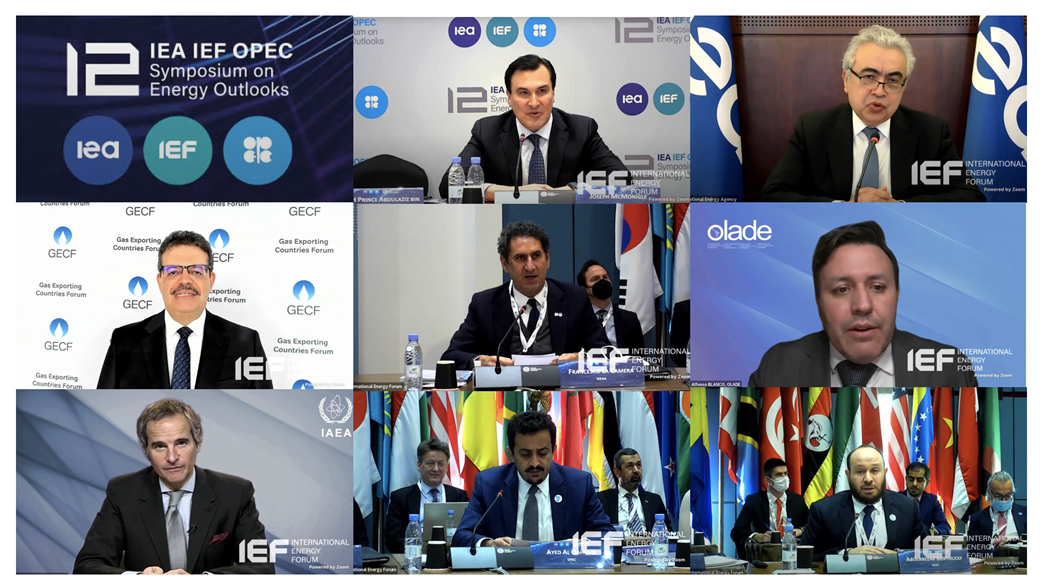 Speaking at the annual IEA-IEF-OPEC Symposium on Energy Outlooks – hosted by its permanent parties, the International Energy Agency (IEA), the International Energy Forum (IEF) and the Organisation of the Petroleum Exporting Countries (OPEC) – HE Hamel also made the case for the developing world’s rising appetite for affordable, cleaner, and reliable source of energy.

“The natural gas industry is capital intensive, with long lead times and payback periods. It warrants policy and regulation stability. It also demands fair value and equitable risk-sharing among all stakeholders to sustain the security of demand, as well as the security of supply,” he said.

“No doubt, a lack of investment today will render gas unaffordable tomorrow,” while adding “Let us be reminded that presently more than three billion people still lack access to clean fuels for cooking.”

According to the GECF official, natural gas is distinguished for providing stability and backup to power systems, particularly when the wind isn’t blowing and the sun isn’t shining.

“In addition, gas markets today are more global and interconnected than ever, driven by LNG trade expansion, and increased financialisation and diversity of actors,” he added.

The Symposium is part of a wider joint programme of work by the three organisations, originating from the 12th International Energy Forum held in Cancun, Mexico in March 2010, as part of the Cancún Declaration.

Recalling his past involvement with the initiative, HE Hamel shared how in June 2008 he took part in preparing a joint statement of the producer-consumer energy summit in Jeddah, Kingdom of Saudi Arabia (KSA), and which thereafter served as an annex to the Cancún Declaration.

“I am pleased to witness that this spirit of cooperation has flourished and taken root since then.”

The full speech of HE Hamel is available here: https://youtu.be/qOvE9ecwUrY?t=5882

Demonstrating the importance of open dialogue for the future of the energy systems, the 12th IEA-IEF-OPEC Symposium on Energy Outlooks welcomed an array of speakers representing producers, consumers, and multilateral energy organisations. It was hosted by the IEF, under the patronage of HRH Prince Abdulaziz bin Salman Al Saud, the Minister of Energy of KSA.

The various sessions were informed by the joint IEF-Resources for Future Outlooks Comparisons Report, which compares the key scenarios and underlying methodologies of most recent outlooks prepared by the IEA and OPEC and places these in the broader context of a growing number of such assessments issued by other organisations such as the GECF, IRENA, companies, national agencies, and research centres.

The GECF works closely with all the members of the troika. It first participated in the 9th IEA-IEF-OPEC Symposium on Energy Outlooks in 2019, after becoming the fourth official organisation to join the dialogue on energy outlooks. GECF also participates in the JODI-Gas initiative.

The GECF is launching the latest version of its own outlook, the 6th GECF Global Gas Outlook 2050, towards the end of February from Doha, Qatar.