High energy prices in recent months have drawn attention from the European Commission, highlighting the importance of energy security, especially in times when global markets are volatile. Spot natural gas prices trading in the Netherlands soared this week near to record highs seen in October. Electricity prices have surged across Europe. 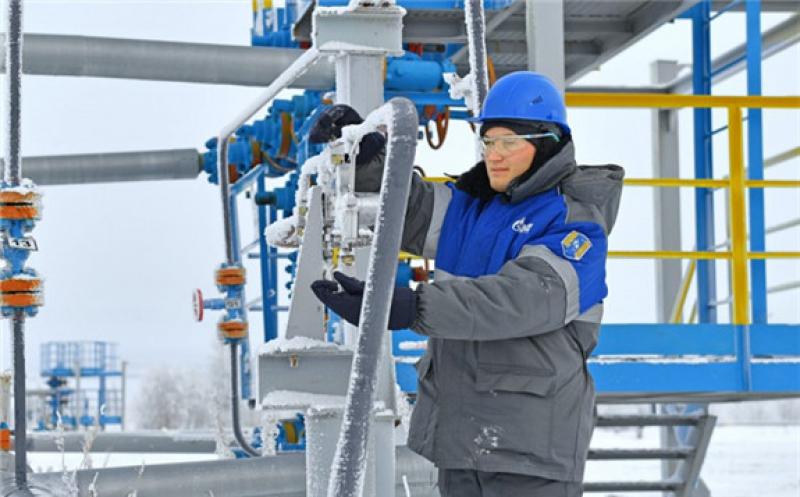 “Rising gas prices push up the cost of electricity in EU,” European Commission Ursula von der Leyen wrote in a tweet on December 16 “Almost all EU Member State have taken measures to shield the most vulnerable people, as recommended by EU Commission. This week, we presented proposals make our energy system more robust as well as more sustainable.”

The EU Commission proposed on December 15 to improve the resilience of the gas system and strengthen the existing security of supply provisions, as promised in the Communication and Toolbox on Energy Prices of October 13, and as requested by EU Member States.

“In case of shortages, no household in Europe will be left alone, with enhanced automatic solidarity across borders through new pre-defined arrangements and clarifications on controls and compensations within the internal energy market,” the Commission said in a press release, noting that the proposal extends current rules to renewables and low carbon gases and introduces new provisions to cover emerging cybersecurity risks.

It will also foster a more strategic approach to gas storage, integrating storage considerations into risk assessment at regional level, the Commission said, adding that the proposal also enables voluntary joint procurement by Member States to have strategic stocks, in line with the EU competition rules.

Europe’s gas storage levels could hit record lows by the end of the winter heating season due to an early cold spell and muted Russian flows, leaving consumers and companies with much higher prices for longer, Reuters reported, citing Gas Infrastructure Europe data. Concerns that Russian could invade of Ukraine disrupt energy supplies over the winter also fueled prices.

The benchmark front-month contract on the Dutch TTF hub climbed as high as €120 per megawatt hour (MWh) on December 14, close to record intraday levels seen in early October, according to Reuters. Prices in Europe had jumped this year by as much as 700% by October, with British prices up around 500%.

Storage sites in European countries and Britain were only 75% full at the start of the winter heating season in October, and have fallen to around 63% full by early December, data from Gas Infrastructure Europe shows, Reuters reported.

“This is fear,” Justin Urquhart Stewart, co-founder of Regionally in London, told New Europe by phone on December 17. “And the fear is interruption of supply with geopolitical threats over Ukraine and the Belarusian issue over immigrants expected to be difficult for the EU so whilst nervousness there that price is not going to come down any time soon and there will be countries who will be demanding more and building up stockpiles,” he said. Urquhart Stewart noted that like people trying to de-risk their companies by having shorter supply chains and local developments, governments will be doing the same in terms of trying to stockpile more basic commodities, if they possibly can.

If it gets colder it could get worse

Cold weather in Europe has lifted demand while Russian gas giant monopoly is reportedly waiting for a permit to start shipping gas through the controversial Nord Stream 2 pipeline. On December 12, German Foreign Minister Annalena Baerbock said the Nord Stream 2 pipeline could not be permitted in its current form because it did not comply with EU law, FT reported.

However, rising cases of the COVID variant Omicron could lead to more restrictions across Europe, slowing economic growth and reducing energy demand.

The International Energy Agency (IEA) said on December 14 demand for oil is set to be lower than expected in 2022.

“A surge in new Covid cases is expected to slow the recovery in global oil demand, with air travel and jet fuel most affected. On average, oil demand has been revised down by around 100 kb/d since last month’s Report for both 2021 and 2022. Global oil demand is now set to rise by 5.4 mb/d in 2021 and by 3.3 mb/d in 2022, when it returns to pre-pandemic levels at 99.5 mb/d,” the IEA said in its latest monthly report, which was released on December 14.

“Global oil production is poised to outpace demand from December, led by growth in the US and OPEC+ countries. As this upward trend extends into 2022, the US, Canada and Brazil look set to pump at their highest ever annual levels, lifting overall non-OPEC+ output by 1.8 mb/d in 2022. Saudi Arabia and Russia could also hit records if remaining OPEC+ cuts are fully unwound. In that case, global supply would soar by 6.4 mb/d next year compared with a 1.5 mb/d rise in 2021,” the IEA report read.