Brazilian Petrobras will take a week to make repairs to an offshore gas-export pipeline and restart production at the Manati Field, but the disruption won't affect gas supplies in the country's northeast, according to the state-led company. 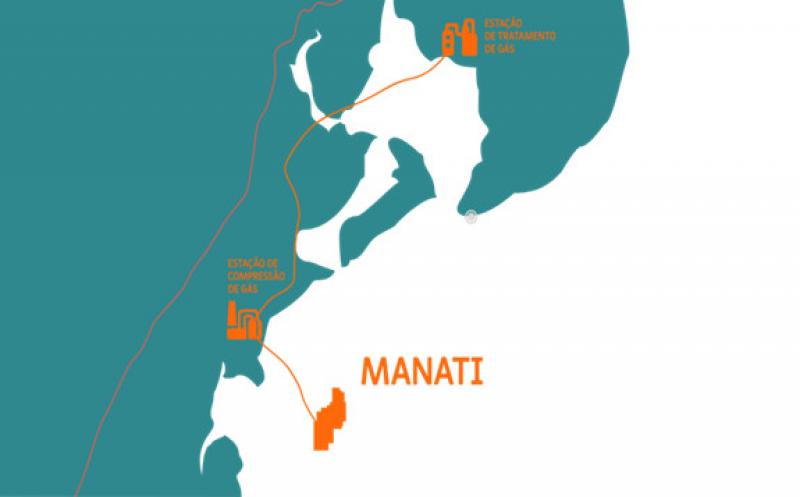 "The operation of the pipeline was interrupted in a safe manner," Petrobras said Dec. 13. "Teams were mobilized to make the repairs, with an expectation that production will restart in a week."

The shutdown represented the second time technical issues with Manati's gas-export pipeline have interrupted production at the offshore natural gas producer in recent months. The field was closed down Sept. 27 because of a leak on the onshore portion of the pipeline. The leak was repaired and production restarted Oct. 3.

The latest stoppage was made Dec. 10, when a valve in the submarine portion of Manati's gas-export pipeline was improperly closed, majority stakeholder Enauta said Dec. 13.

"The causes of the incident are under investigation," Petrobras said.

Independent oil and gas producer Enauta owns a 45% equity stake in Manati, while Petrobras retains a 35% operating share. Petro Rio and GeoPark each retain 10% stakes. Local newcomer Gas Bridge SA, however, has signed about $168.2 million worth of deals to buy out Enauta, GeoPark and Petro Rio. Petrobras has also listed its stake in the field for sale under its ongoing asset-sales program.

The shutdowns undercut a rebound in output at Manati over the past year as demand for natural gas in Brazil's downtrodden northeast rebounded from the country's coronavirus outbreak. Latin America's biggest country is also in the midst of its worst drought in nearly 20 years, with Brazil turning to fuel oil- and gas-fired thermal power plants to meet electricity demand.

Manati produced nearly 6 million cu m/d at its peak in the mid-2010s.

"There is no risk that Petrobras won't meet its commitments to its clients," the company said.

The World Petroleum Congress in Houston brought back a sense of normalcy to the energy sector as both the industry and the world continue to grapple with the coronavirus pandemic. But the other existential threat for fossil fuels is the burgeoning energy transition and switch to cleaner sources of power and fuels. At the conference, many oil and gas executives pushed back at the notion of a seamless transition, arguing that fossil fuels will be needed for many decades to come, and warning of price shocks and energy shortages if the world shifts too quickly.