Belarus’ authoritarian President Alexander Lukashenko threatened to cut gas supplies to Europe transiting his country if the European Union imposed further sanctions in response to the migrant crisis created by Belarus at its border with Poland. 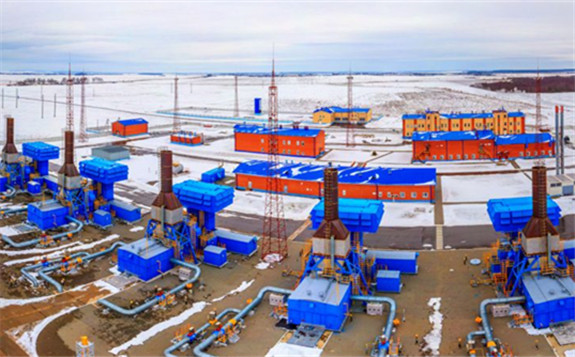 But it’s unlikely Russian President Vladimir Putin, which has backed the authoritarian regime so far, would allow Belarus’ President to carry on with his threat to block Russia’s natural gas pipeline crossing Belarus. Moreover, Belarus relies on lucrative gas transit fees for Russian gas to Europe.

“President Lukashenko would not dare to cut Russian gas transit to Europe without getting specific permission from the Kremlin to do so and he is not going to get that permission because Russia even in the Soviet times always positioned itself as a reliable supplier of gas and always delivers on contracts so in my opinion there is no credible scenario where the Kremlin would give him permission to block gas transit to Gazprom’s customers to Europe,” Chris Weafer, co-founder of Macro-Advisory in Moscow, told New Europe by phone on November 12.

The Kremlin appears to be a political and economic lifeline for Lukashenko. But Weafer argued that there is a subtle difference. “The Kremlin backs Belarus and it backs the Belarus elite. In theory, the Kremlin wants to continue to ensure Belarus is a country it remains closely aligned with,” Weafer said. However, in recent years, Lukashenko has become a problem for the Kremlin with his actions, he added.

Justin Urquhart Stewart, co-founder of Regionally in London, said there is a credible threat that Lukashenko could cut Russian gas supplies to Europe. “It is a credible threat when you put it into context with other issues as well, with the issues over refugees, with the issues of Russia saber-rattling over Ukraine again, it’s actually creating a very nasty spike of aggressive heat in the area and the catalyst for that could easily be the gas supplies,” Urquhart Stewart told New Europe by phone on November 12.

“It would indeed (affect gas supplies) but Russia would be able to say, ‘We’re not doing it’ and allow pressure to build on Europe. Because Lukashenko is acting as Putin’s puppet. So, he is the one that could be saying, ‘We’ll cut off the gas’ and Putin say, ‘It’s not me.’ But nevertheless, there is a Russian bear’s paw on the gas tap, it’s that the paw itself is covered with the flag of Belarus,” he argued.

The transnational Yamal – Europe gas pipeline, which runs across Russia, Belarus, Poland and Germany, has an annual capacity of 32.9 billion cubic meters, according to Russian gas monopoly Gazprom.

“We heat Europe and they are threatening to close the border. And what would happen if we cut off the natural gas which goes there? I would therefore advise Polish, Lithuanian and other harebrained leaders to think before speaking,” Lukashenko was quoted as saying.

European Commission President Ursula von der Leyen and US President Joe Biden spoke about the situation about EU’s external border in Poland and Lithuania with Belarus. Von der Leyen said that it wasn’t a bilateral issue between these countries and Belarus, it was a question of the entire EU.

“It’s an attempt by an authoritarian regime in Belarus to destabilize its democratic neighbors. These methods which we are familiar with. We’ve seen what’s going on. We have also seen what happened during recent elections, attempts to influence the elections and then there were the cyberattacks as well and we also saw the huge volume of disinformation and now hybrid attacks which are exploiting migrants,” European Commission’s spokeswoman Dana Spinant told the midday briefing on November 11, quoting the European Commission President.

“There is a temptation I believe on the part regime to add additional threats but President von der Leyen, after her meeting with President Biden, said quite clearly we are protecting our democracy against these cynical moves, geopolitical moves on our borders,” Spinant said.

Regarding Lukashenko’s threat to disrupt gas supplies to Europe resulting in a further spike in gas prices, the EU Commission spokeswoman said, “This will be a new tool in the hybrid attack if that is added to the current situation. We have seen threats and what we are saying very clearly is that we are not going to allow ourselves to be intimidated. That’s all I can tell you about what we have seen yesterday and today on any potential action by the Belarussian regime using gas as a tool”.

Meanwhile, German Chancellor Angela Merkel asked Putin on November 10 to intervene with Belarus over the migrant situation. Merkel said Putin can influence the Belarussian regime and invited him to try to persuade the Belarussian authorities to stop this hybrid attack at EU’s borders which is no nobody interest.

Lukashenko’s comments came after Russia increased its flow of gas to Europe via Poland and Belarus as well as Ukraine on November 10.

Low flows to Europe and reverse flows on the Yamal-Europe pipeline last week – meaning gas flowed eastwards into Poland instead of westbound into Germany – had worsened a supply squeeze in Europe that has driven up prices for industry and consumers, Reuters reported, adding that Russia started pumping gas to Germany again late on November 8, acting on an order by Putin to increase supplies to Europe and rebuild Russian inventories there once domestic storage tanks were replenished. On November 9, Gazprom said it had started to refill its European gas storage.