Natural Gas is the Answer to Energy Crunch, Transition

The current energy crunch around the world and the intensifying climate change debate serve to highlight the serious need to embed natural gas as part of a long-term solution to energy market stability and transition, HE Yury Sentyurin, Secretary General of the Gas Exporting Countries Forum (GECF) said at the Russian Energy Week (REW). 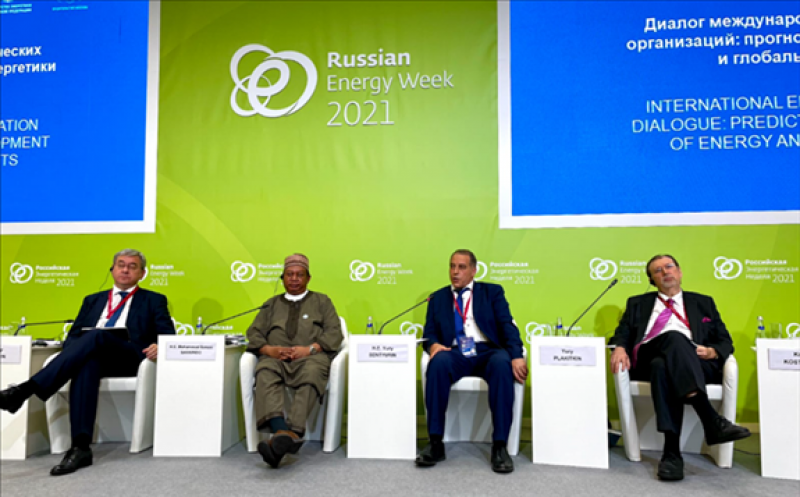 On 13 October HE Vladimir Putin, the President of the Russian Federation emphasised at the REW plenary session that the situation on the gas market - primarily the European one - does not yet look "balanced and predictable." The reason for this is that not everything in this industry is manufacturer-specific. "Gas consumers play an even more important role here."

"According to experts forecasts looking at a 25-year horizon, the share of hydrocarbons in the world energy balance may decrease from the current 80-85% to 60-65%. At the same time, the role of oil and coal will decrease. But the role of natural gas as the most environmentally friendly clean, transitional fuel will grow, including the development of the production of liquefied gas,” asserted the REW host country leader.

A day later, joining the panel on ‘International Energy Organisation Dialogue: Predicting the Development of Energy and Global Markets’, GECF Secretary General stressed that gas was, is, and will remain the most realistic option to attain the energy transition, spur economic growth and social progress.

“The long-term solution provided by natural gas is available in the GECF’s flagship publication of Global Gas Outlook (GGO) 2050, which foresees natural gas becoming the primary energy mix of the world by 2050 and increasing its present share from 24% to 27%.”

The GGO, featuring multiple contexts on gas’ growth and role in the energy mix, is now underpinned by very strong analytical effort on new scenarios, such as the Energy Transition Scenario, and Hydrogen Scenario, to name a few. The latest findings will be launched in the 6th edition of the GECF Global Gas Outlook 2050 in February 2022.

“We are championing gas for post-COVID-19 recovery and achieving the UN Sustainable Development Goals. The gas industry is of course also looking at innovation to transform this natural resource into a sustainable fuel, using such methods as green LNG, carbon capture, hydrogen, ammonia, and methane emissions reduction.”

“One of the most sensible, economically-viable way to achieve sustained energy market stability, inclusive economic growth and Sustainable Development Goals is to consider natural gas as a destination fuel,” HE Sentyurin told the panel. “Natural gas remains one of the global enablers for reducing emissions quickly, cost-effectively and steadfastly by replacing carbon-intensive fuels as well as backing up intermittent renewables”

“The projections show that nearly all sources of energy will grow over the next quarter of a century…Oil and gas together will provide nearly 53%of the world’s energy needs in 2045 – a little over 28%for oil and 24%for gas,” he said in his remarks.

“As an African, I know very well that we need to harness all the energy resources at our disposal, from the sun over our heads to the abundant fuels that lie beneath our feet, if we are to ease energy poverty and develop our continent’s economies.”

The two Secretary Generals shared the latest findings based on energy forecasting and modelling. HE Yury Sentyurin stressed that it’s a matter of particular pride for GECF to work hand-in-hand with the OPEC Secretariat and HE Barkindo as well as other partner organisations in delivering data-driven insights and expertise, providing solid ground for policy and decision-makers.

The science-led envisaging of the economy’s and markets’ development gained a special focus at this panel. The topic has been gaining importance due to the recent extreme price fluctuations and surge in demand for cleaner energy in the context of energy transition.

Despite the negative consequences of the pandemic, the GECF Member Countries continue to improve the shared understanding of energy policies as the world goes forward to decarbonise the entire energy systems.

In particular, Mr Alexey Kulapin, the Director of the Russian Energy Agency, who also shoulders responsibilities of the UNECE Committee on Sustainable Energy Chair, announced that the Russian Energy Ministry’s arm is about to release their first-ever in-house developed energy forecast.

A return to balanced debate on the topic of energy transition was yet another spotlight of the discussion.

Karen Kostanian, Head of Russian Equity Research Department, Merrill Lynch Securities said: “I’m afraid that this debate over the past couple of years has become a debate, where renewable energy is all good and great and the fossil fuel energy is evil. We need this debate to be balanced otherwise the road to net zero will be very long.”

“For example, there is plenty of material out there as to what we need to achieve net zero, including the famed IEA report (Net Zero by 2050). But there’s very little answers, at least at this stage, as to what is the economic, environmental and social cost of actually getting to net zero.”

“We are still expecting that prices are going to continue to rise, through to 2040 and beyond, so that long-run …will be key in terms of price setting mechanism for several years to come.”