Engie has begun commercial operation of a 12MW photovoltaic park in France. 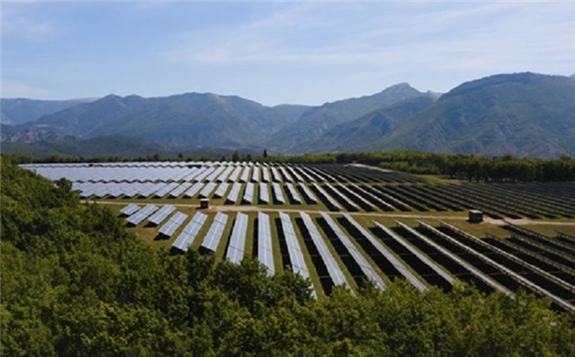 The €12.7m solar farm is located in the commune of La Batie-Montsaleon and will produce 18.5 gigawatt-hours of electricity to supply the Val de Durance electrical network.

The site covers 22 hectares in its final configuration and avoids an ancient forest and a protected species, "Le Rosier de France".

The design of the project had to be adapted to naturalistic criteria. Local flora species were reseeded between the solar panel rows, while the fences allow the passage of small animals.

The installation has been designed to be largely obscured by trees and blend into the landscape.

Engie worked with local and regional companies on the construction and operation of the solar park.

Tax benefits are estimated at €74,000 a year, to be distributed between the Sisteronais-Buech communes and the Hautes-Alpes department.

An eco-pasture will be set up with a local sheep breeder to help maintain the site by keeping the vegetation under control.

Engie will operate the plant in partnership with local companies.