The project will contribute to a more flexible and sustainable energy system in Kenya. 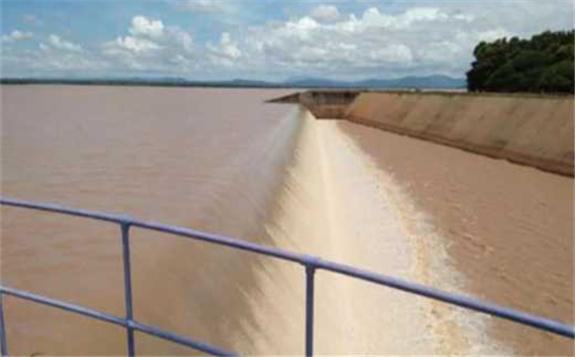 The project includes the three dam reservoirs, Kamburu, Kiambere and Turkwell in Kenya. Multiconsult will review the power infrastructure at the sites, assess hydro turbines characteristics, operation of the reservoirs, water flow patterns and power evacuation in the grid, as well as provide recommendations about the integration of Floating Solar PV (F-PV) in hybrid operation with the existing infrastructure.

Multiconsult will also assess the social, environmental and climate aspects and associated risks. The project is funded by the German development bank, KfW.

“Numerous benefits will be realized by this project. The hybrid operation of the dams with floating solar PV (F-PV) will facilitate the management of power and water usage in an appropriate and cost-effective way in addition to water savings due to less evaporation from the reservoir,” says Syed Ali, Senior Advisor and Project Manager at Multiconsult.

“Kenya has abundant solar resources which means solar power can be used during daytime when sun is abundant, and hydro power during peak times in the evening. This may reduce reliance on conventional and oil/coal fired power plants and thus reduce carbon emissions.” .

Reducing the impact of climate change

The power production of these large hydro dams may be affected by climate change, such as larger variations in water inflow and more extreme weather. Such a scenario will affect the water levels in the reservoirs and water management could become more challenging.

Hybrid hydropower-connected F-PV plants (operation of FPV and hydropower together) in the existing dams could offset the loss of electrical production due to variation in water levels.

Furthermore, hybrid F-PV and hydropower plants could facilitate grid integration cost savings by utilizing the same grid connection. Large-scale FPV plants can also reduce the evaporation rate of water which may result in saving of water as well, according to Syed.

With its extensive specialist expertise in hydropower & renewable energy development, Multiconsult has worked in the energy sector in Africa for more than 40 years, as well aspositioned itself as a global market leader in floating solar PV and hybridization of hydropower with other variable renewables.

VP of Energy Systems at Multiconsult Ryan Anderson says Multiconsult is proud to be awarded this prestigious assignment and get the opportunity to advise KenGen.

“We believe that the future of power systems in many African countries will rely on low cost variable renewables working together with reliable and flexible hydropower reservoirs.”

“Multiconsult intends to help its clients to be at the forefront of this development. It is exciting that KenGen, with support from KFW, are looking to be a path-breaker for the continent in this regard.”