13 Sep 2022  by oilprice.com
Higher nuclear power generation in France and more solar and wind supply out of Germany eased Europe's prompt power prices early on Monday. Despite the brief relief, the EU continues to consider ways of capping power and, possibly, gas prices in a bid to help struggling consumers and businesses.

In France, nuclear availability has risen over the past days to 48% on Monday, while solar and wind power generation are expected to rise in Germany this week.

The availability of more non-gas-powered electricity generation is good news for Europe ahead of the winter.

Last month, year-ahead power prices in France and Germany shot up to record highs as natural gas supply from Russia continued to be limited.

Apart from rallying gas and power prices in the rest of Europe, France's electricity supply is constrained by outages at some of its nuclear power plants. France's nuclear power generation accounts for around 70 percent of its electricity mix, and when its reactors are fully operational, it is a net exporter of electricity to other European countries. Prolonged maintenance at several nuclear reactors this year, however, means that France - and the rest of Europe - have less nuclear-generated power supply now.

Early this month, France's state-held utility giant EDF vowed to restart all its nuclear reactors in the country this winter, potentially alleviating the energy crisis in Europe during peak heating season.

"EDF has committed to restart all its reactors for this winter," French Energy Transition Minister Agnès Pannier-Runacher said at a news conference on energy security in early September.

EDF operates a total of 56 reactors in France, but 32 of them are currently either undergoing maintenance or experiencing technical issues, the minister added. 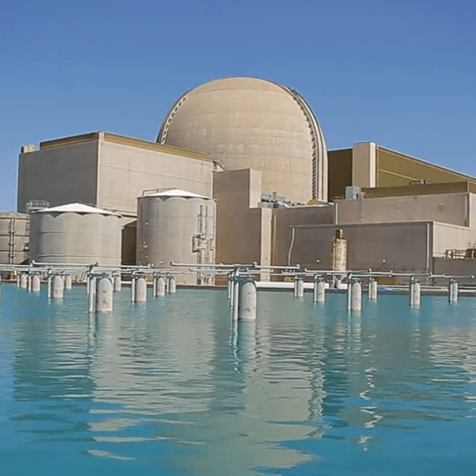