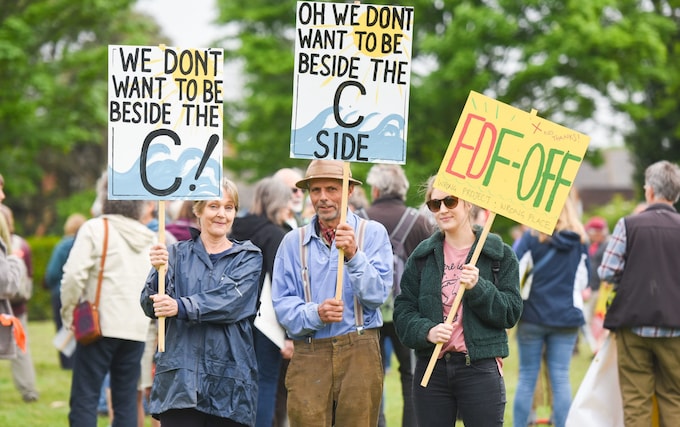 Boris Johnson’s plans for a nuclear energy revolution are facing a fresh hurdle after the Austrian government officially raised concerns about the safety of a new reactor design.

In a letter to the Business Department, Austria's energy ministry raised the spectre of “severe accidents with high releases” at the Sizewell C plant to be built in Suffolk.

The warning, made under the Espoo convention in which nearby countries are allowed to comment on nuclear projects, raises the prospect of legal action to derail Sizewell and will be considered by the Government as part of a planning decision in coming months.

Austria is a longstanding critic of Britain’s nuclear programme and tried to block the construction of its Hinkley Point C plant at the European Court of Justice on the grounds that it violated state aid rules.

Hinkley and Sizewell, which are due to come online in 2027 and the 2030s respectively, use a new reactor design called EPR that is meant to be cleaner and more efficient than existing models. It is widely regarded as safe by experts and was cleared for use by British regulators after a five-year application process that cost £35m.

But the Austrians said that it is “questionable” whether the Sizewell design could guarantee that radioactivity will be retained within the reactor’s core.

They warned that the high power of the EPR reactor reduces the time available for an operator to react to any fault and prevent a major accident, and added: “At this time, it cannot be proven beyond doubt that severe accidents with high releases cannot occur.”

The intervention comes after Britain put nuclear power at the heart of its long-term energy strategy. 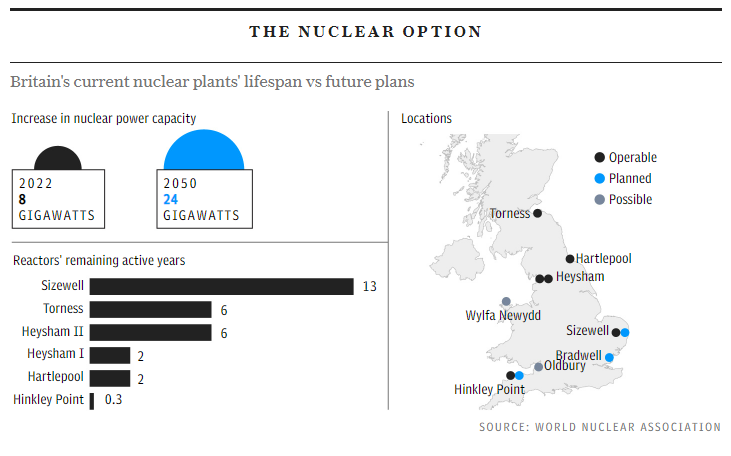 Prime Minister Boris Johnson has said he wants eight new reactors to be built by 2050 to replace closing generators and supply about 25pc of projected electricity demand.

France’s state-owned EDF, which is building Hinkley and Sizewell, has come under pressure over the design of its technology after China’s Taishan plant, which runs on an EPR reactor, shut down in July 2021 because of faults with the fuel rods.

The Austrian government said Britain should properly investigate the issues at Taishan “to avoid the occurrence of the same or similar problem at the EPRs in Sizewell C”.

Government sources said the comments will be considered when deciding whether the project should go ahead.

A spokesman for EDF said: “We accept there are a range of opinions about nuclear power. The fact is the EPR is a proven technology which has been thoroughly scrutinised by nuclear safety regulators in a number countries, including the UK, who have approved it as safe.”

Austria and other countries are allowed to comment on Britain’s nuclear plans under the Espoo convention, an international agreement to ensure nations engage with each other on projects that could have environmental consequences for multiple countries.

Charlotte Nichols, a Labour MP and member of the Business, Energy and Industrial Strategy Committee in Parliament, said the Austrians should focus less on nuclear power in Britain and more on their reliance on Russian energy imports.

She said: “Delivering Hinkley Point C, Britain’s biggest ever green infrastructure project, and getting started on Sizewell C, is vital to the UK reaching net zero.

“If I were in the Austrian government, I would be more concerned with the amount of Russian gas they are importing.”

The Sizewell project is expected to deliver huge investment in Suffolk.

A spokesman for the Sizewell C Consortium, which represents suppliers working on the programme, said: “The UK’s nuclear regulator, the ONR, is a respected worldwide leader in regulation.

“We have full confidence in the proven design and safety of the EPR model, and the replication benefits it will bring to the UK; tens of thousands of skilled jobs across the country, billions of pounds of supply chain contracts for UK businesses, and increased energy security.”

A Government spokesman said: “The UK has robust and effective safety regulations for nuclear facilities and plays a leading role in setting international safety standards.

“Our regulators would not allow a nuclear power station to be developed on a site, or to operate, if it was not safe to do so.”