Construction of Xudapu 4 Under Way

20 May 2022  by world-nuclear-news.org
Construction of unit 4 at the Xudapu nuclear power plant in China's Liaoning province has officially got under way with the pouring of first concrete for the reactor's nuclear island. The unit is the second of two VVER-1200 reactors at the site to be supplied by Russia. 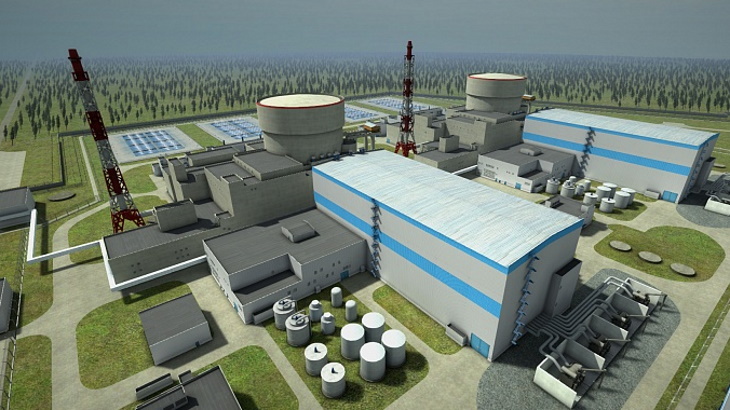 How units 3 and 4 of the Xudabao plant could appear once completed (Image: AtomStroyExport)

In June 2018, Russia and China signed four agreements, including for the construction of two VVER-1200 reactors as units 7 and 8 of the Tianwan plant in Jiangsu province. In addition, two further VVER-1200 units were to be constructed at the new Xudapu (also known as Xudabao) site in Huludao, Liaoning province.

Agreements signed in June 2019 included a general contract for the construction of Xudapu units 3 and 4, as well as a contract for the supply of nuclear fuel. Russian state nuclear corporation Rosatom will design the nuclear island and supply key equipment, as well as provide field supervision, installation supervision, and commissioning services for the supplied equipment. Turbine generators and balance of plant will be supplied by China. Construction of Xudapu unit 3 began on 28 July 2021. The units are expected to be commissioned in 2027-2028.

Rosatom has now announced the start of construction of Xudapu unit 4.

"The project for construction of two new units of generation III+ at the Xudapu plant is being implemented according to the schedule, even ahead of schedule," said Alexei Bannik, Vice President for projects in China at AtomStroyExport JSC. "The Russian party performs its obligations in full scope: a group of engineers supervising the project is working at the site, equipment and design documentation are delivered as per the contractual obligations."

The CNY110 billion (USD17 billion) Xudabao project was originally expected to comprise six Chinese-designed CAP1000 reactors, with units 1 and 2 in the first phase. Site preparation began in November 2010. The National Development and Reform Commission gave its approval for the project in January 2011. China's National Nuclear Safety Administration announced its approval of the site selection for Xudabao units 1 and 2 in April 2014. However, construction of those units has yet to start.

Meanwhile, Germany's Nukem Technologies Engineering Services GmbH - a subsidiary of Russia's AtomStroyExport - has announced it has been awarded a contract by China's Aerosun Corporation for equipment to treat solid radioactive wastes at the Xudapu plant.

The contract - the value of which has not been disclosed - is for the basic and detail design for the Radioactive Solid Waste Treatment Equipment (SRTF). It also includes the procurement and supply of selected equipment as well as technical and supervision services of installation and commissioning of the system.

The SRTF will be used to treat wet radioactive wastes (such as spent resin, activated carbon, still residues and slurry) and dry wastes (including discarded cloth, plastic, rubber, wood and small metal parts).

"Our new project at the Xudapu site joins a long list of waste treatment projects that we have successfully carried out in China over the past 30 years," said Nukem Technologies Director of International Business Development & Sales Stefanie Foerster.