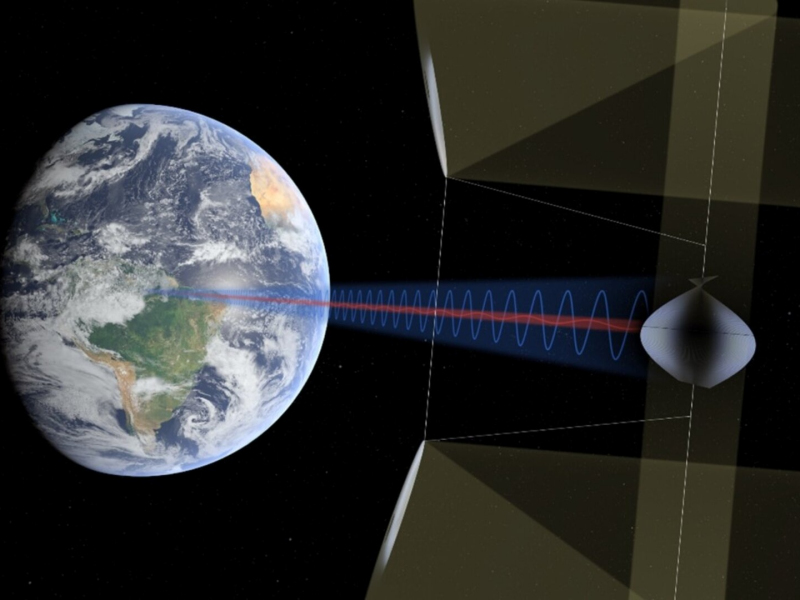 Image: ESA/Frazer-Nash Consultancy
The development of space-based solar power is gathering pace in Europe and in the UK in particular.

The government’s approach is based on a study from Frazer-Nash Consultancy, which also is currently advancing the concept for the European Space Agency (ESA). The study found that space-based solar power is both technically feasible and affordable with a competitive Levelised Cost of Electricity and that its development could bring substantial economic benefits for the country.

The concept for space-based solar power is simple and involves a large kilometre-scale satellite with lightweight gigawatt capacity solar panels that collect the solar energy, then converts it to high frequency radio waves for beaming to the Earth.

The satellite is typically in a geostationary orbit, i.e. in which the satellite stays above a fixed point on the Earth, is illuminated by the Sun with an intensity up to 11 times more than that on Earth and able to generate energy on an almost 24/7/365 basis.

The study estimates that a satellite power station about 1.7km in size with over 3GW of solar capacity could deliver around 2GW to the grid.

Based on the study the UK government anticipates the development of a demonstrator with a capacity of around 40MW in a low Earth orbit by 2031 and delivery of a full-scale operational system by 2040.

The government’s funding call focussed on dual-use innovations that could be used either in space-based or terrestrial applications has yet to be announced.

But clearly a major challenge – and a major cost element – is the construction of the satellite in space and this along with disassembly for reuse or recycling at end of life is the topic of Frazer-Nash Consultancy’s current study for ESA.

A modular construction is envisaged, with assembly carried out by autonomous robots in a medium Earth orbit – above 2,000km to avoid the risk from space debris and radiation damage in lower orbits – and the assembled satellite then raised to the geostationary orbit using its own generated solar power for propulsion.

The Space Energy Initiative was launched by the UK government in March as a partnership bringing together organisations across government, industry, academia and agencies to harness knowledge, technologies and skills to accelerate space-based power development as a contributor to the country’s net-zero targets.

The member-based initiative is seeking organisations to participate and plans to develop a programme of activities including exploring new use cases, developing new products and services and decreasing the time to market of these.

The chair of the initiative’s advisory board is the MP Mark Garnier and the co-chairs are Martin Soltau, Senior Business Manager leading the space business at Frazer-Nash Consultancy and Sam Adlen, Chief Strategy Officer at the Satellite Applications Catapult.