05 Apr 2022  by oilprice.com
On March 31 both houses of the UK Parliament passed the Nuclear Energy (Financing) Act. Some critics might say that passage demonstrates that the British Conservative Party’s continuing, torrid love affair with nuclear power is as strong as Romeo’s for Juliet, Antony’s for Cleopatra, or Troilus‘ for Cressida. Which, of course, did not end well, but that is another matter.  First, some back story. When Prime Minister Margaret Thatcher’s administration decided to privatize the British electric industry, they decided to sell the government's nuclear generators along with everything else. But given the potential liabilities, the investment bankers handling the sale at the time told them to forget that idea. As an alternative, the government sold the other electric utility assets and retained the nuclear business for a while. However, they subsequently were able to craft a nuclear power plant sale to investors that featured their legacy nuclear plants gussied up with highly imaginative accounting and an unrealistically high dividend that was not covered by prospective earnings. Subsequently, the government had to bail out the nuclear company and then finally disposed of it to EDF, the state-controlled French utility. 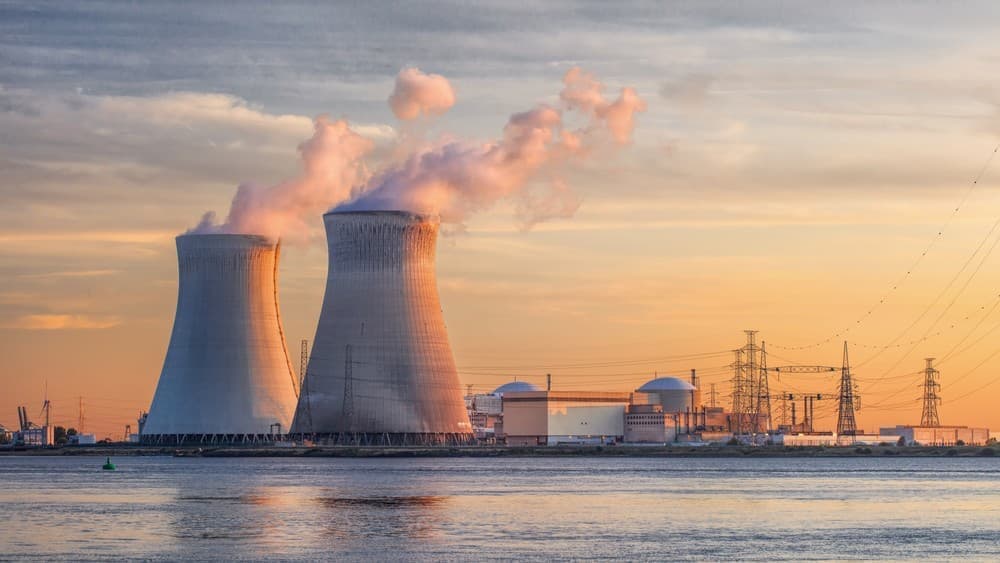 However, despite the sales and privatizations, the UK government once again wants to assure that nuclear power remains in their nation’s electric generating mix (all existing nuclear stations are scheduled for closure by 2030). In order to entice EDF to build the new Hinkley Point nuclear power station, the government set an astonishingly high (then) guaranteed price for power plus other related services. These units, when completed, might end up as the most expensive power generating plants ever built. The government also worked assiduously to bring in Chinese government investors—which is no longer government policy. (We should point out as an aside that the Thatcherites were widely mocked at the time for their cavalier attitude about the important connection between energy security and national security.)

Well, the UK government under Prime Minister Boris Johnson now wants to commit to another big nuclear project, Sizewell C, while Rolls-Royce wants to build and sell smaller nuclear reactors. There were also headlines this week about a total of seven new nuclear plants by 2050. But what will entice builders and investors into these financially risky ventures which can take a decade or more to complete? The answer is the Nuclear Energy (Financing) Act passed last week. In this bill, the government abandoned the Thatcherite disdain for rate base regulation (discourages efficiencies, puts emphasis on building the rate base) along with Ms. Thatcher’s strong belief in competitive markets to set a “regulated asset base for nuclear energy generation projects.” The government will set a return on a nuclear investment and It will change the size (i.e. increase) of the regulated asset as required by conditions. This suggests that even rampant cost overruns could go into the new power plant’s rate base. This serves to protect the power plant’s builders from financial harm but not UK electricity consumers. The government would only have to explain why it changes this guaranteed payment to the builder but it does not have to release information publicly “if likely to prejudice the commercial interests of any person” or if release would be “contrary to interests of national security.” Does that read like a nuclear amendment to the Official Secrets Act?

The extremely vague commercial terms of the Act do not come out and say it in so many words, but entities in the industry (presumably the retail suppliers) will pay the nuclear generator as rate base increases during the construction process. (In the US we would call this payment for CWIP or construction work in progress). The Act does not say what would happen if the construction process stopped, leaving an incomplete, multi-billion-dollar liability. Would customers get their money back? If so, who would pay existing creditors? The government, perhaps?

The government civil servants, the amateur energy ministers (cabinet shuffles can change the key players quickly) and regulators will have their work cut out for them in protecting the public interest. Literal armies of engineers, lawyers, and financial experts, who have all the expertise and the blueprints (if people still use blueprints) will decide largely in secret the justification of ongoing new nuclear power plant expenditures. Once the construction begins, the builders hold all the cards: the implication is if the public wants an expensive, extremely complicated plant finished then let us do it our way! Consumers have rarely come out ahead in the three-plus decades of British electric utility deregulation. More frankly we might add that British energy deregulation only produced two real changes: higher profitability for corporations and investors and higher power prices for consumers.

In conclusion, the British government has decided they want to increase the percentage of nuclear power in the nation’s energy mix. However, they realize that existing financial markets will not provide adequate capital to accomplish this. As a result, they have devised a scheme to shift all nuclear power plant financial risks back onto the consumer (with possible government backup). This Act simply proves a point we made here previously. Nuclear power is not and has never been a commercial venture. If building a nuclear power plant is in the UK’s national interest, in the same way as building a seawall or an air defense system, then the government should take on the task of building and financing the project on the government's budget. That would also greatly reduce the cost of capital on a project where capital is an enormous percentage of the overall total cost. The contractors working for the government could not do much worse than the current set of builder-owners.