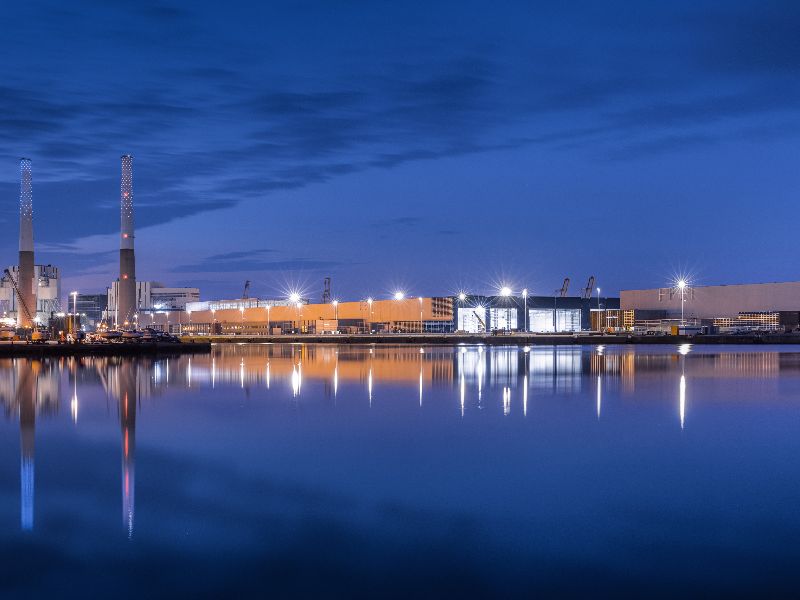 The facility is the world’s first to encompass both offshore wind turbine nacelle and blade manufacturing under one roof. It is the largest industrial renewable energy project in France.

A dedicated installation hub is also under finalization on the same plot. This will allow direct load out of wind turbine components to French offshore wind power plants.

Locally in Le Havre, the first 500 positions out of the 750 total direct and indirect jobs to be created have been filled. The remaining 250 positions are expected to be filled between the end of the calendar year 2022 and early 2023.

Marc Becker, CEO of the Siemens Gamesa Offshore Business Unit, commented on the announcement in a statement, “Producing our first offshore wind power components in Le Havre is electrifying. This investment serves as a major driver of the economic growth story in Normandy and in the French offshore wind industry.

“With the world’s first offshore nacelle and blade factory under one roof, we can unlock the power of wind for our customers and the people of France. We are energized to lead the way, especially coupled with solid orders and the government’s recent French Offshore Sector Deal.”

The people-centred investment is the first in France dedicated to the production of wind turbine nacelles and blades.

Filippo Cimitan, Siemens Gamesa France’s Managing Director, commented, “The first nacelles and blades headed for the Bay of Saint Brieuc and the Fecamp projects are tangible proof of the power of commitment to renewable energy in France.

“The French offshore sector deal recently signed by the French Government commits to 18GW to be installed by 2035 and for awards growing from 2GW per year from 2025 onwards. The growth path is crystal clear.”

Preferred supplier agreements include the 496MW Yeu Noirmoutier project and the 496MW Dieppe le Tréport project. The projects will, in total, use both Siemens Gamesa 7MW and 8MW offshore Direct Drive nacelles, as well as 75-meter long B75 blades and 81-meter long B81 blades.