13 Mar 2022  by nuclearpowerdaily.com
Russian engineers have arrived to measure radiation at a Ukrainian nuclear plant, the seizure of which during Moscow's invasion of the country sparked international alarm, officials said. 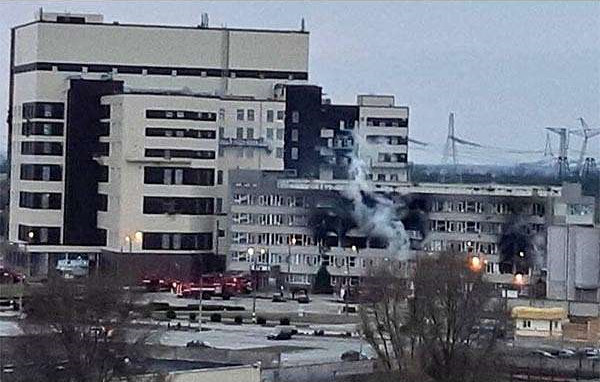 Its reactors appeared undamaged after the assault despite a fire that broke out there after tanks bombarded it.

Officials from Russia's nuclear firm Rosatom arrived at the site on Friday, the Ukrainian nuclear agency Energoatom said in a message on Telegram.

The Russians told Ukrainian personnel they were there "to evaluate the radiation level" and "help to repair the plant" which was hit by shells, Energoatom said.

At the time of the attack, Moscow's UN ambassador denied that Russia had shelled the plant.

The Ukrainian agency said that the Russians had come directly to the site because Ukrainian personnel had refused to collaborate with them.

It said one of the Russians who arrived at the plant had introduced himself as the new civil and military administrator of the area and declared the plant part of Russian territory, to be run by Rosatom.

In a separate statement, Rosatom confirmed the dispatch of Russian specialists, but said the operation of Zaporizhzhia, like Russian-occupied Chernobyl, would be undertaken by Ukrainian staff.

The Russian specialists would be there to "advise" the Ukrainian teams, the statement added.

Advice would be given on "the restoration of power at the Chernobyl facility and the physical protection system at the Zaporizhzhia power station", the Russian nuclear operator said.

"Operations to guarantee the safety of operations at Ukrainian nuclear facilities would be undertaken in contact with the IAEA."

With six reactors, Zaporizhzhia can power up to four million homes and produces about a fifth of Ukraine's electricity. It opened in 1985.