The Royal Society for the Protection of Birds (RSPB) is to advise UK solar developer Lightrock Power on how to achieve a 20% biodiversity net gain on its solar farms. 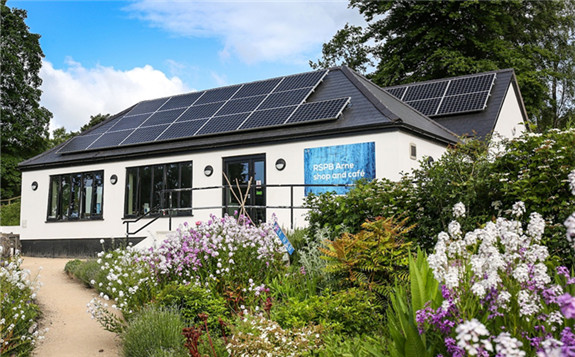 Lightrock has already committed to the 20% net gain, with the partnership with RSPB having the potential to achieve greater biodviersity net gains.

Already, RSPB has provided advice on how to deliver a net gain of 208% for nature at Lightrock’s planned Woolpots Solar Farm in North Yorkshire.

This is being achieved through sowing wildflowers, cutting holes at the bottom of fences to create ‘hedgehog highways’, gathering cuttings of wood into piles to give a home to invertebrates, reptiles and amphibians, putting up bird and bat boxes and platting new trees and hedgerows.

Sam Tarrant, RSPB business conservation partnerships manager, said: “The team at Lightrock are a real example of how businesses can be allies for nature, tackling the biodiversity and climate crises head on.”

The new partnership follows RSPB also teaming up with the likes of Lightsource bp in 2014 for a competition to design a new bird or bat box to be installed at solar farms and Anesco in 2016 to improve the biodiversity of Anesco’s solar farms.

The charity has also installed a mix of rooftop solar and solar carports at seven of its nature reserves, with this financed by a £700,000 loan from ethical banking firm Triodos.

The new partnership with Lightrock follows the publication of research from Lancaster University last week showing how changes in the way solar farms are managed could boost bee populations. Indeed, the research showed that managing solar PV land as meadows rather than turf grass could see sites support four times as many bumble bees.