One of the world’s largest hybrid floating solar arrays has officially begun commercial operation on a hydropower dam in the east of Thailand, with plans for 15 more such projects to come, totalling 2,725MW across the country. 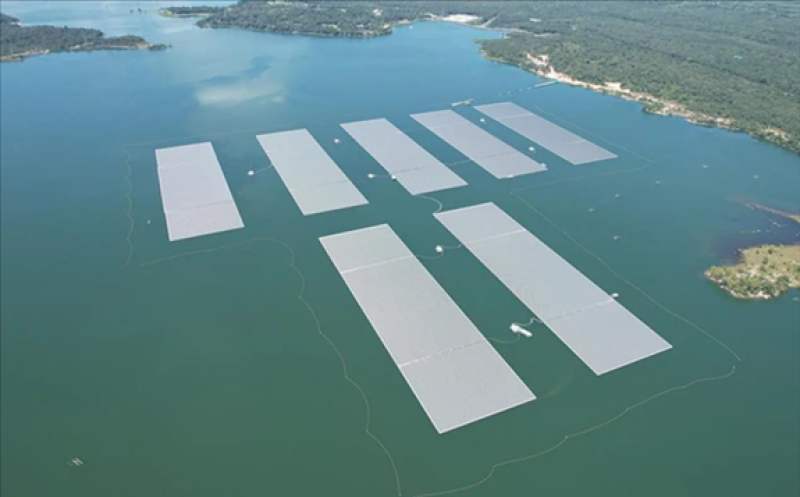 The Electricity Generating Authority of Thailand (EGAT) said this week that the 45MW Hydro-Floating Solar Hybrid Project at Sirindhorn Dam began had been switched on at the end of October atop Sirindhorn Dam in Thailand’s Ubon Ratchatani Province.

It is billed as a “hybrid” project as it can not only produce electricity from solar panels during the day but also hydropower from the existing dam.

Egat has claimed the Thai floating PV project as the world’s largest floating solar and hydro plant, which it well may be. On floating solar alone, however, there is a bigger 60MW array on the Tengeh Reservoir in Singapore that was recently completed.

And in Indonesia, a project that will top them all is in the works, with a 2,200MW floating solar farm, paired with more than 4,000MWh of energy storage, recently approved for construction on a reservoir on Batam Island.

In Thailand, development of the Sirindhorn Dam has sought to go beyond power generation by serving as a potential tourist attraction in the Ubon Ratchathani Province, while also creating jobs and income for the community.

Worth noting is that the “tourist” aspect of the dam is not limited to a dim hope that renewable energy enthusiasts will begin flocking to the area, but as can be seen in the photos below, the area has been developed as a must-see destination for visitors to Thailand.

According to EGAT, the 145,000 solar panels have been arranged into seven arrays that cover less than 1% of the entire reservoir. The floating solar plant also uses the dam’s existing transmission system and electrical equipment, helping to reduce overall costs.

The Electricity Generating Authority of Thailand has decided to move ahead with a larger 15-site portfolio of floating solar projects atop EGAT dams which will reach a total capacity of 2,725MW.

This new portfolio of projects will kick off with a 24MW floating solar project atop the Ubol Ratana Dam in the Khon Kaen Province of north-east Thailand.