On the sidelines of the UNFCCC COP26, HE Alexey Overchuk, Deputy Prime Minister of the Russian Federation held a working meeting with HE Yury Sentyurin, Secretary General of the Gas Exporting Countries Forum (GECF), which reinforced the long-standing historic ties between the Forum and one of the world’s largest energy producers. 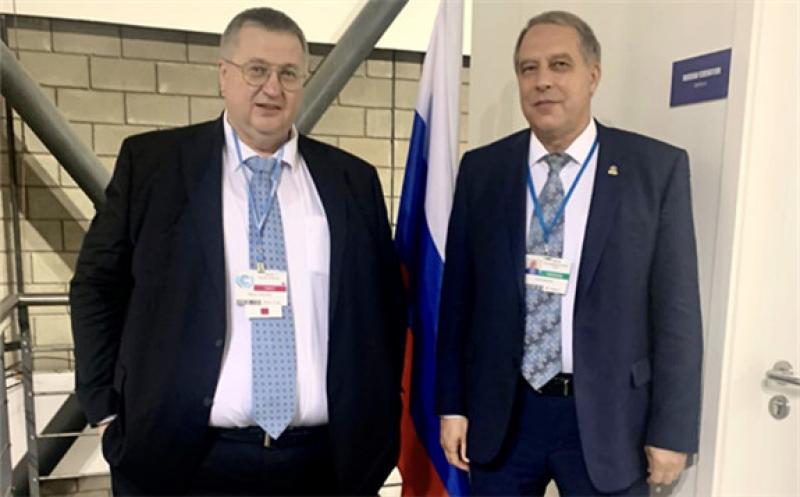 Whilst the two sides reaffirmed their commitment to their joint approach on energy and the environment, HE Deputy Prime Minister Overchuk specifically outlined Russian’s plan to become carbon neutral by 2060, and new climate legislation that introduces mandatory carbon reporting for the largest greenhouse gas emitting companies operating in the country, among a host of other national measures.

Quoting HE Vladimir Putin, Russian President’s statement at the UNFCCC COP26 and recalling notable comment by HE President at the recently-held Russian Energy Week about the growing role of natural gas as the most environmentally friendly, clean, transitional fuel, drew support from the gas industry, the authority remarked that Russia embraces the energy transition but its space will depend on several varied factors and that conventional energy sources can’t be discontinued just yet.

Aligning environmental ambitions, HE Yury Sentyurin expressed disappointment at the continued flogging of natural gas by vested interests who fail to adequately present an alternative to the global energy system.

GECF Secretary General noted that the world should approach decarbonisation carefully, and prevent the artificial acceleration of 'greening' the international agenda at the expense of the sustainability of GECF Member Countries’ energy sectors. In this context, HE Sentyurin articulated the Forum’s enthusiasm for participating in all international fora – from BRICS to G20 to UN – that would enhance cooperation to ensure sustainable economic growth.

The two sides took into account the rising pressure on the gas industry to reduce its emissions footprint, particularly following the release of the 6th IPCC Assessment Report.

The Russian representative stressed that discrimination against disadvantaged countries must end so that every state has access to clean technologies in order to achieve the UN Sustainable Development Goals.

“86 percent of our energy generation is based on solar, wind, natural gas, nuclear and hydroelectric power. Russia is already an example of low greenhouse gas emissions,” said HE Deputy Prime Minister Overchuk.

The GECF official provided a comprehensive inroad into the latest 2021 edition of the Forum’s Global Gas Outlook, to be launched at the 6th GECF Summit in February 2022, and highlighted the steps being taken by the 18-member coalition on decarbonising the gas sector, first and foremost under the GECF Environmental Knowledge and Solutions Framework Initiative and on the platform of the GECF Gas Research Institute.

“The GECF recommended to COP26 negotiators to ensure that dialogue is underpinned by technology transfer to decarbonise the energy sector,” said HE Sentyurin, adding that the upcoming 23rd GECF Ministerial Meeting and 6th Summit of Heads of State and Government of the Forum aspire to present a balanced energy-transition roadmap for a constructive debate in the coming months.

As an Observer Organisation to UNFCCC, the GECF has been an active participant of the Conference of Parties platform, joining COP24, COP25, and COP26. This year, the COP aimed at committing countries to net-zero carbon emissions by 2050.