A pioneering 7.5MW solar PV plant has reached commercial operation in Burundi, increasing the country’s generation capacity by over 10%. 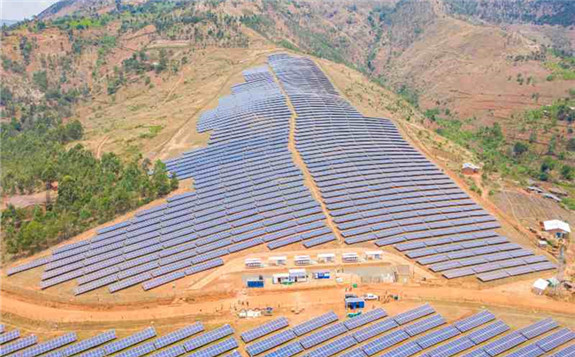 It’s the country’s first substantial energy generation project to go online in over three decades, supplying clean power to tens of thousands of homes and businesses.

The plant near the village of Mubuga supports international efforts to increase renewables and climate finance, especially for the world’s most vulnerable communities.

“Set to increase Burundi’s power generation capacity by 10%, this pioneering project, backed by UK government funding, is a fantastic example of countries working together ahead of COP26. Investing in a green future benefits the economy and the planet.”

The six-year process of building the solar plant was led by energy developer and independent power producer Gigawatt Global.

Financing for the construction of the project was provided via a consortium including pan-African private equity investor Inspired Evolution, the UK government-funded Renewable Energy Performance Platform (REPP – managed by Camco Clean Energy), and Gigawatt Global.

The construction loans are being refinanced by the US International Development Finance Corporation (DFC).

Additional support for the project was provided directly and indirectly from the Energy and Environment Partnership (EEP – a fund set up by Finland, the UK and Austria), the Belgian Investment Company for Developing Countries (BIO), Trinity International has advised the Gigawatt Global and Inspired Evolution equity teams since 2017. Engineering, procurement and construction services were provided by French firm Voltalia, and political risk re-insurance is provided by DFC.

Gigawatt Global CEO Josef Abramowitz said: “We thank our impact investors and strategic partners, as well as the Burundi government, for joining forces to accomplish this historic milestone on the road to climate justice and fulfilling many of the UN’s Sustainable Development Goals.”

Abramowitz, who was nominated by 12 African countries for the 2021 Nobel Peace Prize for his pioneering commitment to green energy access, continued: “Green energy projects that serve the most vulnerable communities should be prioritized by the international community.”

The Burundi field recently received the award for “Project of the Year” from EEP.

Gigawatt Global is also building a community centre powered by solar energy that will offer local access to productive use of electricity.

The centre will focus on community development through women’s empowerment and youth and employment programs, along with various educational components being developed with local and international NGOs.