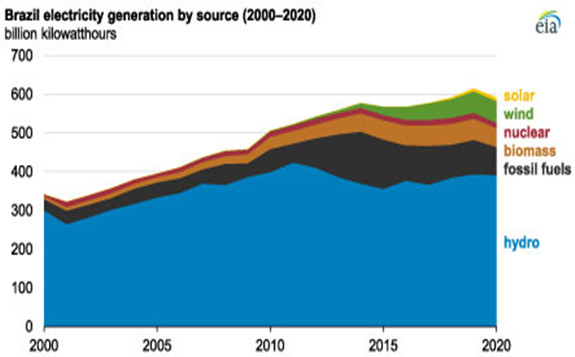 Most of Brazil’s hydropower capacity is located north in the Amazon River Basin, but electricity demand centres are mainly along the eastern coast, particularly in the south. National electricity reliability is challenged because of the country’s reliance on one resource (hydropower), the long distance between hydropower generation and demand centres, continued drought conditions, and deforestation.

Non-hydro renewables are the fastest-growing technologies in Brazil’s generation mix. With 4600 miles of windy coastline, Brazil has abundant wind resources. Wind capacity in Brazil, which totalled 17198 MW in 2020, is growing as new projects come online. One of these projects, Lagoa dos Ventos, began commercial operations in June 2021 and is the largest wind farm in South America. Although solar still represents a small share of the country’s generation mix, it more than doubled between 2018 and 2020, from 3.5 billion kWh to 6.7 billion kWh, according to the EIA.

In the Brazilian government's latest 10-year plan, it forecasts that renewable sources will account for most of the additions to installed power capacity expansion by 2030.The largest forecast addition will come from solar. 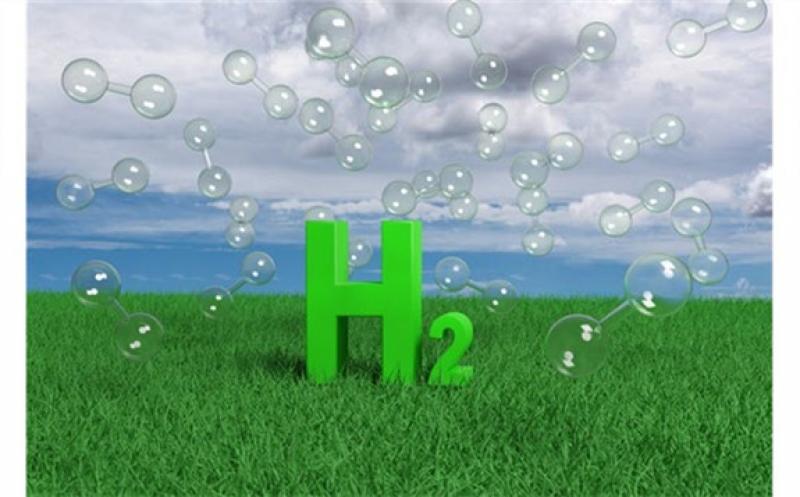