Driving investment towards nuclear projects, the topic of World Nuclear Association's Strategic eForum 2020 yesterday, has become "the top priority" for the industry, Ilya Rebrov, the chief financial officer of Rosatom, said in his opening remarks as part of the high-level panel. The opportunities to attract private financing to new-build projects are growing, and the Russian state nuclear corporation hopes to draw on its recent experience in wind energy, he said. 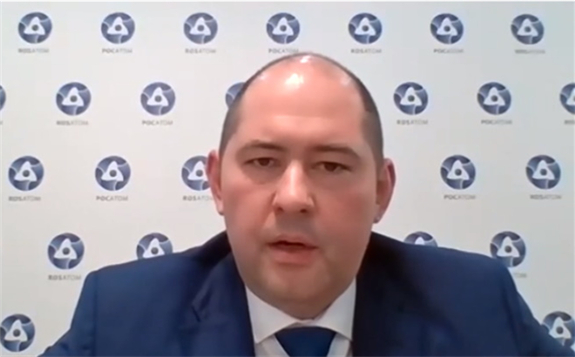 Financing is one of the main questions Rosatom’s new-build customers have, but the sources and mechanisms of financing vary, he said. A decade ago, Rosatom would offer the traditional industry option of an engineering, procurement and construction contract with, in addition, the "essential regulatory framework services", he said, but in time its "integrated offer" also included the build-own-operate model.

"Nuclear construction projects were typically implemented under state protection and, in rarer cases, private investors could be invited to participate in such projects. Nevertheless the situation is changing now and at present we could really acknowledge that the market for new build will be much broader and, in the case of the integrated offer of Rosatom, would be supplemented with the financing or co-financing of the project," Rybrov said.

"I believe that most new projects in nuclear and other segments of power generation could be implemented with full project financing. It requires quite extensive leverage, the loan could be up to 70% of the total package or even more, the project's operational cashflow is the main source of investment repayment, all project risks have mitigation measures, and investment is secured by the project company's pledged assets,” he said.

The first main challenge is for potential investors to overcome their reluctance to embark on the long investment phase typical of a new-build project. "Nobody wants to accept such a long period, but the phase of uncertainty is much smaller than the overall period of the undertaking," he said.

The project developer needs to satisfy the investor's need for "adequate security", he said. "Everybody wants state guarantees and all kinds of state security, and in a larger number of instances we have some [power] purchase agreements, contracts-for-difference and some other agreements that can be used as security. We also use bonds for the operational phase of the project."

Investors want guarantees that the project will be implemented on time and without any significant cost overrun because there have been "several not very good examples of time delays and cost overruns globally" with other companies, he said. "We can discuss how to share or how to cover some of the commercial project risks with investors, but there are risks that can't be accepted by any investor, which are the political or regulatory risks. These can only be covered by the host company and by the [project] provider."

Unlike other large infrastructure projects, including in the power sector, a nuclear power plant's assets, such as the buildings and equipment, cannot be used as security for a loan. "Investors are not willing or able to take possession of such assets as collateral," he said.

Another challenge is that some banks have an established policy of not working with the nuclear industry. To overcome this, Rosatom invites investors for detailed discussion of its projects only after the technical design and operational plans have been completed, licences from the host country have been obtained, and the supply chain for the project is in place.

"That's the time when we understand the overall level of project risk is [appropriate for] the investors, and we then start to work with them on the paperwork and in more detail," he said.

Rosatom has in recent years entered several new business areas, one of which is wind power generation. For its first wind energy project, it raised a special financing solution that included a guaranteed electricity price and a return on investment rate put into the capacity supply agreement with the state.

“As a result, we achieved the following terms: the bank entered into the project with 90% of the financing and, what’s more important, there is no special recourse on Rosatom nor on its subsidiaries during the operational phase, during the payback period. The other 10% is provided by Rosatom itself. We believe that could be seen as best practice and of course we are hoping on using it in our nuclear projects.

"In most cases we don't see nuclear projects on the agenda of banks because the projects are very complex, with lots of phases and lots of participants. We need to understand this complexity for banks and to make the whole process more transparent." 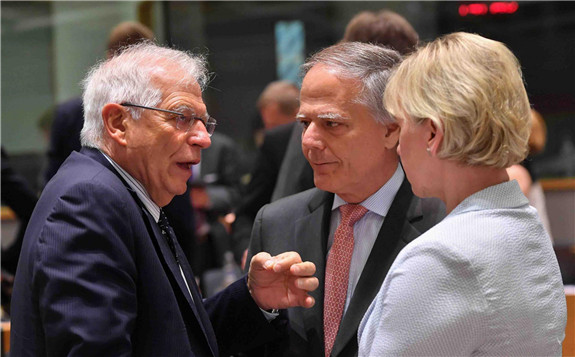