18 Mar 2020  by in oil & Companies News
For the last five years, U.S. shale oil producers have been battling suppliers for lower costs and running equipment and crews hard to drive drilling costs down by about $20 a barrel.

The oil market rout last week, however, has left most shale firms facing prices below their costs of production. The Organization of the Petroleum Exporting Countries (OPEC) and major oil producers including Russia have turned on each other to launch a price war that threatens to sink shale companies burdened with higher costs.

The cause of OPEC and Russia’s disagreement was what to do about plummeting oil demand as coronavirus curbs travel and economic activity worldwide. When oil producers failed to agree on coordinated cuts, they abandoned all attempts to keep global markets balanced.

With U.S. crude CLc1 falling 50% this year to near $31 a barrel, only a handful of the hundreds of U.S. shale firms today can profit from their newest wells, according to a Reuters analysis of field-by-field data provided by consultancy Rystad Energy.

Shale producers, most of which budgeted for oil between $55 per barrel and $65 per barrel in 2020, have moved quickly to idle rigs, cut staff and generate cash for expenses. The industry is on the ropes for the second time since 2014, when de facto OPEC leader Saudi Arabia launched the last price war to drive shale producers out of the market.

That effort pushed many shale producers into bankruptcy but ultimately failed because the industry made quick technological advance that drove costs down.

LOWEST COSTS
Just 16 U.S. shale companies operate in fields where the average new well costs are below $35 per barrel, according to Rystad. Among those, Chevron Corp (CVX.N), Devon Energy Corp (DVN.N) and EOG Resources said they plan or are weighing new spending cuts.

The largest U.S. oil producer, Exxon Mobil Corp (XOM.N), turns a profit at $26.90 per barrel on its New Mexico properties, which are about a quarter of its Permian holdings, according to Rystad. The company declined to comment for this story, but earlier this month said it would slow its development in the Permian Basin, the largest U.S. shale field that spans Texas and New Mexico.

Occidental Petroleum Corp (OXY.N), and privately held CrownQuest Operating, both have costs below $30 per barrel, according to Rystad Energy.

But just covering output costs leaves producers lacking cash for shareholder dividends and corporate costs. Despite Occidental’s low-cost advantage, its shares on Friday traded at $14.26, down about 65% this year over worries it will not be able to shoulder its $40 billion debt load.

In North Dakota only six producers can cover costs at that level. In the Permian, a dozen can.

Already, producers are asking oil service companies, which supply them with what they need for drilling in the shale patch to cut the price they charge for those services by 25%.

Producers are already working with restructuring firms, hoping to cut deals with creditors, people familiar with the matter said, and others are checking the value of their hedges, a means of locking in prices for future output.

REDOUBLING COST CUTS
“A limited amount of activity will be able to go on,” said Matt Gallagher to Reuters, chief executive of Parsley Energy, who estimates that “activity levels will likely decrease 50% plus.”

Most U.S. shale production is “at risk with the current oil prices,” and new drilling projects are likely “to be put on hold relatively quickly,” said Artem Abramov, head of shale research at researcher Rystad Energy.

(For a graphic on the shale price producers need to cover costs, please click here: tmsnrt.rs/3cUpDwQ)

Parsley Energy is one of the few that can cover its costs with oil in the $30s, according to analysts’ estimates. But, said Gallagher, that is not good enough. “We fully expect that (cost) structure to reduce quickly from here,” he said.

Gallagher plans to cut spending and idle equipment, although the magnitude of the latest price collapse has not allowed him or others to precisely say how much and for how long. It will take six months for service costs to come down, he said.

Competitors are still deciding how deeply they need to go. EOG Resources Inc (EOG.N), one of the largest U.S. shale producers, is “evaluating our activity” and “in the process of finalizing our specific plans,” CEO Bill Thomas said.

Denver-based shale producer SM Energy Co (SM.N) has hedged 80% of this year’s oil production, giving it a guaranteed price of about $55 to $58 per barrel, and does not need to make quick cuts, said Vice President Jennifer Martin Samuels. Still, it is “evaluating the current plan in terms of modifying activity.”

“There are no good answers for the industry in a $30 per barrel environment,” Stephen Richardson, a shale analyst at Evercore ISI, wrote on Thursday in a report titled: “Let’s not fool ourselves, it’s all uneconomic and likely to stay that way.”
Source: Reuters (Reporting by Jennifer Hiller in Houston; Editing by Gary McWilliams, Marguerita Choy and Simon Webb) 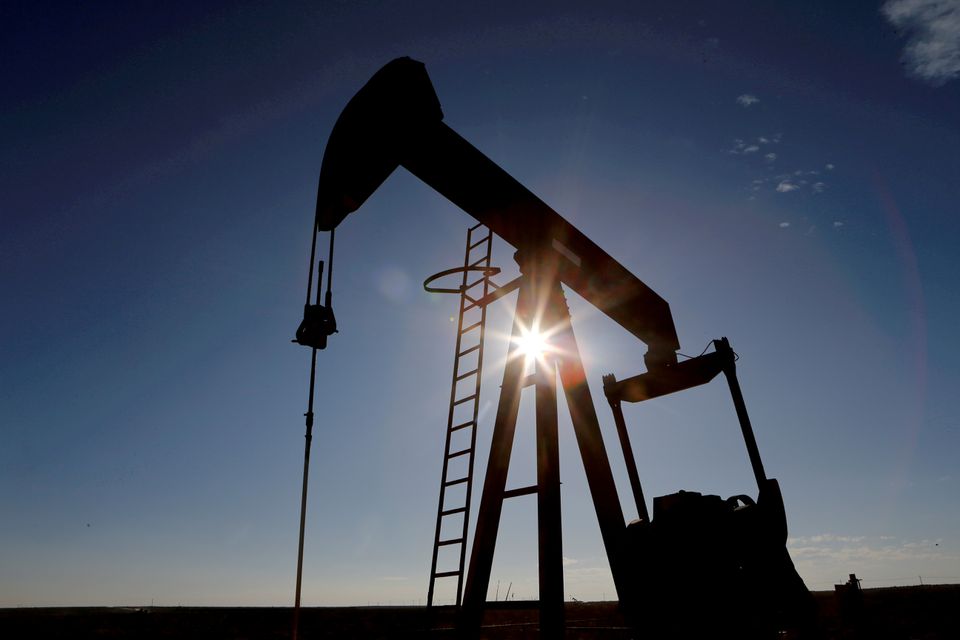