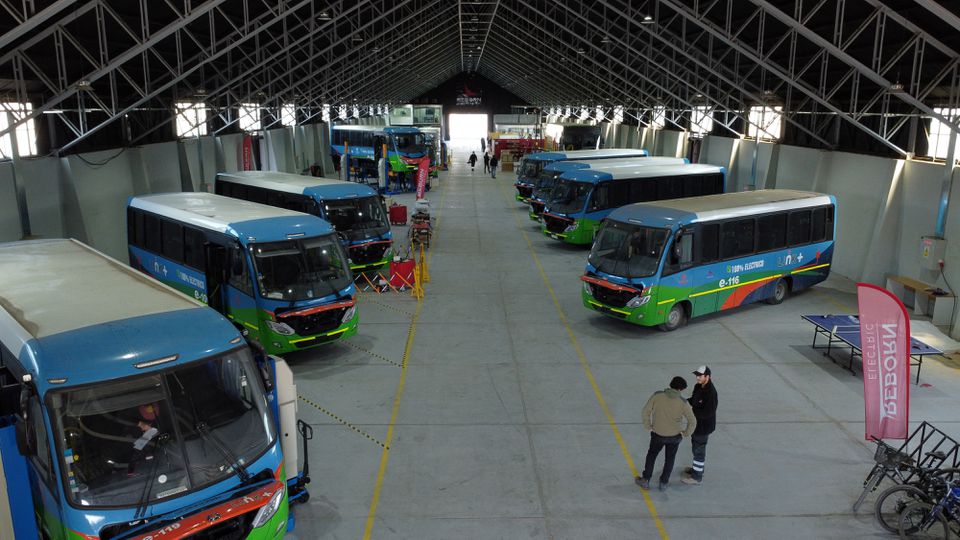 A view of parked buses inside an electric bus factory and assembly plant in Rancagua, Chile July 20, 2022. REUTERS/Ivan Alvarado

Electric buses built by a Chilean company are now operating in the world's top copper-producing nation, as the country seeks ways to reduce its use of fossil fuels and achieve its environmental goals.

Reborn Electric Motor, located about 84 kilometers (52 miles) south of Chile's capital Santiago, aims to produce 200 electric busses a year, enough to keep some 65,000 tonnes of carbon out of the atmosphere.

Chile's environment ministry is spearheading a new law that would commit the country to net zero carbon emissions by 2050, matching a previously stated goal by state-owned copper giant Codelco to become copper neutral.

While Reborn builds the buses from scratch, it also gives existing diesel buses an electric future by converting them in a process the company says produces an option that's both sustainable and economical.

"We take diesel buses, take out the diesel motor, the diesel tank, and we install lithium ion batteries and electric motor and control system, and with that we have end up with a bus with zero emissions at a much more accessible price," said Reborn co-founder Ricardo Repenning.

The company hopes its efforts can help promote the industry outside of Chile.

"Our goal is for state-of-the-art technology to be produced from Chile and that this technology can be used globally," said Felipe Cevallos, the company's general manager.