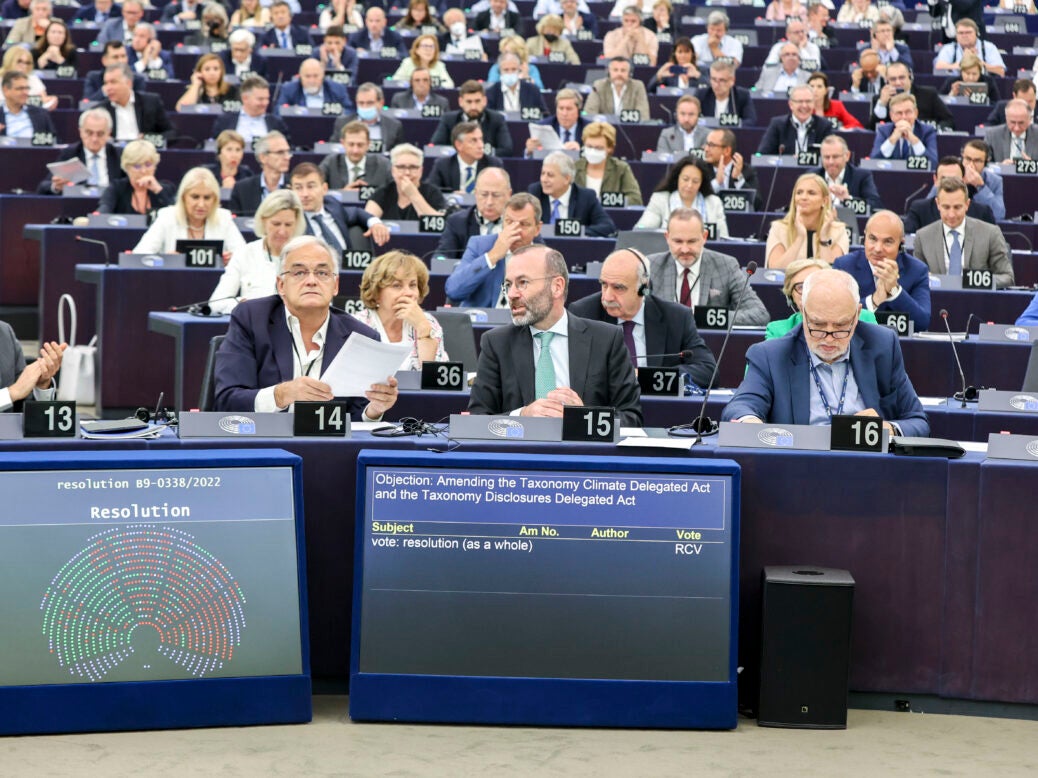 The EU Parliament has voted not to prevent gas and nuclear projects from accessing green funding.

In clearing the way for an EU Commission proposal, the parliament has added nuclear and gas projects to the EU taxonomy’s definition of “green”. This will allow projects to access the funds of green investors and initiatives.

In a relatively close vote, the parliament voted not to object to the European Commission’s proposal by 328 to 278. Proponents have said that including gas and nuclear in green funding would allow effective near-term decarbonisation. At the same time, opponents have said that their inclusion dilutes the “green” label and could inhibit long-term change.

However, the law could still fail if 20 of the 27 EU countries object to it, though this seems unlikely. Representatives of the European Commission, which represents governments of member countries, have said they do not see nuclear or gas as perfect. The Commission’s proposal only allows funding for nuclear projects “that fulfil nuclear and environmental safety requirements”. Similarly, “green” gas projects must “contribute from the transition of coal to renewables”, alongside other requirements.

At the time, commission member with oversight of financial affairs Valdis Dombrovskis said: “[The proposal] is about accompanying the EU economy in the energy transition as a bridge towards a green energy system based on renewable energy sources. It will accelerate the private investment we need, especially in this decade. With [these] new rules, we are also strengthening transparency and disclosures of information, so that investors make informed decisions, thereby avoiding any greenwashing.”

Countries looking to transition away from coal, the dirtiest fuel, often move toward gas power. The funding would enable this, but could also allow the creation of new gas plants. In turn, these would mandate the long-term consumption of gas, or become stranded assets.

Slovakian prime minister Eduard Heger said the vote result was good for energy security and emissions-cutting targets. However, representatives of Luxembourg and Austria said they would challenge the law in court. Following the vote, Austrian climate minister Leonore Gewessler said: “It is neither credible, ambitious nor knowledge-based, endangers our future and is more than irresponsible.”

Climate campaigners have strongly criticised the move, with Greenpeace EU sustainable finance campaigner Ariadna Rodrigo saying: “It’s an outrageous outcome to label gas and nuclear as green and keep more money flowing to Putin’s war chest, but now we will fight this in the courts.”

As the largest democratic body currently defining the limits of “green”, other smaller bodies may follow the EU’s taxonomy.