OPEC+ Working On Making up for Lower Russian Oil Output 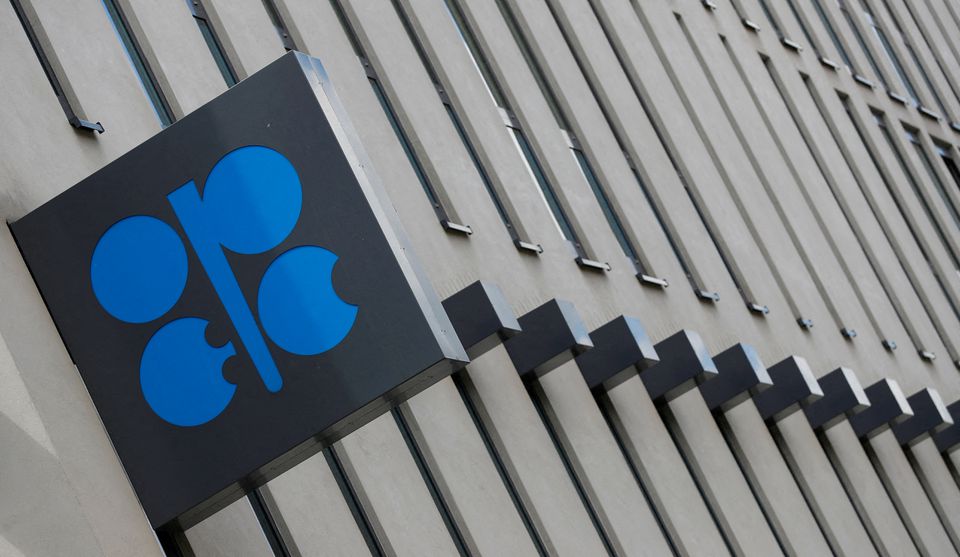 The logo of the Organization of the Petroleoum Exporting Countries (OPEC) is seen at OPEC's headquarters in Vienna, Austria June 19, 2018. REUTERS/Leonhard Foeger/File Photo
OPEC+ is working on making up for a drop in Russian oil output, two OPEC+ sources said on Thursday, as Russia's production has fallen by around 1 million barrels per day as a result of Western sanctions on Moscow over Ukraine.

One OPEC+ source familiar with the Russian position said Moscow could agree to other producers compensating for its lower output but it may not happen at a Thursday meeting and might not be in full.

A Gulf OPEC+ source said a decision on the matter was "highly possible" at a meeting on Thursday.

The group is meeting online later on Thursday and has been widely expected to stick to its planned monthly modest output increases despite tighter global markets.

However, Western sanctions imposed on Russia over Ukraine may result in production and export cuts from the world's second largest oil exporter of as much as 2-3 million bpd, according to various estimates.

Russia was already producing below its OPEC+ target of 10.44 million barrels per day (bpd) in April with output of around 9.3 million bpd.