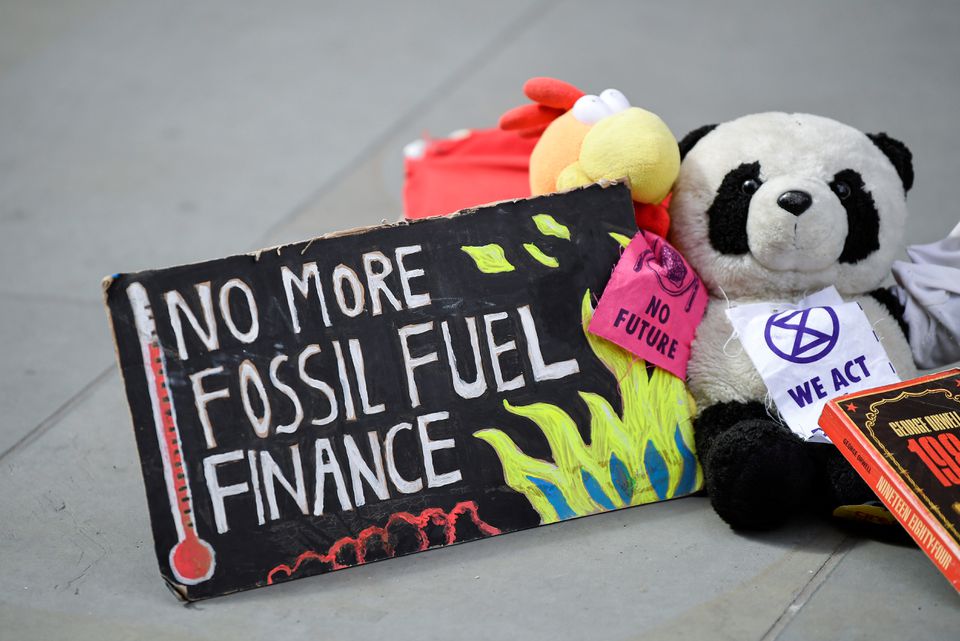 A sign lies on the ground as members of Extinction Rebellion stage a protest against the use of and investment in fossil fuel, outside offices of Vanguard Asset Management. London, Britain, April 22, 2022.
REUTERS/Toby Melville

Vanguard, the world's second-biggest asset manager, said it expects nine funds managing $290 billion to reach the world's climate goal by 2050 and be at least half way there by 2030, drawing criticism from campaigners for a lack of ambition.

The privately-held U.S. company is one of more than 230 to sign up to the Net Zero Asset Managers initiative, a group of investors committed to supporting the goal of reaching net-zero greenhouse gas emissions by mid-century.

As part of joining, all signatories commit to setting shorter-term targets for the emissions linked to their investments.

However, the company declined to put a formal target or expectation on the bulk of its assets - more than $5 trillion - which are invested in funds that track indexes, many of them containing high-emission companies with weak climate targets.

Vanguard said more than 70% of its equity index fund assets were invested in companies with some form of emission reduction goal, although the bulk have yet to align fully with actions that would get them to net-zero.

Vanguard said it would engage with companies over their climate plans and commitments, but that coordinated effort was needed from companies, markets and policymakers.

"Vanguard should be laughed right out of the NZAM for this absurd attempt at a climate target," said Casey Harrell, Senior Strategist at the Sunrise Project. "Vanguard needs to start over and do better."