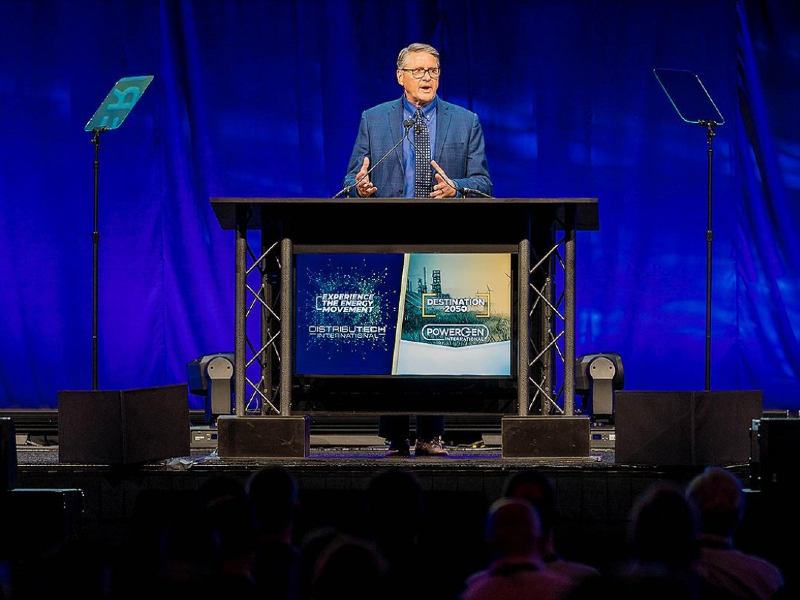 The keynote by former US energy secretary Rick Perry proved to be the main talking point in a varied opening session for DistribuTECH International and POWERGEN International this week, writes Nigel Blackaby in Dallas.

Perry’s message in support of fossil fuels and nuclear energy would have landed well with part of the audience, but others may have been surprised that he railed so hard against “so-called experts” while telling the audience that future generations would thank authorities if they were “truthful” with us about the realities of the net-zero targets.

Perry’s remarks contrasted with those by the current US Energy Secretary, Jennifer Grandholm, who was at pains to point out how much the current administration is supporting renewable energy and nuclear as well as the Energy Earth Shots aimed at boosting emerging technologies like long-duration energy storage.

Grandholm described the US energy grid as a great achievement of the 20th century but said it “was not prepared for the risks and threats of the 21st Century.” She said that greater robustness would be achieved by rolling out more home-grown renewables.

The keynote in Dallas began with some predications from Tom Dietrich, CEO of Itron, including the claim that we will see tremendous growth in the type of “edge intelligence” that will provide a fuller understanding of how the grid is functioning second by second and the central processing of this data will signal actions to be taken by grid operators. “The grid of the future will be very different – a living, breathing, agile thing,” said Dietrich.

Jim Greer, COO of Oncor, the largest electric delivery utility in Texas, paid tribute to the importance of the event taking place in Dallas this week, arguing that the technologies being discussed and innovations being revealed this week would likely become the staple technologies in ten years’ time.