Biomass Gasification and the Future of Hydrogen Fuel

18 May 2022  by azocleantech.com
Even though hydrogen is a clean energy carrier (fuel), its production adds significantly to the global carbon footprint. Furthermore, environment-friendly production of hydrogen is highly costly. But there is a better solution: biomass gasification. 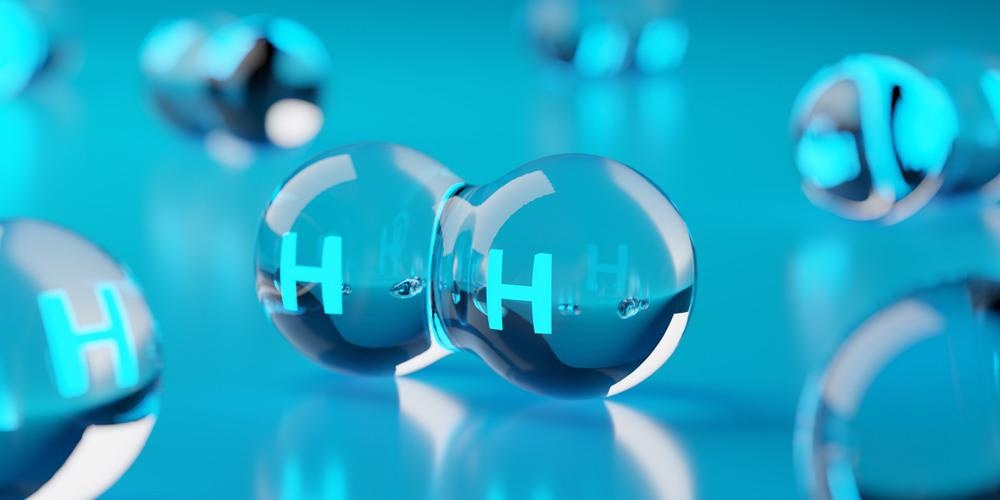 What is Biomass Gasification?

Biomass is any renewable organic material, such as agricultural crop residues, organic municipal solid trash, forestry waste, and animal waste. Converting these resources into fuel and gases at a high temperature is gasification. Biomass gasification is biofuel production from organic, renewable feedstock.

In this process, the biomass is dehydrated at 150 °C before being heated to 800–900 °C in a gasifier with an oxidizing agent. Due to increased heat, the dry waste residue degrades, and then complex solid hydrocarbons break down into flammable gases such as hydrogen and syngas. These gases can be utilized as fuel once separated and purified.

How is Biomass Gasification Currently Being Used?

The formation of combustible gases known as producer gas arises from the incomplete combustion of biomass during gasification. Producer gas can power internal combustion engines, replace furnace oil, and make methanol, which can be used as a heat engine fuel and a chemical feedstock for industries.

Biomass gasification at a higher temperature with an oxidizing agent produces syngas. Syngas can be utilized for heating and the production of synthetic compounds such as ammonia, methanol and dimethyl ether.

Hydrogen can be produced via biomass gasification. This method utilizes a thermochemical reaction at high temperatures and low pressures. Hydrogen, carbon monoxide, methane, carbon dioxide, and other gases are produced due to this process.

If the goal is to optimize hydrogen production, the process should include syngas purification, a water–gas shift reaction to increase H2 concentration, and carbon capture technology to store CO2 emissions. Using carbon capture and storage, hydrogen generation from biomass is the only method that generates net-negative CO2 emissions.

Hydrogen (H) is the most common element on Earth, although it does not exist on its own under normal conditions. Due to its reactive properties, it quickly combines with other elements to form different organic and inorganic compounds, for example, water (H2O).

There are several methods for producing hydrogen, each with its own set of advantages and disadvantages regarding cost and environmental friendliness. The more carbon dioxide emitted during hydrogen synthesis, the less environmentally beneficial its production will be.

Traditional Use of Hydrogen in the Industries

Hydrogen has been used in the oil refining and chemical sectors. According to the IEA, the world produces approximately 69 million tons of hydrogen per year. A total of 63% is used in the chemical industry, 31% in oil refining, 6% in processing, and less than 1% as fuel for cars, trucks, and rockets.

Hydrogen's energy density (33 kWh/kg) is far higher than gasoline and diesel (approximately 12 kWh/kg), making it an excellent energy carrier or fuel. The most significant benefit of hydrogen is that it is a clean fuel because, when burned, only water is formed as a byproduct without the emission of any harmful gases.

It has the potential to decarbonize economic sectors and industrial processes where lowering carbon emissions is both critical and complex.

But only in the last decade, against the background of the active implementation by industrialized countries of environmental programs to reduce CO2 emissions into the atmosphere and the signing of the Paris Climate Agreement, hydrogen began to be considered a real alternative to hydrocarbon fuel.

Innovations for mass hydrogen production at a competitive cost will be critical to the transition to zero carbon emissions and to reducing global warming to 1.5 °C. Testing and optimizing various technologies, including methane pyrolysis and plasma-chemical methods for producing hydrogen from natural gas using carbon capture technology, will be essential in moving towards deep decarbonization to achieve the goal set in the Paris Climate Agreement.

While the new hydrogen economy is far from being realized, hampered by economic constraints and the immaturity of many end-use technologies, H2 has a potentially significant role. As a fuel that leaves no carbon footprint when burned, hydrogen could be the solution to critical issues for new energy-based renewables.

Using $5 million in government funds, the new Hydrogen BECCS Innovation Program will aid in the development of a hydrogen-generation system that uses BECCS (BioEnergy with Carbon Capture and Storage).

In the BECCS process, the carbon emitted during hydrogen production is captured and stored, ensuring clean energy production. The effort shows how biomass and hydrogen can play a role in achieving net-zero in the UK.

Babcock & Wilcox and Kiewit Industrial have teamed up to build a biomass power plant in the Port of Greater Baton Rouge in Louisiana. The 200-megawatt Project Cyclus power facility will be the largest of its kind.

The projected facility will create aviation fuel, green hydrogen, bio-plastic feedstock, and renewable diesel with no carbon emissions. Biomass fuels will be used in the Cyclus project, including wood waste, wood chips, and bagasse, etc., with carbon capture technology that will isolate the CO2 emissions underground.

The Government of Ontario released its first Low-Carbon Hydrogen Strategy on April 7, 2022, outlining the province's vision and expectations for the developing hydrogen sector.

Several proposed activities are included in the strategy to enable hydrogen generation and expand the developing low-carbon hydrogen economy. According to the plan, low-grade forest biomass will now be used to make low-carbon hydrogen through pyrolysis and gasification.

The potential of hydrogen as a fuel has long been recognized. Its potential as an emission-free energy transporter is being rediscovered as the world rushes to limit the effects of global warming. It has the potential to decarbonize transportation, heating systems, and industrial operations, which are currently challenging to decarbonize through renewable energy.

Biomass Gasification and the Future of Hydrogen Fuel