14 Apr 2022  by power-eng.com
The U.S. Department of Energy (DOE) announced new funding aimed at improving the efficiency of hydrogen-fueled turbines that could one day be used in clean power plants.

The Department’s Office of Fossil Energy and Carbon Management (FECM) earmarked $4 million, which would fund several projects focusing on the research and development of ceramic matrix composite components, which allow hydrogen turbines to operate at higher working temperatures.

Electricity made from clean hydrogen—whether produced from renewable resources or from fossil or carbon-based waste resources, coupled with pre-combustion carbon capture and durable storage—will help in achieving the Biden-Harris Administration's goal of a zero-carbon U.S. power sector by 2035.

The Department said projects would be selected under two areas: Benchmark of CMC Performance with Predictive Modeling and Improvement to Temperature Performance of CMC Materials.

As the energy industry works to meet decarbonization goals, the advantages of hydrogen combustion include fuel flexibility, through the ability to burn hydrogen and fossil fuels like natural gas; fuel security through integration with hydrogen storage; the ability to meet large demands for electricity; and the flexibility to follow loads from variable generation.

Major OEMs in the power generation industry like GE, Siemens and Mitsubishi Power have been focusing their efforts on hydrogen combustion in gas turbines, particularly for large-scale generation.

But experts note while hydrogen combustion offers a promising energy storage and conversion pathway, it is not a “drop-in” fuel for much of today’s natural gas fired energy conversion devices.

According to the DOE’s hydrogen plan, though significant progress has been made, additional research, development and demonstration is needed to address issues such as auto-ignition, flashback, thermo-acoustics, mixing requirements, aerothermal heat transfer, materials issues, turndown and combustion dynamics, NOx emissions, and other combustion-related issues. 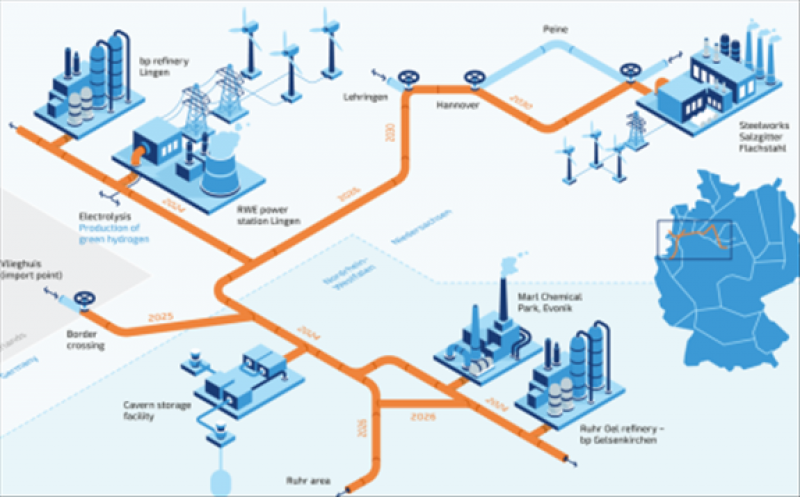