09 Apr 2022  by energydigital.com
Lhyfe and wpd Offshore sign MoU to develop one of the most ambitious green hydrogen projects in Europe at Storgrundet offshore wind farm.

Lhyfe and wpd Offshore have signed a memorandum of understanding (MoU) to jointly establish and directly connect a facility for green hydrogen production to wpd's planned offshore wind farm, Storgrundet, in Söderhamn. 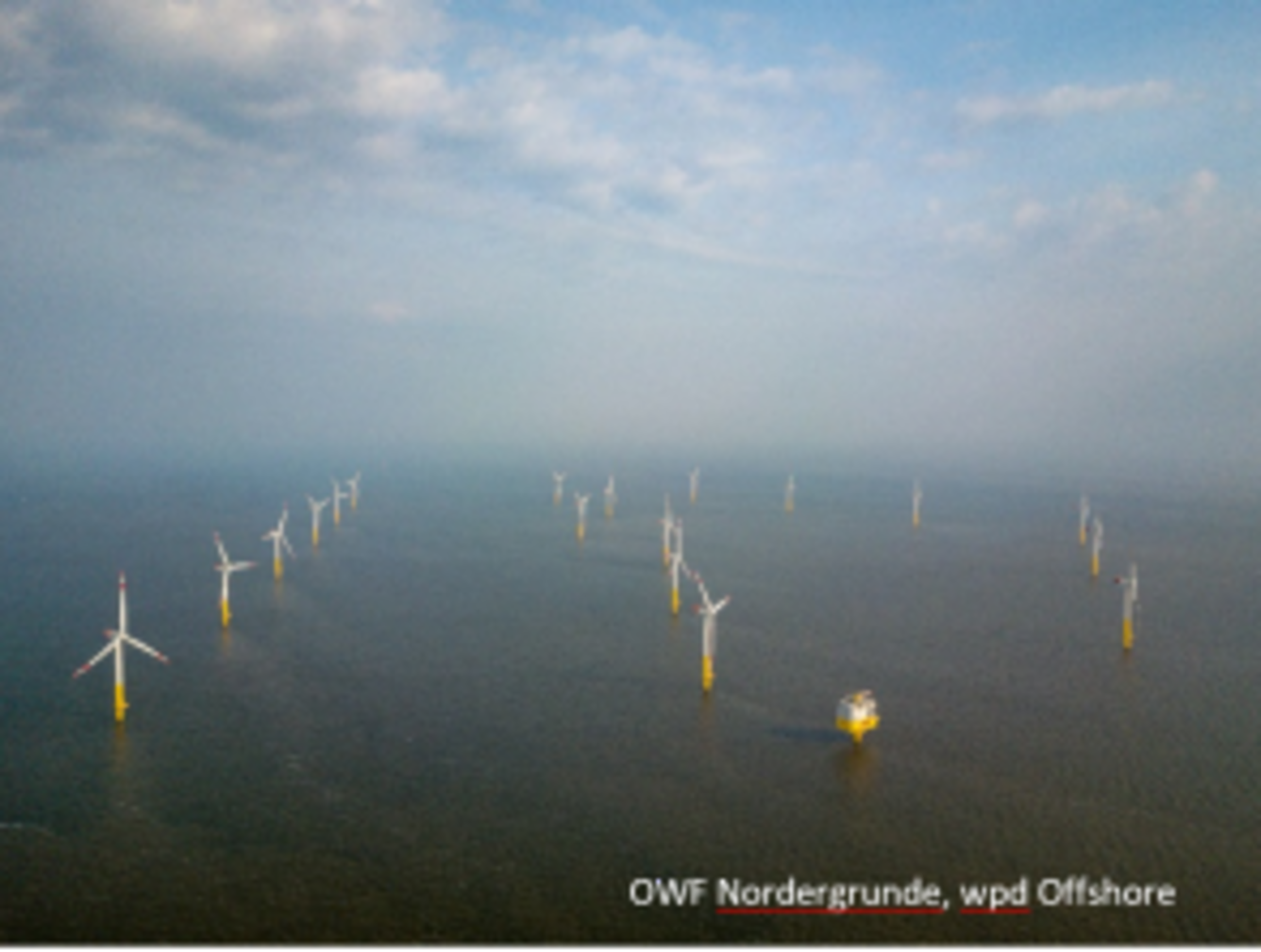 The goal is to achieve a total installed capacity of 600MW, which makes the project one of the most ambitious green hydrogen projects announced in Sweden and Europe. The proposed facility is planned to be built in phases, starting in 2025, and is expected to be in full operation in connection with the commissioning of the Storgrundet wind farm.

The cooperation agreement between the renewable green hydrogen supplier Lhyfe and the wind power company wpd creates a strong partnership for achieving the companies' ambition to become leading suppliers of green hydrogen in Sweden, and also confirms the favourable market situation in the country.

The green hydrogen production site will be located close to and interconnected with the Storgrundet wind farm, in order to guarantee the source of green electricity. Lhyfe will design, build and operate it together with wpd.

The installed power planned for the Storgrundet offshore wind farm is 1 GW, which corresponds approximately to Forsmark's nuclear power reactor No. 1. For optimal utilisation of the hydrogen plant, the planned hydrogen production capacity is 600 MW for a production of about up to 240 tonnes per day.

Both the hydrogen plant and the wind farm will be jointly connected to the power grid, which enables optimization also for the electricity market, providing the conditions for participation in the Swedish regulatory market through support services.

The facility is planned to be located on an industrial site in the municipality of Söderhamn, in close proximity to the Storgrundet offshore wind farm. The conditions for grid connection, access to green electricity and sufficient capacity in the initial phase are described as 'very good' which provides security for establishing the green hydrogen production capacity.

The potential for realising the project at full scale is linked to the development of further processing and/or use of green hydrogen in the same area. The project also sees great potential for connecting to the Nordic Hydrogen Backbone. The various industries and ongoing projects located in the surrounding region represent many potential offtakes for the renewable hydrogen that will be produced on site.

Electricity from offshore wind power used to produce green hydrogen is an attractive substitute for fossil energy and fuels in manufacturing processes and transport. The green hydrogen can supply industry as well as the transport sector with fossil-free energy.

Olle Hedberg, CEO at wpd Offshore Sweden, said Lhyfe possesses the key expertise needed for this type of long-term investment and complements wpd in terms of technical skills. "The project and the collaboration with Lhyfe are an important part of our strategic work in the Swedish market, where we are convinced that hydrogen has a crucial role if we are to meet the energy transition and Sweden's ambitious climate goals," he said.

"The ambition is high, the capacity is solid and the future is secured by us taking the right steps at a fast pace.”

Ola Andersson, Business Manager at Söderhamn Municipality, said it has large assets in good conditions when it comes to suitable industrial sites. "This makes us attractive for new establishments of industries. Hydrogen is a market for the future and I hope that the project can attract other industrial players to establish themselves here."

Hedberg said during the pre-study phase, both parties have seen great international interest from companies such as e-fuel producers and ammonia manufacturers – many international players in these areas are already looking to locate themselves in Sweden. "We see the interest in our plans in Söderhamn as a clear confirmation from the market that we are right out both in time and place," he said.

Arvidsson added that it takes courage and capability to create large-scale green hydrogen production, as a natural connection to the Storgrundet project.

"Together we have both the courage and the capacity, and together with other partners we can make an even bigger impact in deploying the green transition. This significant project also confirms French company Lhyfe's strategic presence in the Swedish market, where the local team is already working on several other large-scale green hydrogen plant projects in the Nordic region.”