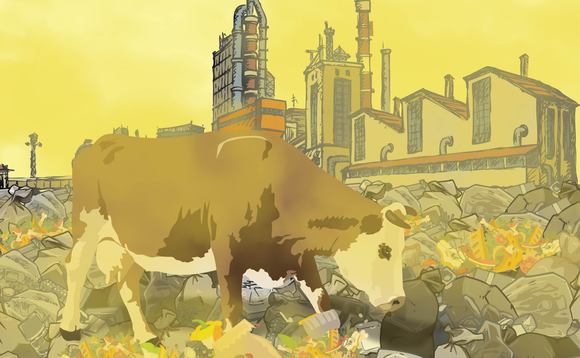 An action plan offering quick and cost-effective ways to slash methane emissions by 45 per cent this decade, has this week been published by the Global Alliance for Incinerator Alternatives (GAIA), Changing Markets Foundation, and the Environmental Investigation Agency (EIA).

The group said that if enacted the plan - which features in a new report titled Methane Matters - would help governments to deliver on the Global Methane Pledge, which was launched by US President Joe Biden and European Commission President Ursula Von der Leyen at the COP26 Climate Summit last year.

More than 110 countries have since signed the Global Methane Pledge, promising to reduce worldwide emissions of methane by 30 per cent by 2030, relative to 2020 levels.

However, the pledge falls short of the 45 per cent reduction which the UN estimates is needed to limit global heating to 1.5C. Moreover, campaigners allege that none of the governments to have signed the pledge have yet set out comprehensive plans to cut emissions across all the three key sectors that drive methane emissions: agriculture, energy, and waste.

This week's report argues that more ambitious and still cost effective measures could slash methane emissions to a level that is in line with a 1.5C trajectory.

For example, on agriculture it argued that while governments' focus on technical fixes, such as animal feed additives, could reduce emissions by 30 million tons a year by 2030, encouraging healthier diets that feature less meat and dairy could cut methane emissions by 80 million tonnes a year over the next few decades and deliver over half the cuts needed to avoid 0.3C of global heating by the 2040s.

Similarly, methane mitigation coupled with a swift deployment of clean and efficient technologies could reduce emissions in the energy sector by around 75 per cent between 2020 and 2030, the authors note.

Meanwhile, the report states that methane emissions in the waste industry could be cut by as much as 95 per cent by 2030 through low cost, scalable, and easy to implement measures focused on waste prevention and the separation and treatment of organic waste. Composting alone could reduce solid waste methane emissions by 78 per cent by 2030, the report states.

Marcello Mena, CEO of The Global Methane Hub, a $330m philanthropic initiative to reduce global methane emissions said: "This new report reminds us that we must deliver, and go beyond the Global Methane Pledge to ensure that we keep warming under 1.5 degrees in the short-term. The sector-by-sector analysis of what must be done provides a clear roadmap that we must implement urgently. It is also a call for deeper, more transformational change."

The report also argues that because methane contributes to the formation of ground-level ozone, a 45 per cent cut in emissions could help prevent 255,000 premature deaths and 775,000 asthma-related hospital visits each year.

Professor Robert Howarth, Earth Systems scientist at Cornell University described methane as the "low hanging fruit of climate action". "This report shows that there are many cheap and effective ways of cutting methane emissions - from investing in energy efficiency and renewables, to supporting a shift to healthier diets with less and better meat and dairy and eliminating waste," he said.

The report comes amidst growing calls to tackle methane leaks and flaring across the global fossil fuel industry, with experts highlighting how soaring gas prices have made it even more cost effective for oil and gas majors to tackle the problem.