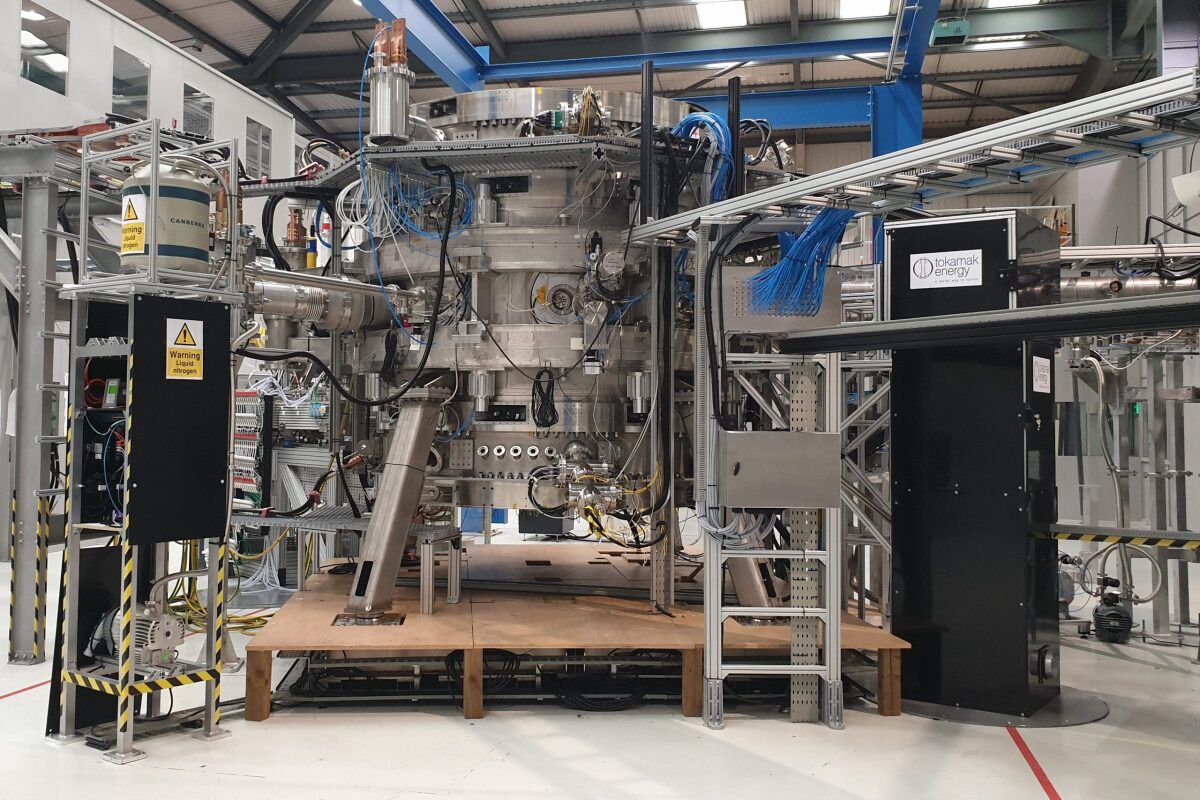 Oxford-based UK tech firm Tokamak Energy has reached a milestone in privately-funded fusion research after its ST-40 spherical tokamak reactor reached a temperature of 100 million °C (180 million °F), which it says is the threshold for commercial fusion energy.

For over 75 years, the promise of a practical fusion reactor has remained frustratingly out of reach, with the promise of one seemingly being just a couple of decades down the line for decades now. However, the implications of such a reactor technology and its ability to supply humanity with a practically unlimited supply of cheap, clean energy is such a game changer that scientists and engineers continue to pursue it.

The principle behind nuclear fusion is relatively simple. Just take hydrogen atoms and subject them to the kind of heat and pressures found inside the Sun long enough for them to fuse together to form heavier atoms and they release enormous amounts of energy in the process.

Unfortunately, this is a classic example of something like a violin, which is easy to play in theory, but incredibly hard to do in practice. Put simply, getting the three main factors (heat, pressure, and time) to balance out in order to produce fusion isn't that hard. In fact, during the 1964 New York World's Fair, an exhibit was staged where the public could watch a bench-top fusion reactor operate in real time for a fraction of a second. The hard part since then has been to come up with a reactor that can produce practical amounts of energy in a steady supply and in amounts greater than has to be put in to start the reaction. 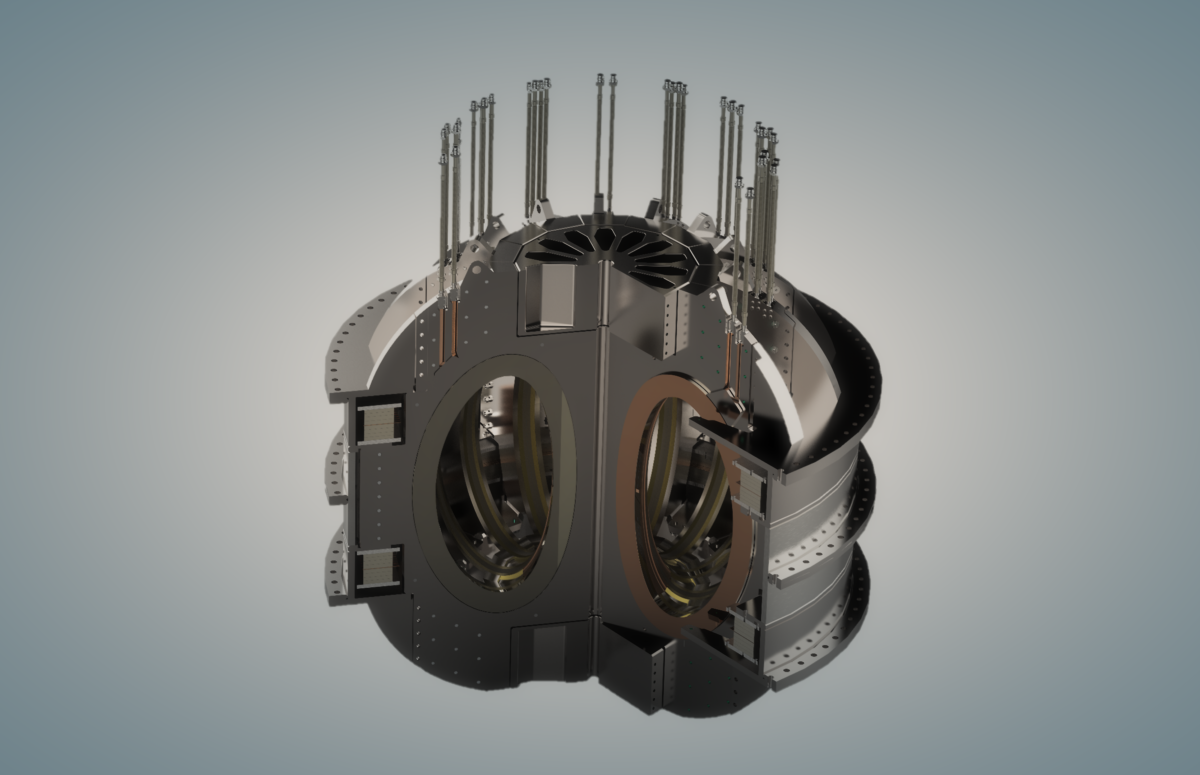 One of the most promising of these is the tokamak reactor, which was first developed in the Soviet Union in the 1950s. The basic design is a hollow ring surrounded by coils that set up a magnetic field inside. The ring contains a vacuum in which hydrogen atoms are introduced. The magnetic field constrains and pinches the atoms as they heat to millions of degrees, stripping them of their electrons and turning them into a plasma as they spin around the ring. When conditions are right, fusion occurs.

Most of the tokamak reactors built in the past 70 years have been government-funded research reactors that have concentrated on learning more about the behavior of hydrogen plasmas and the problems that building a practical reactor will encounter. This means that these tokamaks tend to be extremely large and expensive and channel such enormous amounts of energy that if it's accidentally released the entire machine jumps like an ocean liner taking to the air. 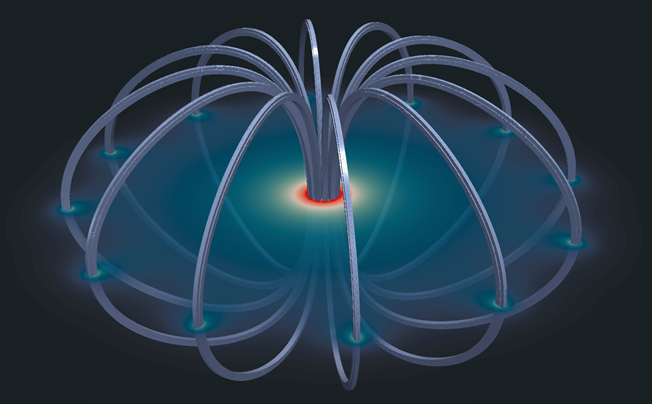 On the other end of the scale are privately-funded reactors like Tokamak Energy's ST40 spherical tokamak. While government reactors have already reached the 100-million °C mark, doing so with a much smaller commercial reactor at a cost of only £50 million (US$70 million) and having this confirmed by outside observers is quite an achievement.

According to the company, the purpose of ST40 is to concentrate on the commercial applications of fusion energy. Specifically, making the reactors economically viable. For this reason, the ST40 is a spherical tokamak.

Where conventional tokamaks have large torus chambers, the spherical reactor is much more compact and replaces the all-encircling magnets with ones that meet in the center of the chamber in the form of a post. This gives the reactor an oblate shape, something like an apple. This allows the magnets to sit closer to the plasma stream, so the magnets are smaller and use less power, yet generate more intense fields.

In addition, the ST40 uses High Temperature Superconducting (HTS) magnets made from rare-earth Barium Copper Oxide (REBCO) and formed into narrow tapes that are less than 0.1 mm thick. These "high temperature" magnets operate at between between -250 and -200 °C (-418 and -328 °F) or roughly the temperature of liquid nitrogen. This makes it much cheaper to keep the reactor magnets cool than ones that rely on liquid helium. 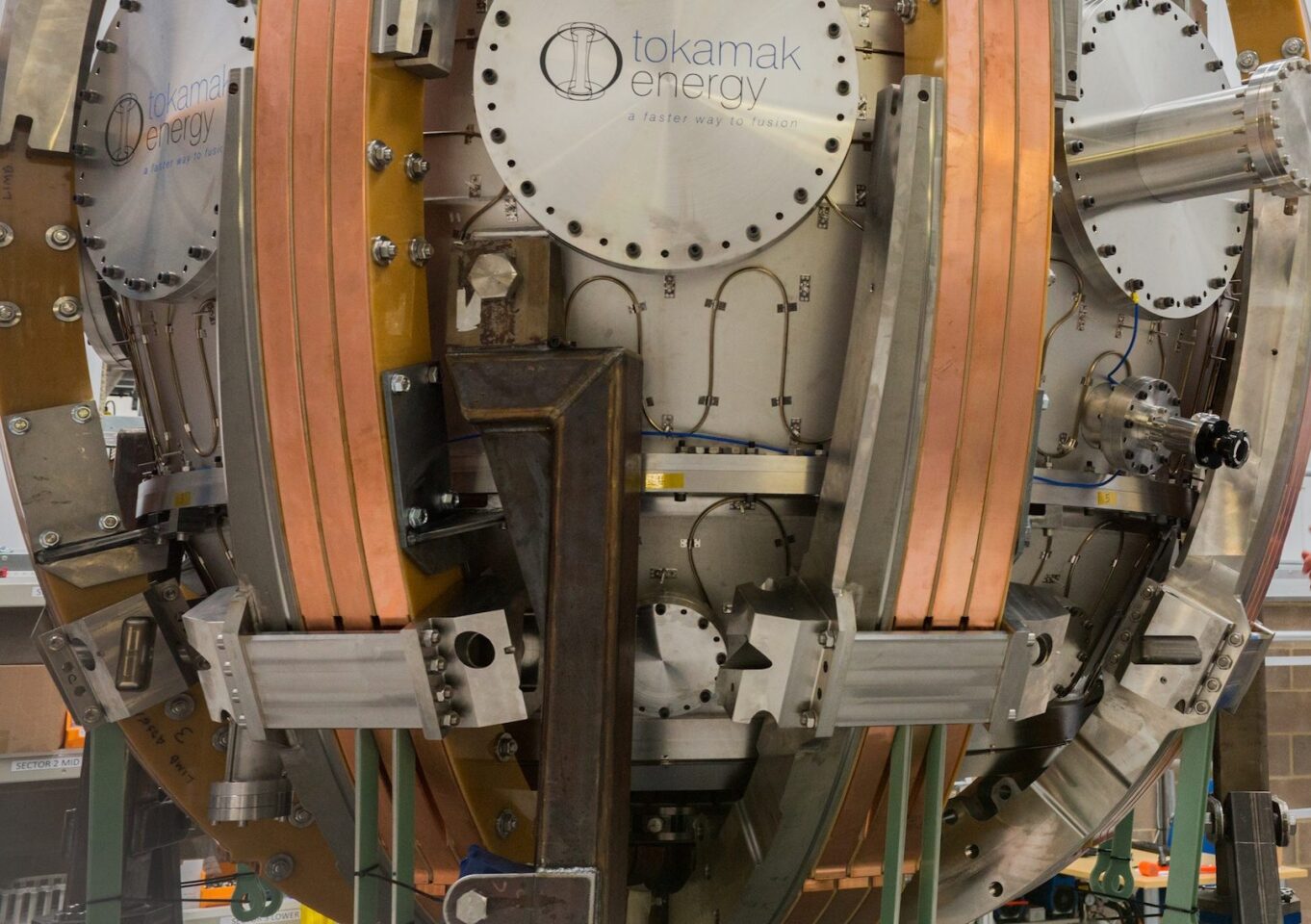 This setup makes for a smaller, simpler reactor where the plasma remains much more stable under conditions that support the fusion reaction. However, the reactor has less overall pressure than conventional tokamaks and the central pillar is vulnerable to decay from the plasma and needs to be replaced regularly.

The company is now at work on a more advanced reactor, the ST-HTS, which will be commissioned in a few years and will hopefully provide information for designing the first true commercial plant in the 2030s.

"We are proud to have achieved this breakthrough which puts us one step closer to providing the world with a new, secure and carbon-free energy source," said Chris Kelsall, CEO of Tokamak Energy. "When combined with HTS magnets, spherical tokamaks represent the optimal route to achieving clean and low-cost commercial fusion energy. Our next device will combine these two world leading technologies for the first time and is central to our mission to deliver low-cost energy with compact fusion modules."

The video below discusses the new record plasma temperature. 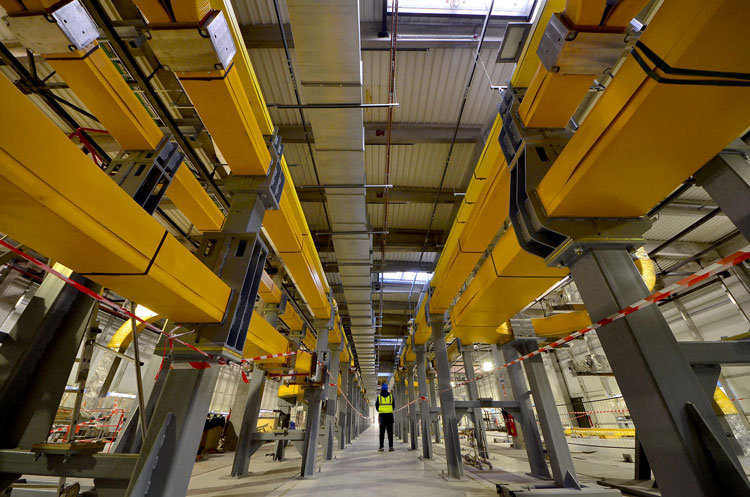 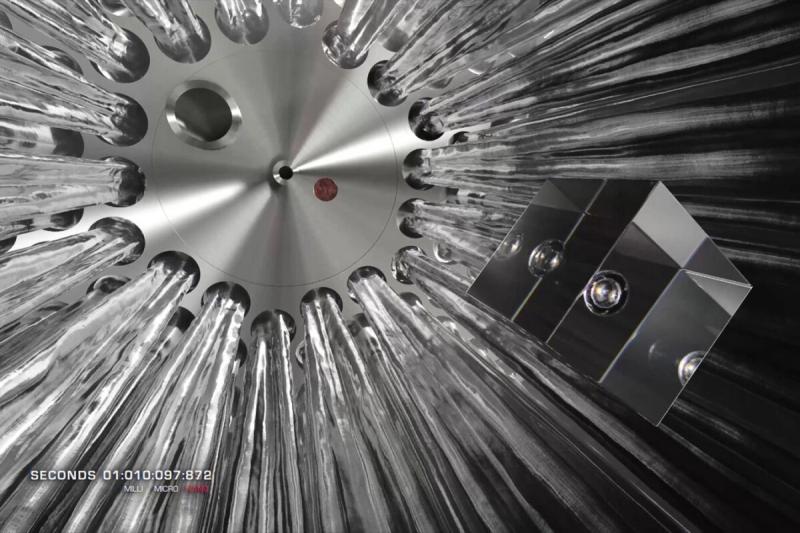