European Oil and Gas Majors’ Exposure to Russia Is Limited

10 Mar 2022  by hellenicshippingnews.com
European oil and gas major’s planned exit from Russia or curtailed operations in the country will have a limited impact on their credit metrics, Fitch Ratings says. 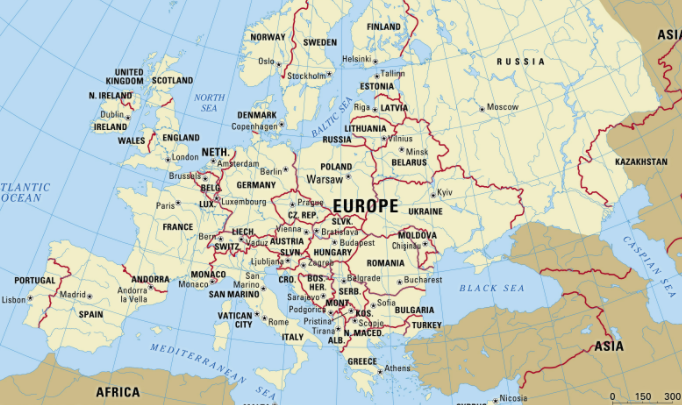 BP and Shell have announced their full exit from Russia. BP’s most significant investment in the country is its 19.75% stake in the largest Russian oil company Rosneft. Rosneft had a modest contribution to BP’s cash flow (about USD600 million in dividends, compared to BP’s EBITDA of USD31 billion in 2021). Furthermore, when analysing BP’s business profile, we focus on production and reserves of consolidated subsidiaries and joint operations. Therefore, BP will not be materially affected by the exit and should be able to maintain its strong business profile underpinned by its large diversified operations.

Shell’s Russian assets include a 27.5% share in the Sakhalin integrated LNG project (a JV with Gazprom) and a 50% interest in Salym Petroleum Development (a JV with Gazprom Neft). These JVs are accounted using an equity method, therefore associated reserves and production have a lower weighting in our assessment of Shell’s business profile. Shell is a diversified company and its supply chain is not reliant on a single region.

Furthermore, we estimate that dividends from the Russian assets amounted to about USD700 million in 2021, which is immaterial compared to Shell’s operating cash flow of USD45.1 billion. We do not factor in any proceeds from a planned disposal in our analysis as the market valuation of the assets could be substantially lower than the current book value.

TotalEnergies said last week it would not make new investments in Russia, but did not plan to withdraw from its existing ones, including stakes in Arctic LNG 2 (which is set to export its first cargo in 2023), Yamal LNG (which is already operational), and a 19.4% stake in Novatek. We estimate dividend income from these assets to be USD0.5 billion, compared to TotalEnergies’ EBITDA of USD42.3 billion in 2021.

A key financial risk for TotalEnergies may come from the potential need to honour a portion of USD3.3 billion guarantees provided by the company to Yamal LNG at end-2020, related to its external financing. It remains uncertain whether Yamal LNG will be able to service its debt in the current sanction regime, but at the moment natural gas projects seem to bear a lower risk compared to oil as the US and potentially other countries are considering a ban on oil imports from Russia.

Eni’s direct exposure to Russia is limited to its 50% stake in the Blue Stream natural gas pipeline to Turkey, which the company intends to sell. We believe this will not affect cash flow as the project did not pay any dividends in 2020-2021. Eni’s key operational exposure is due to its contract with Gazprom, which supplied 22.47 billion cubic metres of gas to the company in 2020. In case of gas supply disruptions, Eni can increase gas production from its equity investments in North Africa and West Africa as alternative supply sources, as well as invoke its contractual protections (such as force majeure clauses). However, our base-case scenario does not incorporate the full curtailment of gas flows, although this cannot be completely ruled out given uncertainties over the Russia-Ukraine conflict.

In addition to relatively low contributions of Russian assets in the diversified business profiles of Fitch-rated European oil and gas majors, higher hydrocarbon prices could offset any potential pressures. All companies posted record profits in 2021 and low leverage, which provide a buffer against increased performance volatility.